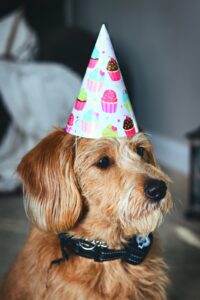 Photo by Tyler Rutherford from unsplash.com

I have a quick fix if you are out of dialogue ideas and/or characterization elements.

Go to a party.

That would have been hard advice to follow a few months ago but the genie is out of the bottle now. Folks are throwing soirees for all sorts of reasons. There are mask-burning gatherings, graduation parties, birthday celebrations, and all sorts of other gatherings. No matter how social-adverse you are (and I’m in the redline there, I assure you. I just fake sociability. For awhile.) someone is going to invite you to a gathering somewhere. Go. Observe. Listen. Heck, with graduation parties you can just follow the signs and balloons and enter, whether you are invited or not. 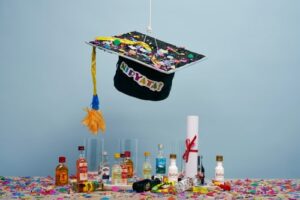 Photo by NIPYATA! from unsplash.com

I went to a graduation party last weekend for a young woman I have known for many years who has finished high school. She is part of one of the best families I have the pleasure to know. Each and every member of the clan is instantly memorable, for different reasons. . We live in the same city in a similar neighborhood. Their home is wonderful. It puts mine to shame. I have a backyard. THEY have a nature preserve.  It has a small barn with a fenced-in corral in which a mini-pony cavorts and takes apple slices from your hand while trying (though not too hard) to avoid stepping on a couple of Flemish rabbits that hop around while merrily depositing chocolate chips, or something like them. There is a separate chicken coop next to the corral, where a rooster and a few chickens warily eye a calico cat who wanders about gazing wistfully through the chicken wire at them (Buddy…I know how you feel). It’s all wonderfully maintained and beautiful. One could spend hours there, just watching. 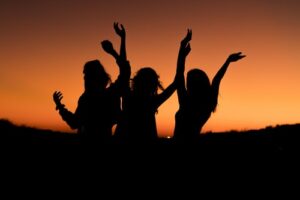 Photo by Levi Guzman from unsplash.com

It is the family’s friends, however, who received the primary focus of my concentration last week. Imagine if the characters of Twin Peaks and Fargo came together for a party, all knew each other, and were benevolent, without a woodchipper in sight. That’s what it was like. I wandered about, aurally dipping into conversations and taking mental notes. I occasionally noticed individuals sitting more or less alone. I beelined over. If people are sitting alone for no apparent reason there is probably a very good one that will eventually manifest itself. You should find out what it is without directly asking. I always check to make sure that there is not a mechanism labeled “Point in Direction of Enemy” within their reach before I fully approach and strike up a conversation point like, “Pretty good ice cream, isn’t it?”

They are going to say something.

It might be anything from “No” to “That isn’t ice cream. I had an accident” to

“Well, it was okay, but we had this Isaly’s in Wadsworth when I was growing up and my dad had just left us and the waitress knew the story and would give us a little extra because it was tough on my mom and everyone knew we didn’t have much and we’d get lunch for free sometimes too but what nobody knew was that Mom ran the Pain Clinic on Medina Street and was making money hand over fist but it was all in cash so we had to be careful, hee heh!”

Now…I did not have that conversation. I did, however, have one with an elderly-looking gentleman (who was actually younger than I am) who appeared unapproachable at first but quickly warmed up when we found a bit of common ground. He noticed the guitar pin on the Santana Mohican fedora I was wearing. It seemed he had played guitar for some time before turning to truck driving. My response to the truck driving information was, “You probably have driven more miles backwards than most folks drive forwards.” He liked that and proceeded to tell me all sorts of stories that were easy to remember because they were extremely interesting and for the most part probably true. I also encountered an individual who I have not seen for awhile and who I am convinced will develop notoriety as a serial murderer within the next five years. He may have started already and just hasn’t been caught yet. That is an entirely different story for another time.

Circling back…I finished up my conversation with my new friend, said goodbye to my hosts and the guest of honor, and then sat in my car for several minutes while I recorded everything that I could remember of what I had heard and seen (yay, Easy Voice Recorder app!).  Everything, because that which might seem inconsequential and uninteresting on a Sunday afternoon might be of use the following Wednesday, in the same way that one might dual-purpose a screwdriver handle for a hammer, or use a party in general for a TKZ topic. 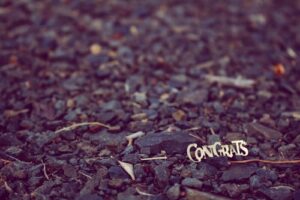 Photo by Dallas Reedy from unsplash.com

I hope that your current weekend is as good as the one I had last week. In the meanwhile…have you ever overheard a conversation that developed into dialogue within your work-in-progress or provided inspiration for a new work? If so, where did it happen? Thanks in advance. 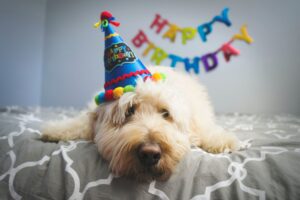 Photo by Hedi Alija from unsplash.com

But wait, there’s more! I would be sorely remiss if I failed to note that TKZ’s Elaine Viets is named on the cover of the new Mystery Scene magazine (Number 168, Summer 2021) and contributes the article “My Book: Death Grip,” in which she discusses her new novel and dive bars. Congratulations all around, Elaine! 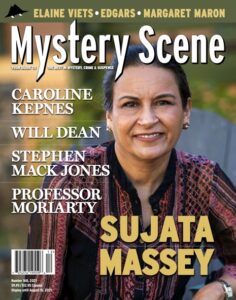