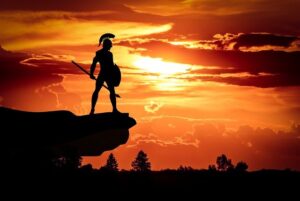 A killer abducted you, bound your wrists and ankles, and dumped you in his lair. You only have a few hours to escape before he returns.

Don’t panic!  I’ve given you a superpower — the ability to change into a fictional hero.

The transformation is now complete.

Who are you? Why did you choose this hero?

41 thoughts on “Reader Friday: Which Hero are You?”