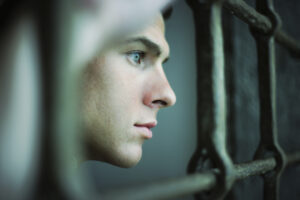 Conflict is EVERYTHING in writing a fictional story. As they say–no conflict, no story. An example might be the difference between describing what happened in your average day (blow by tedious blow) versus sharing the same story but with a driving conflict that smacked you in the face and you had to deal with an escalating problem. A life altering conflict–such as a weird neighbor moving next door or the water that supplies your city suddenly turns into poison.

Conflict Needs Obstacles – Readers love reading about a good fight or a conflict they can relate to, especially if the conflict escalates or there is a sense of urgency to it. Conflict isn’t just about two people fighting or a man or woman against a villain. It’s about throwing obstacles in the way of your main character(s). Make them worthy of a starring role by testing them throughout the story. Conflict needs to be substantial with enough threat to drive the action, to see what the characters will do.

Conflict Won’t Mean Much Without Empathy – It’s key to get the reader engaged in your story through empathy. Conflict wouldn’t mean much if your characters don’t earn sympathy from the reader. Readers will lose interest in unlikable characters. It’s hard to be in the head of someone the reader can’t stand or a character with no redeeming qualities.

Conflict can be Boosted by your Cast of Characters –  What do other characters in your story think of your protagonist? Even a dark anti-hero can give the reader a good impression if a child loves him or a dog follows him everywhere. The people in the life of your hero/heroine can shed light on who they are and make them easier to relate to. Who has their loyalty and why? A cast of well-placed/well-thought-out characters can be strategic to support the protagonist in a conflict.

Conflict Needs Higher or Escalating Stakes – Conflict shouldn’t be something that two people can simply sit down and talk about to fix. Resolution should be hard and challenging. Try pitting two characters against each other who both have admirable opposing goals. Add major roadblocks that escalate based upon each character’s actions. The story should get complicated by their choices and they should pay a consequential price for what they do.

The essence of most conflicts can be in the list below. If you have others to suggest, please list them in your comments.

Classic examples of well-told stories with major conflict are: The Hunger Games series, The Book Thief, Robinson Crusoe, Schindler’s list, Animal Farm, 1984, Moby Dick, The Help, The Picture of Dorian Gray, Frankenstein, The Handmaid’s Tale, and To Kill a Mockingbird.

1.) Person against Person – A conflict between two people or one person against a group. Typically the opposition or villain is the alter-ego of the hero/heroine. This opposite nature allows you to explore the internal weaknesses of your hero/heroine. Don’t waste an opportunity to cross over conflicts with friction that adds tension, but you don’t have to hit your reader over the head with your cleverness. If done right, readers will get it. (See Person Against Self.) For an example of person against person, try any Die Hard movie where Bruce Willis is against ANY arch nemesis.

2.) Person Against Society – A conflict that confronts the law, major institutions, society & culture, or government. It’s David against Goliath, a struggle that feels daunting and is all the more celebrated when the little guy finds a way to win–or more crushing when the hero/heroine must give in. The Help or the Hunger Games or The Handmaid’s Tale are good examples of an oppressive society, culture, or the law.

3.) Person Against Self – A conflict that’s internal where a person struggles with physical weaknesses, prejudices, self-doubt, or personality flaws they must overcome. I would argue that even if you HAVE a main conflict, this should be another facet to your story. Giving a character a weakness or flaw to overcome can make the overarching conflict stronger by testing them. Schindler’s List is a great example of a story where the protagonist must confront his own beliefs and practices to do the right thing.

4.) Person Against God/Religion or Fate – A conflict between a person and their faith, their God, or Free Will versus destiny. This category might feel similar to a conflict of a person with Self or Society, but I like to isolate this conflict because religion and the idea of Free Will vs fate is a compelling one. (I’ve woven this thread through many of my books because it intrigues me.) With Death being the narrator in The Book Thief, it can be an example of how fate played a hand in the character’s lives or how God views the struggles of mankind–friend or foe or bystander.

5.) Person Against Nature – A conflict of a protagonist against the forces of nature (from weather to terrain to battling against the animal kingdom). Nature could also mean the embodiment of one formidable creature, as in Moby Dick, or a species such as in The Birds by Hitchcock.

7.) Person Against Science/Technology – A conflict between a person/humanity against Science or Technology. It’s a given that people generally are skeptical of innovations. Why not make them fearful of them? Create a diabolical villain who creates a technology that is harmful or dangerous for humanity, or discovers a way to rule or manipulate mankind with a new Science. Mary Shelley’s Frankenstein would fit in this conflict element.

FOR DISCUSSION:
1.) What conflict on this list applies to your present project? Explain how.

2.) When you think about books you’ve read with memorable conflict, what books come to mind and why?

21 thoughts on “Key Types of Conflict: Which One Best Fits Your Story?”