When I was a tot in the 1950s, my grandmother lived with us. She smoked Raleigh cigarettes and saved the coupons in her top dresser drawer. 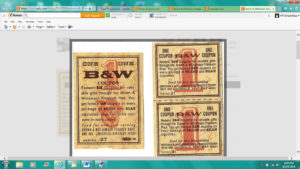 Raleigh cigarette coupons could be redeemed for gifts, keeping smokers loyal and addicted.

The scent of tobacco and Yardley’s English Lavender mingled in a rustic perfume that belonged uniquely to her.

Looking back, I realize how much she influenced me to become a writer. In her clipped British accent, she read Mary Poppins and Dr. Doolitle to me, awakening a love of books. She introduced me to the romance of storytelling as she related her own exciting teenage adventures, like the time she stole a boat and sailed from England to Spain

She also subscribed to the Saturday Evening Post, which she used to teach me to read.

Each week when the magazine arrived by mail, we’d sit in her bedroom and giggle over the cartoons. Hazel was my favorite and became the basis for a popular 1960s TV sit-com starring Shirley Booth as the wise-cracking maid who was smarter than her bosses.

Today, the Saturday Evening Post has endured when most print magazines have disappeared.

Recently the Post unveiled their new website that includes every issue all the way back to 1821. The task of scanning and digitizing tens of thousands of pages took nine years.

For $15/year, subscribers receive six current issues plus access to nearly two hundred years of history. I just subscribed as a fond trip down memory lane because of my grandmother.

However, the deeper I delved into the Post’s archives, the more I realized what a valuable resource this could be for writers of historical fiction. Nearly two hundred years of American life are collected in one convenient location. I soon got lost in bygone eras.

Below are a few ideas how the Post archives can enliven your historical fiction:

Language: Reading prose written during your chosen era helps you better capture the particular phrasing, jargon, and speech rhythms of the time.

In an example from 1821, a fanciful story features a talking mirror warning readers about vanity with this snippet of dialogue:

“How many charming creatures have I spoiled, and made beauty the greatest misfortune that could befal [sic] them! . . . Alas, why was I made a Looking glass?”

Contrast that flowery style with the terse dialogue from Alastair MacLean’s 1960 short story, Night Without End:

“From now on, Zagero, you and Levin ride with a gun trained on you!” Mason snapped. 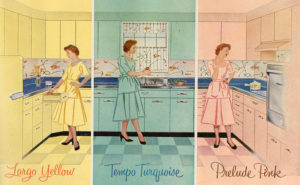 I was drawn to advertisements for home appliances from the 1950s, recalling brands like Kelvinator and Hotpoint, and refrigerators in a choice of colors like pink and turquoise.

Employment: In the 1910s and ’20s, many ads featured motor oil, tires, and batteries, reflecting industrialization as society changed from carriages to automobiles. A character living in Ohio then might work at the Timken Roller Bearing Company in Canton or manufacture Grande Cord tires at the Republic Rubber Corporation in Youngstown.

Styles: Fashion illustrations in the Post showcase clothing, shoes, and hairstyles of each era. In 1927, a female character might straighten the seam lines on her Realsilk hosiery while her husband shines his stylish Selz shoes. 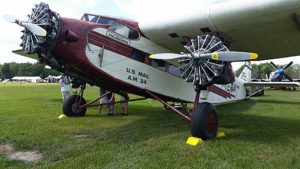 Transportation: In the span of two hundred years, horse-drawn carriages and stagecoaches were replaced by trains and steamships which gave way to airlines like Pan American and Trans World Airways. Automobile ads from the early twentieth century feature now-forgotten brands your characters might drive, like Hupmobile, DeSoto, and LaSalle. Or they might fly on a Ford Tri-Motor.

Health/Medical: In the 1960s, ads for Chesterfield, Pall Mall, and Viceroy played counterpoint to feature articles like “Crash Effort for a Safer Cigarette” from April, 1964. By the 1990s, the Post’s focus had shifted to breakthrough medical developments, with nary a cigarette ad to be found.

Warning: resist the temptation to pack in too many details simply because you don’t want to waste the research. Use only as many as are needed to capture the flavor of the era.

Perspective: By reading Post issues prior to a major historical event, the author can find insights into what precipitated the event.

I found one example in a cautionary article from 1900 by a young member of the British Parliament named Winston Churchill. He warned that a complacent citizenry and a weak, underfunded military could lead to future conflicts. His predictions came true in 1914 with the Great War. By 1940, he became Prime Minister and led the Allies against the Axis in World War II.

Political Issues: Letters to the editor illustrate why people believed and thought the way they did at the time. They voiced opinions based on how certain topics affected them that day, without knowing what was in store in the future. Articles, bios, and op-eds from the Post can lend authenticity to the attitudes of your characters during a given period.

For instance, in early 1960, the Post interviewed then-candidate John F. Kennedy. At the time, Pope John XXIII mandated a total ban on birth control. When JFK, a Catholic, was asked about his position, he stated: “Our government does not advocate any policy concerning birth control here in the United States.”

Letters to the editor expressed concern that JFK’s Catholicism would sway his political direction. In the 1960 election, separation of church and state was considered a critical issue.

By 1962, that concern was overshadowed by the Cuban missile crisis. As Americans stockpiled canned food and built backyard bomb shelters in anticipation of nuclear attack, JFK’s religion faded into a non-issue.

Authors and readers of historical fiction have foreknowledge. We know the North won the Civil War. However, story characters in 1860 can’t know that. Character A may feel optimistic about a certain event while character B views that same event with trepidation. The difference in opinion amplifies conflict between A and B. Plus, the reader feels an added layer of tension, knowing that event will soon lead to the bloody battle between the Union and the Confederacy.

Obviously, I fell way down the vast rabbit hole in the Saturday Evening Post archives. I’ll be back for more visits to the archives that refresh memories of my grandmother as well as tidbits about bygone days.

TKZers, what are your favorite historical references? Does reading about history tempt you to write about it?

Please check out my thriller Instrument of the Devil, on sale for $.99 until November 15 on Amazon.