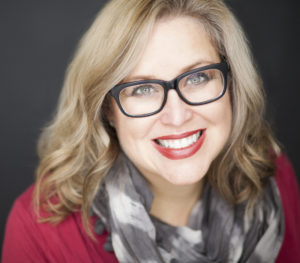 Author J.T. Ellison doesn’t just write USA Today and New York Times bestselling novels, and short stories. She’s also co-host of an Emmy-winning literary television series called A Word on Words, and is the owner of the independent Two Tales Press.
She’s wearing her publisher/editor hat on her visit here today. In addition to publishing a large number of her own new and backlist short stories at Two Tales Press, she’s edited and published two themed, multi-author, short fiction anthologies–DEAD ENDS and A THOUSAND DOORS–that contain the work of some pretty incredible writers.
J.T. and I debuted at ITW’s Thrillerfest together about a million years ago, and haven’t lost touch since.
Welcome, J.T.!
Given that you’re widely and prolifically published with traditional publishers, what led you to start your own press?
Honestly, you did! I loved what you and your husband, Pinckney Benedict, were doing with your small press anthologies. I was honored to participate in 2 of them, and I saw just how cool the process was. I had a number of short stories, published and unpublished, that I had the rights to. I pulled them together in a small collection, made a cover, and published it on Amazon. It was never really meant to turn into a side project, it was simply a way to monetize some creative. I was surprised by how easy it was, and how quickly it sold. I fear I am an impatient sort, and I greatly dislike rejection, so instead of submitting subsequent stories to the normal channels, I just started popping them up for sale.
Then, I had a standalone novel that didn’t sell, and I had to think long and hard about this process. Indie publishing was taking off, and since I’m the entrepreneurial sort, I decided to publish it myself.  I also began the process of revising my first, unpublished novel to appear in a bundle put together by the divine Brenda Novak, with the express thought that I would eventually publish it myself as a prequel to the Taylor Jackson series. I hired an assistant, knowing it was going to take a lot of effort to put out two novels myself. We started building the major and necessary infrastructure — accounts with Ingram and Baker & Taylor for printing and distribution, online accounts with all the channels, establishing library contacts, finding editors and artists.
Of course, the universe is a funny place. During this process, the standalone received interest from a traditional publisher, then my publisher expressed an interest in the series prequel. I am always going to default to traditional publishing for novels, and so I accepted both offers.
But I had an infrastructure built, and nothing to publish. I debated opening Two Tales for submissions, and quickly walked away from that idea. I know there is awesome work out there that deserves a home, but I want to be a writer, not a publisher.
Anthologies, though, don’t pose the same commitment as being responsible for someone’s livelihood. I knew I could raise awareness for some underrepresented voices as well as share the stage with some major talent. It felt like a good fit, a win-win for all involved.
It’s not about making money for me. It’s about how I can help raise awareness for a multitude of voices at once. It’s my way of giving back. 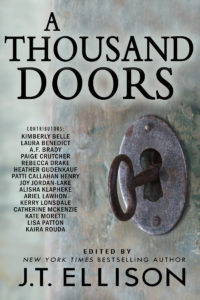 You’ve done two anthologies, DEAD ENDS and the newly-released A THOUSAND DOORS. Tell us where the ideas for each came from.
DEAD ENDS came out of a class I taught several years ago. I gave my students several photographs as writing prompts, and one was this über creepy house. And I’ve always said you can give ten writers the same concept or photo to write about and get ten different stories. I set out to prove my thesis. Every writer was given the same photo, and there were two rules — the house had to be in the story (the story didn’t have to be in the house) and it had to be set in the south. No story was alike; it was absolutely perfect!
A THOUSAND DOORS was different. Since 2007, I’ve been carrying around the concept of a young woman who is murdered, and as she dies, experiences all the lives she could have led. I’d planned on writing it myself, but something always got in the way. I finally realized I needed help, and the idea for the anthology — which is really a novel — was born.  The structure of the main character living multiple lives lent itself perfectly to having multiple authors on the project. It’s like a TV show — I was the show runner, and the authors my writing room.
I built some parameters for each story (specifically that the character, Mia Jensen, was a certain height, a certain natural hair and eye color, that she had to make a choice in the story, hear a loud noise, and have a ringing phone, all of which tied specifically to the real life she was living), shared the series of lives I’d envisioned but also opened the door to other ideas, and boom goes the dynamite.
Did you consider a traditional route for your anthologies?
For DEAD ENDS, no. It was meant to be a jumping off point for Two Tales, especially if I changed my mind and decided to publish other authors (which I’ve considered several times, but see being responsible for livelihoods, above.)
For A THOUSAND DOORS, I debated it. My assistant had moved to another position and I was left to do all the heavy lifting myself. In retrospect, I probably should have all-stopped and given it to my agent to try and sell, but I’m stubborn, and I thought I could do it. I didn’t realize just how much work it would entail, because the scope of this one is bigger than anything I’ve ever attempted myself, but every time I see the book reviewed, every time I see it on a shelf, every time it pops up in a Twitter feed, I feel a deep sense of satisfaction that I truly made something from scratch. It’s a very powerful feeling. 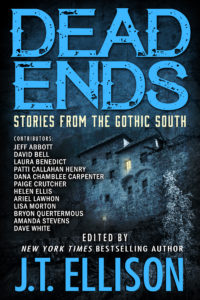 How did you select contributors for each of your anthologies?
I am blessed to be surrounded by incredibly talented friends. I’m also a big reader, and there are writers I absolutely love who I wanted to participate. For DEAD ENDS, I reached out to some people who’d given me a break when I was first starting out, begged some friends whose profiles were high enough to make an impact, and asked for stories from a couple of new to me authors, too.
For A THOUSAND DOORS, I went top shelf, all the way. It’s such a high concept, I knew I needed exceptional authors  who were also bestsellers to help me realize the goals. The story was so close to my heart, and I wanted it to feel as real and organic as possible. I tapped an all-female team of powerhouse writers and upcoming stars, and I felt like the voices all meshed perfectly.
What do you enjoy about editing anthologies?
Having a concept executed by authors much more talented than I. But it’s more. There is nothing I love more than a reviewer who says they’re going to go try the authors in the anthology, or they hadn’t ever heard of this writer or that one before but plan to fix that. I love introducing my readers to new books by great writers — these are the ultimate sampler albums.
You’ve done audio for both anthologies. How did that work?
I actually wasn’t planning to do audio for DEAD ENDS,  but a narrator who’d read it reached out and offered to work with me on it. She even went so far as to record two stories for me as a sample of her work. We then worked in ACX to get the entire manuscript recorded. It was a lot of fun. I did another project with her through ACX, too. Only one problem. Audio is expensive! Really, really expensive. And ACX sets your price, so the controls you might have with another format are gone. It makes it less-than-cost effective.
Knowing I was going to have a hard time putting together an audio budget that would work for A THOUSAND DOORS, I opened the door with my agent to a traditional audio sale. Happily, Brilliance Audio bought the rights and we will be releasing early next year. I can’t wait to hear Mia come to life.
What is the most challenging part of being a small publisher?
The time it takes to make sure all the details are handled. Every day, something pops up that I need to handle. When there’s a full publishing team, each division has its responsibilities and you can manage those aspects easily. When you’re the publisher, and you’re a one-woman shop, like I am, it’s all up to you. You are all the departments — editing, marketing, advertising, art, sales, distribution, PR, oh, and writer, too. To do this properly–and I refuse to do anything less–means sinking a lot of time and money into the project. I love the control, but I don’t love how much time it takes away from my work.
*Since you’ve been in the driver’s seat on anthologies before, Laura, I’d love to hear your side of this process as well. What do you think worked well for A THOUSAND DOORS? What advice would you give to authors who want to try putting together anthologies?
Thank you for having me back to THE KILL ZONE! It’s always a pleasure.
TKZers! I’ll address J.T.’s question in the comments. Have you contributed to, edited, or published anthologies? What was your experience? As a reader, do you enjoy sampling stories by many writers in one book?
—
New York Times and USA Today bestselling author J.T. Ellison writes standalone domestic noir and psychological thriller series, the latter starring Nashville Homicide Lt. Taylor Jackson and medical examiner Dr. Samantha Owens, and pens the international thriller series “A Brit in the FBI” with #1 New York Times bestselling author Catherine Coulter. Cohost of the EMMY Award-winning literary television series A Word on Words, Ellison lives in Nashville with her husband and twin kittens.
+3

15 thoughts on “The More The Merrier: J.T. Ellison on Publishing Anthologies”