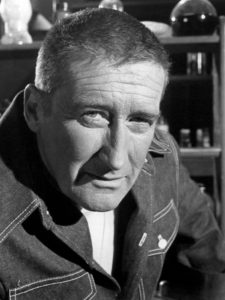 “Those big-shot writers could never dig the fact that there are more salted peanuts consumed than caviar.”

So said one of the all-time bestselling writers, Mickey Spillane. He was always getting bad-mouthed by literary writers (most famously Hemingway) for succeeding in the sweatshop of mass market paperback fiction. Many “big-shot writers” who wrote beautiful sentences did not take it well that this hardboiled typist was outselling them ten thousand to one.

I thought about that quote recently as I listened to an agent and editor on a panel discussing “up-market fiction.” That seems to be what “everyone is looking for” in the traditional publishing world. But what the heck is it?

A few years ago, Chuck Sambuchino, of Writer’s Digest, defined “up-market” this way:

Simply put, it’s fiction that blends the line between commercial and literary. To further examine this, let’s break down those two terms. Commercial fiction, essentially, refers to novels that fall into a typical genre (thriller, let’s say). Commercial fiction can sell very well because it usually has a tight premise/logline (“Someone is trying to kill the president!”) and people like reading a category like thrillers because it’s exciting. Literary fiction refers to novels that don’t fit into any standard genre classification – romance, mystery, sci-fi, for example. Literary fiction requires the highest command of the language. Not pretentious, over-the-top purple prose – just simply excellent writing. Literary fiction has a harder time selling because it’s not easily defined, and sometimes the premise is not easily explained (or just isn’t that exciting).

So that brings us to “upmarket.” EVERYONE is looking for this genre. “But why, Chuck?” Well, think about it. It’s literary fiction, so it’s pretty damn good writing, but it has commercial potential. It has the ability to infiltrate lots of book clubs and start discussions and take off as a product. It’s a win-win for everyone. I’ve heard a lot of agents say that they are looking for “literary fiction with a commercial appeal,” or something like that. Well, one word that does the job of those six is “upmarket,” and that’s why you hear it so much.

The article went on to quote agent Kristin Nelson, who said, “Really, editors are looking for literary writers who can tackle the more commercial themes in a way that’s fresh and well constructed.”

I guess I understand. But let me say, first of all, I don’t believe a collection of “beautiful sentences” necessarily adds up to a quality literary novel. If you’d like to find out why, read the famous (or infamous, depending on your point of view) essay called A Reader’s Manifesto.

On the other hand, lovely prose in service to story can indeed elevate the fictive dream. I give you, e.g., White Oleander by Janet Fitch.

It’s an interesting balance to consider. My approach is to start with plot and then consider my sentences, rather than start with style and root around for a plot. Therefore I counsel: Don’t write to impress your readers; write to distress your characters.

When I write a sentence I don’t want it to pull the reader out of the story by being either a) clunky; or b) purple. If there’s to be some “poetry” in the prose, I want it to be, as John D. MacDonald put it, “unobtrusive.”

To bring things back to Mr. Spillane, his writing was favorably contrasted to Thomas Wolfe’s in an essay by, of all people, Ayn Rand. And it seems to me she was right. Wolfe’s sentences often get in my way (I wrote about that here). But Spillane’s pull me into the story world. Read the opening of One Lonely Night sometime.

So just to be clear, I really do love a bit of caviar now and then. But I’ll take a bag of salted peanuts anytime—and will likely finish the whole darn thing.

So what repast do you prefer—caviar or peanuts? Do you think about writing “up market”?

36 thoughts on “How Beautiful Should Your Sentences Be?”