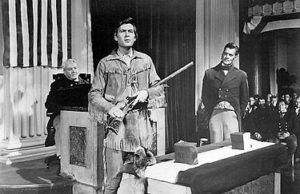 One of our TKZ regulars reached out and sent me a photo of his Davy Crockett attire when he was a lad after he read my post – “Nostalgia time: What TV show from your childhood Influenced you?”Nice raccoon hat, Dave. Don’t shoot your eye out.

Remember when we were kids and a TV show could inspire adventure in your life where you imagined YOU were Davy Crockett. We didn’t need much to entertain ourselves. An empty cardboard box became a fortress or a robotic monster. Things that people discarded became whatever we imagined them to be. Entertainment was cheap.

Dave’s photo reminded me of all the things my family did as kids. I came from a big family of 5 siblings and 2 parents. We were all about the same age as kids, around a year or two apart, so we hung out together in “the hood.” 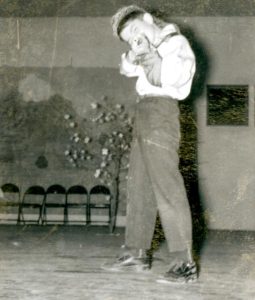 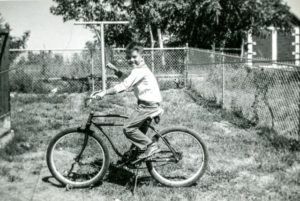 Nice bike, Dave. You and I have clothes lines in common.

When I was Dave’s age in this photo, I loved my westerns and read every horse book I could find. As kids during our summers out of school, my sibs (2 brothers and 2 sisters) would leave our home after breakfast and we stayed out all day. We built forts from fallen tree limbs and old boards, searched for arrowheads, rescued wounded baby animals, or launched rotten fruit fights with our rivals. We lived in a rural setting outside San Antonio and didn’t have many neighbors, especially girls. We had to make due with boys as friends. 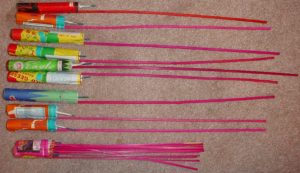 When fireworks were in season, we changed our weapons of choice to include bottle rockets shot from empty Coke bottles and staged a major offensive with the neighbor kids. A turned over picnic table was our command bunker. My older brother (our General) thought he’d be invincible if he wore a heavily padded and hooded jacket so the bottle rockets would bounce off him. That worked…for awhile.

I stood at his side when he took aim at a neighbor boy standing in his yard two houses down. My big bro held his Coke bottle and I lit the fuse. When the rocket took off, it switched course and zeroed back on him – got caught in his hood – and his head turned into spiraling, scorching roman candle with the pungent stench of burning hair. Yes, he could’ve lost an eye, but a scorched head is funny to a kid and gave him bragging rights that he survived. My older brother later served a career in the US Air Force and even became a base commander. Needless to say, stories from our “hood,” stayed in the “hood.”

During long summers, we had time on our hands and plenty of imagination. Even then I had a passion for writing and I would write parody scripts based on some of our favorite TV shows, complete with mock commercials. The Tremenderosa was born, replete with sound effects and recorded on audio cassette. My siblings would act out the parts, we’d experiment with sound effects and had a blast making our own audio recorded productions. Later, when I had access to my high school video equipment, we would do class projects with better equipment and my sisters and I did our own production of JABBERWOCKY, a nonsensical poem of made up words by Lewis Carroll that inspired us. My sisters and I still know the words.

My dad wasn’t allowed to have pets as a kid. His mother didn’t approve, but he made up for what he didn’t have by seeing his kids had a menagerie of odd animals in our backyard. We charged admission to the kids in our neighborhood, just to see our ZOO. We nursed wild animals back to health for release into the wild and we raised goats, dogs, horses, fish, exotic birds (a Toucan and various parrots), an iguana and baby crocodile, rabbits, raccoons, lizards and snakes, and various breeds of exotic chickens and guinea fowl (nasty buggers). 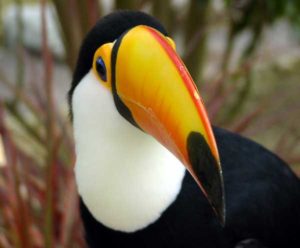 We never wanted for anything. We didn’t have a lot of money, but my parents made sure we attended private Catholic schools, had food on the table and nice clothes. At Christmas, we had all the excesses – including a weird metal roller coaster set up in our front yard and a zip line from a tall tree that dropped us at the mailbox at the street. We had toys, but we still preferred roaming the acres around us with our neighborhood “gangs.” 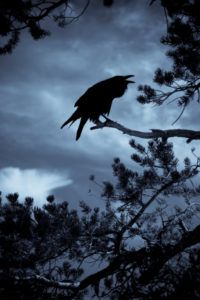 When we got a Ouija Board, all of us got into it and conjured ghosts we thought would scare the others. Halloween was a great time to scare the neighbor kids and we set up our house with sounds and things that rustled through the brush as kids would make the long trek up our driveway for candy. They would rarely make it to the front door. My young bro would rig wires to make things move across the porch and zip out from nowhere to attack them by air. Once they started to run, the rest of us would chase them in the dark, screaming. We got to keep the candy they didn’t stick around for.

My dad fancied himself a gourmet cook, even though my mom always made better homemade food. But that meant dad was always trying new stuff, like pig roasting or goat over a fire pit. We were always trying weird foods. Again, it helped us become adventuresome and willing to try new things. 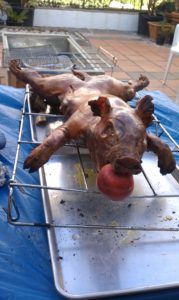 All of these memories inspired my imagination when I became a writer. I didn’t have to rely on scary movies to get the adrenaline pumping. I created my own horror show on the front lawn with neighbor kids as guinea pigs. We learned stealth and war time strategy from our firework assaults and as girls, my sisters and I learned about boys and how they thought and acted.

My childhood became a treasure trove of inspirations for me as a writer that I still draw upon. One of my greatest joys is to relive those years with my siblings since we are blessed to still have our parents with us. When we go on our annual family retreats, we still play jokes on each other and play games and tell stories around a campfire. I’ve been blessed with life experiences that fuel my passion to write. How about you?

1.) Share some of the childhood stories that still inspire you as a writer.

2.) When you write a particularly scary or dramatic scene, what experiences do you draw from to make those scenes real?

16 thoughts on “A Writer’s Imagination is a Nurtured Gift”