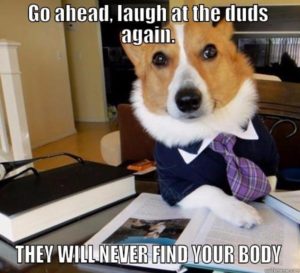 I love writing pets into my stories. Not only is a great way to show a killer’s soft side, but they’ve become important family members for my main characters. In my stories, I’ve used a Rottweiler, English Mastiff, St. Bernard, a calico, tabby, and all-black cat, pet crows, and a black bear.

I’ve even borrowed a friend’s Bulldog, but I felt so responsible for him, I couldn’t include him like I’d originally planned. God forbid I returned him emotionally scarred from the experience. It’s much safer to create a fictional pet.

Need a way to show your character’s quirky side? Include a bearded dragon, snapping turtle, boa, tarantula, or exotic bird.

Is your character adventurous? Give him a pet moose, lion, leopard, or tiger to love. How ‘bout a pet elephant? When writing about pets let your imagination soar.

Fit the pet to a specific character to cue readers about their personality. By using well-thought-out animals, it can say a lot about who they are, where they live, or even, their state of mind. It’s also fun to juxtapose. Give a tattooed biker a Chihuahua or toy poodle. Readers will love it!

If you kill the pet, you better have a damn good reason for it, a reason readers will understand.

For example, not long ago my husband and I watched John Wick. [SPOILER ALERT] I fell in love with the Beagle puppy his dead wife sent from the grave. When the bad guys murdered the dog I almost shut off the movie. If my husband hadn’t begged me to keep watching, that would’ve been it for me. Turns out, this moment kicked off the quest (First Plot Point in story structure). Not only is it an important scene, but if it didn’t happen there’d be no story. See? Understandable reason why he had to die. John Wick would not have gone ballistic over a stolen car. The puppy was the only thing left he cared about. It had to happen.

The safer option is to not harm the pets.

Why Does the Character Have That Specific Pet?

As I mentioned earlier, you need to know why the character chose that pet. Is he lonely? Does a couple use their pets to fill a maternal/paternal need? Are you using that pet as a way to show the character’s soft side? Does the pet become the only one who’ll listen to their fears, sorrow, or hidden secrets? In other words, for an introverted character, pets can assume a larger role in the story so your character isn’t talking to him/herself.

As the writer, you need to know why that dog, cat, bird, lizard, or bear is in the story and what role they play. Does a K9 cop track criminals? Did your criminal character train a horse to be the getaway driver? Does the killer feed his pet hogs or gators human flesh? Knowing why that fictional pet exists is crucial.

Animal lovers know each pet has his/her own personality. If you’ve never owned the pets you’re writing about, then I suggest doing a ton of research till you feel like you have. For example, while writing Blessed Mayhem I needed to know how crows communicated and how people could interpret their calls. What separated a crow from a raven, what they felt like, what they smelled like, what foods they enjoyed most. In order to make the characters real I spent countless hours of research into the life of crows. I even went so far as to befriend a crow of my mine. Turns out, Poe was female. It didn’t take long for her to bring her mate, Edgar. When they had chicks, they brought them too. It’s turned into a very special experience (story for another time).

What Does the Pet Look Like and How Does S/he Act?

First, you must know the basics … their markings, voice, breed, habitat, diet, etc. Then delve deeper into the expressions they make when they’re happy, content, sleeping, aggravated, and downright pissed off. Every animal has their own unique personality, mannerisms, and traits. Evoke the reader’s five senses. Don’t just concentrate on sight. By tapping into deeper areas, our fictional pets come alive on the page. A scene where the hero or villain cuddles with a pet can add a nice break from the tension, a chance to give the reader a moment to catch their breath before plunging them back into the suspense.

Plus, pets are fun to write.

Does the Basset Hound snore so loudly he keeps the rest of the family awake? Is he now banished to the garage at night? Does the German Shepherd’s feet twitch when he’s dreaming? Does the Mastiff throw his owner the stink-eye when he can’t reach his favorite toy?

Let’s talk dogs. They do more than bark. Use their full range of grunts, moans, groans, happy chirps, and playful growls when your character plays tug-of-war. For cats, nothing is more soothing than a purr rattling in their throat as your character drifts asleep. Soft claws can massage their back after a brutal day.

Years ago, I had a pet turkey who used to love to slide his beak down each strand of my hair. This was one of the ways Lou showed affection. I’d sit in a lounge chair with a second lounge Papa Bear lounge chair behind me, and Lou would work his magic till I became putty in his beak. He knew it, too. After all that hard work, I couldn’t deny him his favorite treats.

Need an already-creepy area to become even more menacing? Have vultures, eagles, or other carrion birds circle overhead. Use coyotes’ eerie chorus of howls. Crickets and tree frogs symbolize a desolate country milieu or swampland.

Dead silence also works well, but sometimes you need that extra oomph to evoke the correct emotional response. Anyone who’s ever spent time outside, in the dark, with only wildlife around for miles, can tell you their calls have a way of raising all your tiny body hairs at once.

Ever hear a Fisher cat? Their cries sound like a baby being slaughtered. This the best YouTube video I could find, but around here they’re even more sinister. When a Fisher cat screams it’s a tough sound to ignore.

If your character is camping or lost in the woods, ground the reader with the songs of nature and a crackling fire.

Near a lake, use water lapping against the shore.

Listening to nature and animal sounds can also be a great way to trigger the muse.

If your characters are snuggling with a pet in the first few chapters, then you must include them in later scenes as well. Otherwise, the home environment won’t ring true. Where’d the dog go? He was in Chapter Three and now, he’s gone. What happened to him? Animal lovers will notice his/her absence.

If your villain is killed and you’ve gone to great lengths to show how much he loves his dogs, then make sure the reader knows what’ll happen to those dogs after his death. Did your hero just orphan them? Or did the villain write them into his will? Maybe he or she has a family member that will care for the dogs. The tiny details matter. Think of it in terms of yourself. If you own an African Gray, then chances are s/he will outlive you. What provisions have you set in place for his/her care after you’re gone? Same goes for fictional pets.

Everyone ages, even fictional pets. Sometimes the years aren’t kind. Does your dog character limp from arthritis? Then you can’t let him charge out the door with a spring in his step. He needs to lumber into a room. He’s slower than your younger animal characters. His muzzle now has gray. Around the eyes are graying too. Maybe he takes medication for achy joints. By including the aging process readers can relate. We’ve all had older pets, and it broke our hearts to see them age. Unfortunately, your fictional pet needs to age. We can prolong this process, but we need to at least show them slowing down. By doing so, we can also show the emotional angst it causes our character to see them this way.

Does your fictional dog have a favorite squeaky toy? Does your cat like to get high on catnip? Maybe s/he knows where your character stashes the bag, and every time they leave the house the cat gets wasted. Maybe your character goes to the local butcher every Saturday to buy the family dog a bone. If your fictional dog is panting in the summer heat, please give him a bowl of water to cool off. Whatever you do, don’t lock him inside a car in ninety-degree heat.

Have fun with your fictional pets. I do. They’re some of my favorite characters to write.

What are some ways you’ve used pets in your writing? Have you ever created an exotic pet? 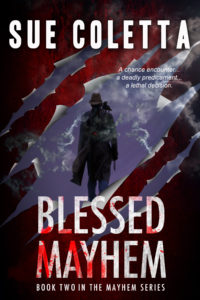 2017 winner of #RBRT Readers’ Choice Award in Mystery/Thriller. Available in paperback and ebook. Look inside HERE.

24 thoughts on “Tips to Include Pets in Fiction”