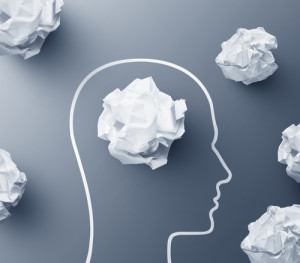 Have you ever sat in front of your word processor, waiting in vain for words to flow? How can a writer reclaim her creative muse when her “boys in the basement” go radio silent?

This topic–breaking through writer’s block–is of particular interest to me. I’m one of those people who alternates between periods of intense, almost compulsive creative activity, and long stretches of floundering in a creative trough. So it was very heartening to read that  science offers strategies that can help people like me produce more consistently.

In an article published in WD in 2012, Mike Bechtle argued that mere willpower is not the most effective solution for breaking through writer’s block. He suggests that we rewire our brains to get back into the “flow”.

Here were my major takeaways from Bechtle’s article:

In my first foray as a fiction writer back in the 90’s, I was a contract writer for the Nancy Drew series. The schedule for those books gave me little leeway for writer’s block. As soon as the chapter outline was approved, writers were given six weeks to complete the novel. Six weeks! I had to write those stories so fast, I felt as if I was hurling words at the word processor. Every project was a race to the finish line. “Writer’s block” was a foreign concept.

Then my editor left, and the publishing landscape changed. I stopped writing NDs and began to vaguely contemplate writing something on my own. Inertia quickly set in. Months became years, and I hadn’t written anything new. 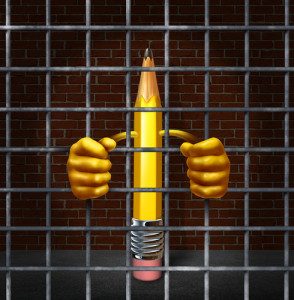 I happened to read an article by Kate White, who is an author and former editor of Cosmopolitan Magazine. Her advice to getting started? Write 15 minutes per day, first thing in the morning. No. Matter. What.

To act on Kate’s suggestion, I had to set my alarm for five a.m. instead of six. That extra hour gave me enough time to down a cup of coffee and generate 15 minutes of quality writing time, before I headed off to my day job.

White’s advice worked for me. Fifteen minutes of writing daily eventually became an hour. Soon I was producing a minimum quota of a page a day.  (Yes, I know: a single page a day isn’t impressive as a quota. See the last bullet point of the previous list about lowering expectations.) A few months later, I had completed the first draft of my new novel.

Your strategies for breaking a creative logjam?

How have you broken through a creative dry spell in the past? Any tips you can share with the rest of us?