I am very happy to have my dear friend, Desiree Holt, on TKZ. With over 200 books under her belt, USA Today called her “the Nora Roberts of erotic romance.” She’s a multi-award winner, critically acclaimed author of all things romance and action/adventure, and she has been featured on CBS Sunday Morning National TV Show (an amazing feature that had me giggling) and in The Village Voice, The Daily Beast, USA Today, The (London) Daily Mail, The New Delhi Times and numerous other national and international publications. She is a very generous person and always inspires me to keep the faith and the fun in my writing. I love her dearly and am proud to be a contributing author to her new Amazon Kindle Worlds series. A great combination of romantic suspense and action/adventure. She’s giving me the freedom to put my Jordan Dane spin on her Omega Team world and I’m having a blast! Take it away, Desiree. 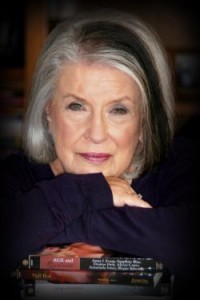 Thanks so much for the opportunity to guest blog with you today.

I’ve had the opportunity to interview at length two men who definitely could be part of The Omega Team. When I lived in Texas they were, at different times, my firearms instructors, one a former Delta Force and one a former Force Recon Marine. They willingly gave of their time so I could get every detail of my stories exactly right. Any mistakes I have made as I wrote other series are truly my own. Their knowledge—and my copious notes—stood me in good stead as I attacked this new project.
I was very excited when Amazon invited me to create a World specifically for their Kindle Worlds. I love the essence of these stories and the men and women who are the silent heroes.

As I dug into creating the series, based around a private security agency, I realized just how valuable people like this can be. There are places where the government cannot take a role, where men and women have to operate in the shadows to successfully accomplish their mission and no word of it can leak. Every agent is either former military or formerly in some branch of the police, from local departments to the FBI.

The first three stories, laying the basis for this world—The Omega Team—have already been released to give people a taste of what is to come. The Kindle World of The Omega Team will officially launch February 16 with a select group of authors, including my special friend Jordan Dane.

So what is The Omega Team?

In this age of danger and conflict, when security is a high priority, a new entity is born. Whatever your needs, they will protect you. They are The Omega Team.

Grey Holden was raised to believe in honor and duty and the dedication of men to fighting evil. Both his father and grandfather taught him the tradition of the Omega Male, men who carry a resourcefulness, cunning and strength to get a job done with their own skill. They take great pride in what they do without it manifesting as “ego.” They differ from the typical Alpha Male who MUST absolutely be perceived by his peers as the toughest, most popular, and smartest. An Omega Male cares little for this recognition…but knows that he is all those things and more. It’s what made him a good soldier and what makes him a good security and covert agent. Athena Madero fits perfectly into his world. They meet when separately they are trying to prove that a wealthy and high profile political figure is actually The Snake, a shadowy arms dealer whose weapons armed the insurgents that Grey was fighting in Afghanistan.

They form The Omega Team, an agency that takes on even the most dangerous cases. They draw as members of the team former military such as Delta Force, SEALs, Force Recon Marines, Coast Guard, Night Stalkers and others, law enforcement and private security who have the same code of conduct and dedication they do. They will also work with similar agencies on joint ventures. Headquartered in Tampa, Florida, they accept assignments all over the world, no matter how dangerous.

And a little taste to tempt you for the first three books: 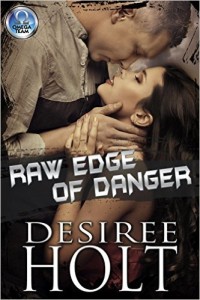 Raw Edge of Danger
Grey Holden was on a mission to find the source of illegal arms. The death of his best friend on a compromised mission left him filled with anger and dedicated to bringing down whoever was responsible. Athena Madero had her own mission, to take down a major politician who had been preying on young girls. She hated him enough to quit her job as a cop and go on her own hunt for evidence. When she and Grey crossed paths, chemistry sparked and suddenly, unexpectedly, shockingly, there was a lot more between them than searching for evidence and pinning down a traitor. In a split second, they were riding the raw edge of danger. Together. 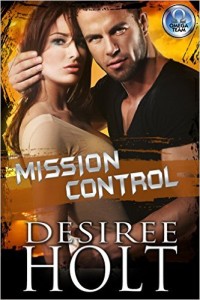 Mission Control
Krista (Kris) Gauthier and Mason Rowell are like oil and water from the moment they meet. He never expected the team from Mission Control, the security agency made up of former military, to send a woman to lead the team he hired to fix his problem: find out who is helping smugglers cross his land from the border. Their antagonism is only heightened by the sexual attraction that keeps blazing out of control. Neither of them is happy about the fact they keep falling into bed together and Mason, who values his unattached existence, can’t wait for the team to be finished and Kris to be gone. But when the bad guys are identified and caught and Kris is wounded in the process, the thought of losing her nearly destroys him, and makes him take another look at their relationship. 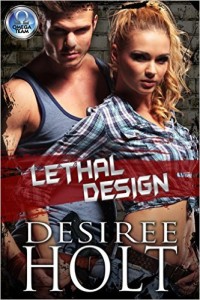 Lethal Design
Someone is putting a kink in Shannon McRae’s very orderly life. The video games she designs aren’t about electronic battles or gory crimes. Her projects include team building exercises for executives. It’s bad enough she’s plagued by possessions moved out of place, flat tires, strangers following her at night. But most importantly, someone is messing with her current project, corrupting the file so she has to rework it over and over. When activities escalate, Athena Madero decides it’s a case for the top security and protection agency, The Omega Team, which she owns with her partner with Grey Holden. Owen Cormier has been isolated emotionally most of his adult life. Twelve years fighting wars haven’t made him warm and fuzzy. Then he discovers his new client is the one night stand he could never get out of his mind. When the case is over, will he just be able to walk away?

So what do you think of private security agencies? The subject has been debated every since they first appeared on the scene. Do you think they serve a useful purpose? If so, why? 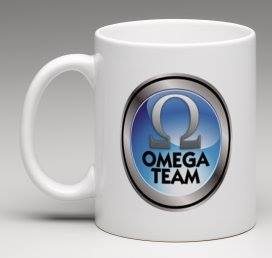