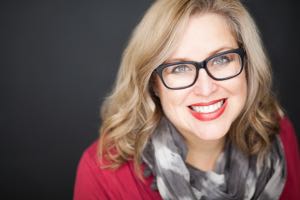 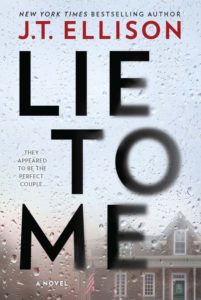 My wife and I watched the first episode of TRUE DETECTIVE the other night (HBO original). The new series stars Colin Farrell and Vince Vaughn. We were captivated with last year’s show by the same name, the one starring Matthew McConaughey and Woody Harrelson. It was unique, moody and unnerving. We looked forward to every installment of the back-bayou, gritty Louisiana crime story. Great writing, acting, photography and setting. I haven’t formed a solid opinion of the new one yet, but I can tell you one thing: it is TOTALLY different from season one. I mean, other than the title, there is no resemblance to the first TRUE DETECTIVE. In fact, you could change the title to ANYTHING else and it would make no difference.

Don’t get me wrong. Farrell and Vaughn are great actors. In fact, they’re really movie stars that someone convinced to be on TV. And their acting is top drawer. I always enjoy it when a comic actor takes on a dramatic role and excels in it. Vince Vaughn does just that. And Colin Farrell has never let me down.

But watching the opening episode of TRUE DETECTIVE, season two got me thinking. As an author of thrillers, what’s the best choice for me—writing a series or a standalone? TRUE DETECTIVE is a series—that’s why there are two seasons with the same name. If it were the equivalent of a standalone, it would be called a movie. So as a writer, should I be writing a series or single novel? What are the pros and cons of series vs. standalone?

Truth is, I’ve done both. My first published novel was THE GRAIL CONSPIRACY (co-written with Lynn Sholes), the first of a 4-book series. Our fifth book was a standalone called THE PHOENIX APOSTLES. Both TGC and TPA went to #1 on the Amazon Kindle bestseller list. Now we’re finishing up THE TOMB, the last of a 3-book series. Next up will be a standalone. I believe both work for us.

But it’s important to see the pros and cons of the two. Feedback from our readers helped me put together these points.

Probably the single biggest advantage to a series, for the reader and writer, is that it’s comfort food for the imagination. Even though the story is a new one, it’s a chance to revisit an old friend(s)—the protagonist and repeat characters. For years, picking up a Clive Cussler or Terry Brooks novel always gave me a warm and fuzzy feeling that I was back with my buddies. I knew those guys, trusted them, and couldn’t wait to see what they had gotten into this time. It was like meeting up with an old friend I hadn’t seen in a year and catching up on the latest news.

Of course, every pro comes with a con. Writing a series means that every installment must be as good as or better than the last. No rehashing of a theme. No cookie cutter plots. No formulas. Readers must come away feeling their appetite for the the next adventure was satisfied, and they can’t wait for the next in the series.

Another con to writing a series is backstory. Can the reader pick up a book in the middle of the series and get enough backstory for it to make sense? Or do they have to start with book one? How much backstory does the author include in subsequent books without boring the dedicated series fan or confusing the mid-series pick-up reader?

Finally, what if a series goes too long? What if the protagonist keeps falling into the same old danger (formula) time after time? This can result in the B word: boring. You don’t want to go there.

The advantage of writing a standalone, especially if you are known as a series author, is it can bring on a breath of fresh air for you and the reader. You get to stretch your legs without the confines of your established characters, and your reader gets to see a new side of your talents. You get to try new bankid stuff, experiment with voice, tense, POV, etc. A standalone for a series author is an experimental science lab. Just don’t blow the place up and go too far over the line that your fans won’t even recognize you.

One interesting technique is to touch on something in your new book that appeared in a previous series. In THE SHIELD, book 2 of our Maxine Decker series, the OSI agent was interviewed by Cotten Stone, the heroine journalist from our first series. It can bring an unexpected smile to your reader’s face or produce enough intrigue that they will seek out the other books.

So whether you’re interested in writing a series or a standalone, think ahead to what might be the pros and cons once you’re done. And give the new season of TRUE DETECTIVE a try. It’s good if not different from its predecessor.

What do you think, Zoners? Do you prefer reading or writing a series or standalones?