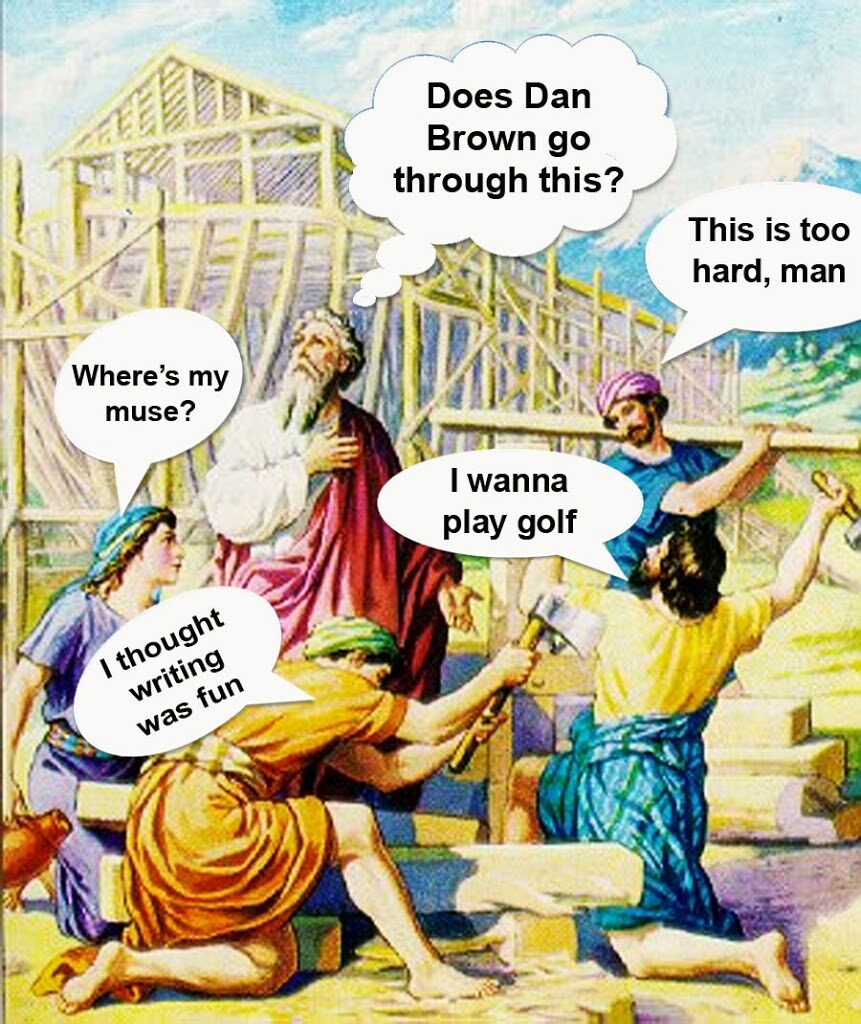 I dunno, maybe this is going to sound simplistic to most of you, but I’m going to throw it out there anyway: What should go into a chapter?

I’ve been thinking about this since last week after reading Jordan’s excellent post on narrative drive. In the comments section, BK Jackson wrote this:

The one of these I fumble with the most is having a goal for every scene. Sure, it’s easy when they’re about to confront the killer or it’s about a major plot point or a clue, but what about scenes that just set the stage of story-world and its people? Sure, you don’t want mundane daily life stuff, but sometimes I write scenes of protag interacting with someone in story world and, while I can’t articulate a specific goal for the scene, it seems cold and impersonal to leave it out.

Working with newer writing students, I’ve discovered that some write a scene…because they are trying to clarify the ideas for themselves, not for the reader.

I’ve found writers often struggle with this. It’s as if they just start writing, trying to figure out what the heck is happening, then they just run out of gas. End of chapter. But that’s not how it should go. No, you don’t need to outline, but you really need to stop and ask yourself questions before you write one word: How do you divide up your story into chapters? Where do you break them? How long should each chapter be? How many chapters long should your book be? And maybe the hardest thing to figure out: What is the purpose of each chapter? Or as BK put it, what is the “goal?”

For some writers, this comes naturally, like having an ear in music. But for many of us, it is a skill that can be learned and perfected. So let’s give it a go.

First, do we even need chapters? Marilynne Robinson doesn’t use them. James Dickey’s To The White Sea is one big tone-poem. Cormac McCarthy’s The Road uses a couple dots instead of chapter headings, perhaps to emphasize the in media res feeling of a long journey. (I was so pulled into that book I didn’t even notice it didn’t have chapters!) But most of us mere mortals probably need to break things up a bit.

Why? Chapters give your reader a mental respite. Chapter breaks allow the reader to digest everything that’s happened. They also help build suspense for what is yet to come. If you divide them up artfully instead of willy-nilly. 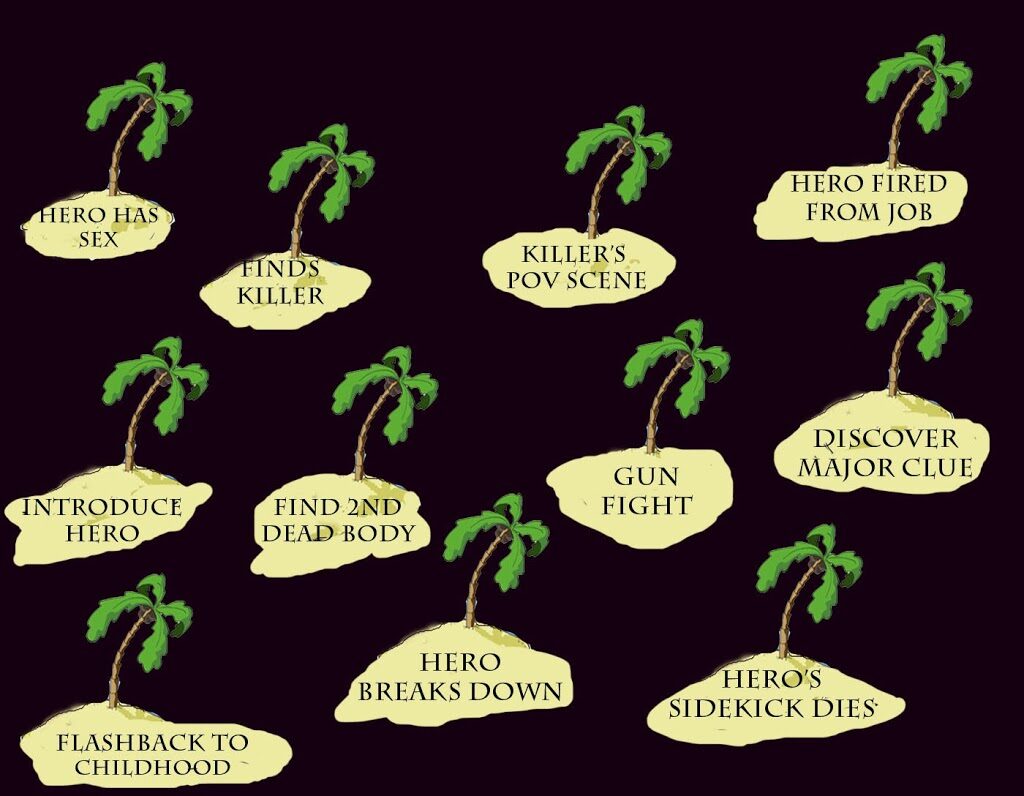 But first, ask yourself this about each chapter: What do I want to accomplish?

The first chapter is sometimes the easiest.  We talk about this all the time here, especially in our First Page Critiques. To review: For crime fiction (if not all good fiction, in my humble opinion) an opening chapter should establish time and place, introduce a major character (often the protagonist or villain), set the tone, and at least hint at some disturbance in the norm. (A body has been found, a gauntlet thrown, a character called to action). Yeah, we get all that, right?

But, as BK said, things tend to fall apart after that. The deeper you get into your story, the harder it becomes to articulate what needs to happen within each chapter. For those of you who outline, maybe it’s easier. But I’ve seen even hardcore outliners lose their way. When you sit down to write, sometimes, it just pours out in this giant amorphic blob, until, exhausted, you just quit writing. End of chapter? No, end of energy because you didn’t pace yourself.

So, before you start a chapter, STOP.  Sit there and think, really hard, until blood beads on your forehead. Don’t write a word until you can answer this question:

What do I need to accomplish in this chapter?

Some other things to help you home in on chapter “goals.”

Write a two-line summary before you start each chapter. For a revenge  plot, you might write “In this chapter the reader will find out villain’s motivation for killing his brother.”  Or in a police procedural you might write: “In this chapter, Louis and Joe put together the clues and realize Frank isn’t the killer.”

Look for ways for every chapter work harder, to have secondary purposes. Main purpose: “In chapter four, Louis goes to the UP to find evidence on the cold case of the dead orphan boys.” But also in that chapter: “The reader gets some background on Louis’s years in foster care.”  (character development plus resonates with lost boy theme) Also: “Add in good description of the Upper Peninsula.” (Establishes sense of place and underscores desolate mood.”)

Maybe this is what BK was asking for — how to make those later chapters more muscular. As you go deeper into your plot, keep looking for layers you can add, ways to make each chapter have secondary “goals.”

Use physical tools. Don’t visualize your book as a continuous unbroken roll. Think of it as a lot of little story units you can move around. Think Lego blocks, not toilet paper. Some writers draw elaborate story boards. I’m told there is software for this, but Kelly and I are Luddites. We write the salient points of each chapter on Post-It notes that we color code for POVs and move them around on a big poster board. Vladimir Nabokov wrote chapter notes on index cards and shuffled them until he found a chapter sequence that made sense.

How do you keep your chapters from just petering out? Again, you have to THINK about this before you write. Here’s another tip: Look for logical breaks in your narrative for your endings. Such as:

By the end of each chapter, you should resolve at least one thing.  A car chase ends. A victim dies. Two cops figure out a major clue and decide to act. One character tells another something important about their background.  When you end a chapter, you want to send your reader a clear signal that what they just read is important. One trick I love: End a chapter just before the climax of a significant story arc: This is a classic trick of the thriller and mystery novel. You lead your reader right up to the edge of a tense moment then you end the chapter.  They have no choice but to turn the page!

I wish I could remember who said this: A good chapter ending does two things — it closes one door and it opens another one.

Whew. Enough already, you’re saying. I hear you. Okay, let’s move on to some easier stuff.

How long should your chapters be? I wrote a whole blog on this a while back, but if you don’t want to go back and read it, here’s the short answer: As long as each chapter needs to be.

It’s a matter of style — your style.  But, if you are following the idea of a dramatic arc for each chapter-island, the answer should come organically. As you move through your story, you might want to try for a consistency in length — be it 200 words or 2000 words. Why? I think it helps your reader get a sense of your style and pacing. But don’t sweat this too much. If you are moving along at a steady pace of say 1500 words per chapter and suddenly one comes out at 5000 words, you might want to go back in and look for a logical break in your narrative or action.  You might find, with judicious rewriting, that you’ve really got two tight chapters instead of one long one.

Should you use chapter titles? Lots of writers love these, especially fantasy and YA writers. I’m on the fence about them. I’ve never used them, but for one complex book, we did have three “books” that had titles. When chapter titles are witty, they can be great because they provide hints about what to expect within the chapter. But if they are mundane or obvious, they are just annoying and pretentious.

One story I heard was that before the release of one of her Harry Potter books, JK Rowlings refused to divulge any plot points. But she released three chapter titles — “Spinners End,” “Draco’s Detour,” and “Felix Felicis” — just to tease readers.

Here’s some of my favorite chapter titles:

“Down the Rabbit-Hole.” Chapter 1, Alice in Wonderland. So great it has become a modern metaphor, especially in politics.

“I Begin Life On My Own Account, And Don’t Like It.” Chapter 11, David Copperfield. Didn’t realize Dickens had a sense of humor.

Rick Riordan might be the chapter title king. Here are six from just one novel:

But here’s my all-time favorite from Ian Fleming’s Live And Let Die, chapter 14:

“He disagreed with something that ate him.”

And that is a good place to end.