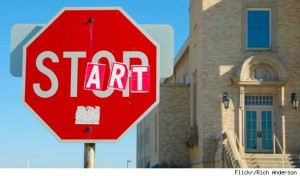 Half of art is knowing when to stop — Arthur William Radford

This must be the week for throwing out lifesavers. Sunday, James wrote about hearing from a former student who needed help getting over his writing paralysis. Good post for all of us, so click here to read it.

Yesterday, I got an email from a participant who took the two-day fiction-writing workshop Kelly and I gave last summer at Saturn Booksellers in Gaylord, MI. This woman was our best student and her sample chapters showed real promise. She absorbed stuff like a little sea sponge, took criticism like a pro, and was eager to get back to work on her story. But then came her email. Here is her nut graph:

This is probably a dumb question but I can’t find the answer anywhere and I am really worried that I am letting it get to me and prevent me from moving forward. My question is: How long should chapters be?

I started to write her back then realized this is one of those “dumb” questions that isn’t really that dumb. So I am writing to her via our group here at TKZ. Because I know you guys will help me give her a good answer. So…

Q: How long should chapters be?
A: As long as they need to be.

Okay, here’s the facile technical answer, according to what I found through a quick Google of writer’s sites: The average word count for a novel is about 4,000 words. For genre fiction, it tends to be about 2,500 and shorter for YA. (The thought being, apparently, that young folks have short attention spans or fall asleep easily. But that didn’t seem to deter JK Rowling.)

This word count thing, as we all know, is about as helpful as advising an aspiring novelist to start at the beginning and keep going until the end. But the email from my workshop friend did get me thinking about the structure of chapters, and how often, when I read a manuscript, I see the writer struggling to figure out how and when to bring a chapter to a graceful, logical and satisfying end.

So I’m going to turn the question around a bit and focus on a different question I often ask of writers, be they raw beginners or even my seasoned critique group buddies:

What is the purpose of this chapter or scene?

I think sometimes we all can lose sight of this important question. As we write, we often charge through scene after scene propelled by raw passion, or a desperate desire to get it all down before it disappears, or grim determination to make a self-imposed daily word quota. In that mad rush, we can lose the focus of what the chapter should be trying to accomplish. You’ve heard this advice, I’m sure:

Now, that refers to all the usual stuff about using sturdy verbs, active voice, lean evocative description etc. But I think it also means that we should strive to make each scene, and by extension each chapter, work hard to propel the story forward. Maybe I can explain by showing you how Kelly and I approach this. We’re sort of pantsers in outliner’s clothing. We Skype every couple days and talk out where the book is going next. We can see about five or six chapters ahead at a time. We then write out a rough template of those chapters/scenes and what we hope to accomplish in each one. Here’s the actual template for our WIP Louis Kincaid book. Skim as needed:

CHAPTER ONE – Date?
Boys in box. Two unnamed terrified boys are fleeing someone in the dark and hide in a closet. No suggestion of place or date.

CHAPTER FIVE – day 3 late night
Emily comes and they go to dinner at bar and talk. Character enhancement scene and intro Emily with bit of FBI backstory. Set up hint that something is troubling Emily (later will reveal suicide of parents, which is why she balks at her assigned case later in book).

CHAPTER SIX – day 4
The meeting in the choir loft. As Louis is packing up file and getting read to leave, he can’t resist asking Steele why? Backstory on what exactly happened in Loon Lake 5 year ago (in L’s thoughts) and what changed Steele’s mind about Louis. Est. tension with Steele.

CHAPTER SEVEN – day 4 later
Louis makes long drive to Upper Peninsula. Heavy description to est mood and sense of remoteness. Meets Sheriff Nurmi. He is invalid but sharp as a tack. They discuss the cold case about boys in box.

Scene break or new chapter?
Louis goes to evidence room and examines the box. Sees marks on inside lid and realizes boys tried to claw way out.

Scene break or new chapter?
Louis goes to local cemetery to see boys graves but can’t find them. More talk with Sheriff Nurmi about what happened to the boys remains. Nurmi suggests he talk to old Rev. Gandy who presided over boys memorial service.

CHAPTER EIGHT or NINE?? Late that day.
Louis checks into the local inn. Reviews case file of boys in his room. Heavy case info scene. Est time line clearly over last 20 yrs of cold case. L Goes to dinner, talks to locals but no one remembers the boys from 20-odd years ago. He drinks too much, falls asleep and has a bad nightmare (IT ECHOES THE OPENING CHAPTER BUT ONLY OBLIQUELY.) Wakes up in a sweat and goes for a scary night run on the Lake Mich. Shore. Feeling of extreme disquiet.

NEXT CHAPTER – early next morning.
Louis goes to visit the abandoned copper mine where the boys in the boy were found. Build Creepy atmosphere. He finds the Catholic medal but it’s too old so he doesn’t know what it is. Other mementoes found? Goes to see Rev. Gandy?

When we do these quick sketch templates, we are hyper-aware of the need to make each chapter “muscular,” to make it work in hard-harness to pull the plot along. But it’s not just about plot here. We also look for secondary purposes, like opportunities to inject spurts of backstory (and thus avoid one giant info-dump) or to illuminate characters or their motives.
Also, by articulating the main focus and the secondary purposes of each chapter BEFORE we start writing, we are positioning ourselves to be able to better recognize a logical place to END each chapter instead of just allowing the chapter to peter out through pure exhaustion or inertia. Which brings me to my next point:

Every chapter should have its own dramatic arc.

We talk a lot here at TKZ about how your entire story have a dramatic arc. But I think it’s helpful to think of each scene/chapter having its own mini-arc. Think, before you write, about what you need to accomplish in each chapter and focus your output to that end. Of course you will veer off on digressions and detours and deadends – that’s why they call it creative writing! But if you have defined the central focus of each chapter beforehand, you will be less tempted to fill the screen with mere typing.

I suspect you will find that each mini-arc has its own natural little conclusion. Think of the end of each chapter as a sort of pause, almost like you are taking a breath before moving on. That’s what you are asking the reader to do if you are breaking your chapters at the right moments. You are sending a subtle signal to the reader: Okay, I’m going to give you a second to catch your breath here. Ready? Now turn that page and let’s move on…
One great thing about crime fiction, propelled as it is by the needs of strong plot, is that it tends to give us plenty of obvious places to end chapters. Here are a couple:

A loud crack, like a rifle shot.
Louis froze. Afraid to look down, afraid to even take a breath.
Another crack.
The world dropped.

Good storytelling is musical. It has pacing and rhythm, and no two writers have the same rhythmic style. If you are doing a good job of identifying the mini-arcs in your chapters, your readers will start to get a feel for your rhythm and will begin to even anticipate it. Which is partly what successful pacing is about: Your reader moving in sync to your writerly rhythms.

So should all your chapters be about the same length? Hard to say. I like a certain consistency when I read and when I write. My chapters tend to run about 2500 words. But when I am nearing the end of the story or in the middle of an action sequence, the chapters tend to get shorter. And sometimes, it just feels right to throw a really short chapter in there to shake things up. Stephen King has a chapter in Misery that’s one word: “Rinse.” And William Faulkner had this classic in  As I Lay Dying: “My mother is a fish.” I mean, what can you say after that?  So go short if you need to. Vary your rhythm like a scatting Ella. But make it all work as a whole, with purpose, passion and music. Which always comes down to…

Get me rewrite, baby.

Don’t sweat chapter numbering in your first draft. Strive instead for that mini-arc structure and you’ll find, when you go back in the hard light of rewrite time that the story has its own pacing. You might find you need to merge two chapters that feel anemic, or that you need to break up two that feel bloated or aren’t organically connected. In rewrite, you can go back and really listen hard for that natural intake of reader-breath, that pause. Which leads me to the perfect ending…

32 thoughts on “How Long Should a Chapter Be?”