Over the summer, while completing revisions on two WIPs (one YA, one MG) I took a quick step back to read a book focusing on story craft entitled ‘The Magic Words, Writing Great Books for Children and Young Adults’ by Cheryl B. Klein (a book, by the way, that I highly recommend). Most of the advice is just as relevant to adult and genre fiction and I thought I’d share some of her initial advice/comments around constructing a ‘saleable premise’ for your book.

A ‘saleable premise’ is basically a one sentence description of your book that defines the protagonist as well as the overarching action and conflict. Although constructing a saleable premise seems on its face to be fairly easy or obvious, it can be more challenging than it first appears. Embedded within this description is not only the basis of the story but also a promise to the reader that the book will live up to the expectations the premise demands.

Cheryl Klein notes that a premise can be ‘unsaleable’ if it is too dense, quiet or nebulous, or if the concept has been overdone, or the publisher can’t envision it reaching an audience. Some of the ways a premise could appeal is if the book puts a new spin on already successful material, fills a hole in the market, or when it plays to a publishing house’s particular strengths. Of course, the best way to sell your work is to make it great and compelling – but this assumes you can get someone to read it, which is why that initial description can be so important. A strong story concept is critical. It’s how readers decide to purchase your book over another one. It’s also how agents and editors decide to take the time to read your story amongst the hundreds of manuscripts they receive each week.

A ‘saleable premise’ is what you would articulate in a query letter or elevator speech to an intended agent or editor. It is also a way of getting a publisher’s attention and yet, I wonder how many writers necessarily think of a ‘saleable premise’ when they begin a writing project (?). In her book, Cheryl Klein identifies three exercises which I thought were useful for any writer when thinking about their WIP in terms of ‘saleable premise’. I’ve added some of my own thoughts when it comes to these exercises as well.

So TKZers, do you consider or compose a ‘saleable premise’ for your books? If so, at what stage of the writing process do you do this – before the first draft or only when it is ready to be submitted or published? Or is a ‘saleable premise’ something you don’t even worry about?

Starting a new project is always nerve wracking – there’s the empty page for starters but then there’s also making sure that the idea is sufficient to form the foundation for a complete novel. Generating ideas has never been my problem – a number pop into my head each day and some are sufficiently intriguing that I jot them down in my ‘ideas book’ to see if they will gradually begin to take shape in my mind to form the foundation for a story. Many ideas fall by the wayside at this point – because while they interest me, they never really coalesce into a premise that can sustain a novel. Even after that, I’m consumed with doubts…although I’ve really only had one story die after I’d finished the first draft because I realized the premise was too convoluted and confused (the idea, though still holds promise!).

I’m about to embark on a new WIP and I’m at the doubt-filled stage of wrestling with a new idea. Since I have other projects in various stages of the submission process, it’s definitely time to knuckle down to a new manuscript but in this early stage of the creative process I have to grapple with how to formulate an idea into (hopefully!) a great story.

My process (such that it is) usually goes something like this:

So TKZers how do you go from idea to first draft? Do you spend time, like me, formulating the premise and making sure your idea is sufficient to sustain a novel? Or do you just set off writing from the get go with the confidence that it will all come together and work out in the end? What’s your process? 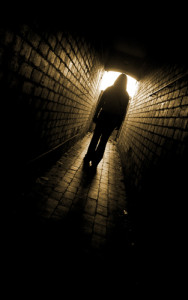 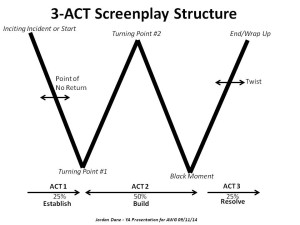