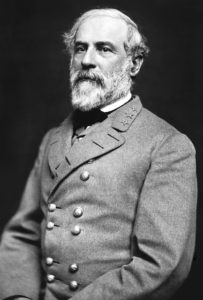 For your reading enjoyment, we have an anonymous first 400 words submission from a daring soul. My feedback will follow. The author would appreciate your constructive criticism in comments. Thank you.

The procession of Yankees moved down Richmond’s High Street, clanking chains muffled by snow. Footsteps left a bloody path. Some wore whatever could be held together with rope to substitute for shoes. Many wore no coat. Some were bound for Chimborazo Hospital, the others Castle Thunder, Belle Isle or Libby Prison. Their faces were etched with apprehension, despair, dread, fear. Some appeared dejected, others stood straight and walked proudly.

The unknown lie ahead for them. Annie stood looking, useless, her hands clenched in her pockets unable to help or comfort them. How many would be dead in a month? Conditions were abysmal at the prisons. She’d heard stories. Prisoners who got too close to the barred windows were shot on sight. There were probably worse atrocities people were afraid to talk about.

Once they went in, they were never seen again. These men had families they longed to see and who longed to have them safe at home. How do you hold onto hope when it seems you’ve been forgotten? The war had gone on for nearly three years now with no end in sight.

The prisoners continued the slow march down the road. One man faltered in his step for a moment and collapsed to his knees. His comrades came to his aid and lifted him up to continue. Most of the citizens ignored them as they passed by, but members of The Butchertown Cats, one of Richmond’s street gangs, called out names not uttered in polite society and used slingshots to hurl stones at the men. These street toughs were little more than boys themselves, many only months away from being conscripted for service in the Army. The bravado they displayed today would be tested by their first taste of battle. A member of the local constabulary broke up the toughs and they ran in different directions. The prisoners they taunted marched on to face whatever fate God had for them.

Annie watched until they turned the corner and were out of sight. A green tartan scarf lay in the snow where the prisoners had just walked. It looked brand new and certain to be missed by its owner. A gift, perhaps, from a loved one. She started for the object in a vain attempt to return it when one of the Butchertown Cats flew past her and scooped up the garment and ran in the opposite direction.

I was drawn into this submission by the human suffering and the idea of prisoners of war being paraded through Richmond. The word ‘Yankees’ and Richmond hinted at a Civil War period piece, but I had to look up the hospital name to be sure. The time period is a good one for intriguing stories, so the author had me hooked. But I have the following suggestions for consideration.

1.) Give Context – A tag line at the outset would clarify without a doubt this is a historical work about the Civil War. Something simple like – Richmond, Virginia and the date somewhere between 1861-1865 – would suffice. The reader would be oriented at the beginning.

2.) Make Point of View (POV) Relatable – The start of this offering, and most of the writing, is told in omniscient POV. This submission reminded me of a recent and excellent post by James Scott Bell on “The Perils of Author Voice.” Annie the observer first shows up in the 2nd paragraph and again in the final paragraph, but it’s not clear to me that she actually sees the whole procession and the men trudging toward their fate. It’s as if she sees into the heads of all the men marching (omniscient).

Think how much this beginning would change if Annie is the sole POV and the reader sees everything through her eyes. By orienting the reader inside Annie’s head, we learn more about her and the time period, as well as the story of the men she has empathy for. If you pick one POV per scene, where the reader can only see through that character’s eyes, the story will be more intimidate and emotional. In omniscient POV, the reader is held at a distance to be a neutral observer. This might work for some stories, but I prefer seeing history unfold through the strife of an endearing or compelling character.

Let’s take Annie. What could her story be?

Annie could find someone in the march who reminds her of her younger brother who’s missing in action. She leaps over the backs of tall men, straining for a glimpse of the rabble. When she sees a familiar gait or a pair of blue eyes she’ll never forget , she races after the men. She hides among them, maybe has the guards racing to pull her out. She sees each man’s suffering from the way they smell to the bones under their clothes from starvation. They beg her for water. They bleed on her clothes. The reader would more fully understand the plight of these men while also finding out about Annie.

3.) Add a Dose of Historical Perspective – The writing has a modern feel to it. There is no attempt to use historical authenticity using terminology from the time period or by inserting some clothing/uniform descriptions. Historical readers are fanatics about getting the history right. The insertion of “dark blue trousers and kepi caps” or the guards carrying “Springfield muskets and sabers” could add something. Depending on her backstory, Annie may not know details of weaponry, but during a time of war, I’m sure she’s seen what men wear and use in battle.

A resource I found on Civil War Terminology might help insert a few key descriptions to make the writing appear more period. Here is a resource for Civil War Uniform description. This is a resource for Civil War Weapons that the Confederate soldiers might be carrying as they take the prisoners down the street. These are quick resources I found online from a simple query. Experienced authors of historical fiction have a vast amount of reliable sites they use.

Would you turn the page?

Do you have good resource links for the Civil War? 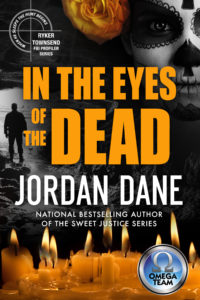