One of the most dreaded parts of a book to write is the middle, or what I call the “muddle”. Beginnings are fun and somewhat easy, and endings can be, too. But the tar pit in the middle can bog a writer (and reader) down, sometimes to the point of no recovery. One method of beefing up the

middle is the use of subplots.

But just knowing about subplots and their importance is not enough. Many writers are not completely sure what a subplot is, much less how to weave one into the story so that the subplot strengthens the main plot and its characters. Here are some tips to help understand how subplots play a role in your story.

What Is A Subplot?

A subplot is a secondary story that runs parallel to the main plot. One of the easiest methods to understanding subplots is to look at the different layers of your own life. From the moment you awaken in the morning until you fall asleep at night, the plot of your life story is to do what needs to be done to maintain your existence—go to work, do your job, take on and complete tasks, go home and spend time with your family, end your day with plans to repeat and improve your plot tomorrow.

1. Your car is old and prone to breaking down. On the way to work, it dies for good. You don’t have the money to fix it.

2. Your son calls from college with bad news—he’s failing and needs to move back home.

3. The neighbor’s dog barks constantly but the owner won’t do anything about it.

These are simple subplots, but they can help to provide additional conflict to your story and generate suspense when needed, especially in the muddle. Dealing with them can also help to develop your main character so his actions are more believable concerning the main plot.

When choosing a subplot, make sure it has something to do with the main plot. It might be interesting to have your main character decide to go sky diving, but unless doing so provides an opportunity to have him face his fear of heights or build up his courage for what’s to come later in the main story, it would be a waste of time.

When should you start a subplot?

If the subplot is about your protagonist, you should introduce it as soon as possible. If you intend to have multiple subplots, their starts can be staggered later in the story. Let’s take subplot #3 in the suggestions from above—the barking dog. Your protagonist could be awakened by the dog at the beginning of the story. It could be a cause for constant irritation whenever he’s home and could come up a number of times throughout the plot as the protagonist tries to deal with the neighbor. The barking dog subplot has nothing to do with the main plot other than to show the protagonist’s ability to cope with the problem and his skill at dealing with hostile people. These characteristics will come in play later when dealing with the big events of the plot.

Moving between plot and subplots

An obvious back and forth between plot and subplot can come off as contrived. It’s better to weave the subplot into the main plot so that they seem one and the same. For instance, the protagonist is awakened by the barking dog on the day of the big corporate presentation—the main thrust of the plot. If they don’t get the account, he could be let go. The barking puts him in a foul mood. He phones home after the meeting to let his wife know how it went only to hear the dog barking in the background of the call. He gets home, thankful that the dog is not barking. But at 3:00 AM his peaceful sleep is once again interrupted by the barking. Solving the issue of the dog and its owner is not the main plot of the book, but it is a character-building opportunity and a cause for conflict.

So when things get bogged down in the muddle, rely on the subplot(s) you’ve already introduced and built upon to fill the gaps and move the story forward.

How about you? Do you use subplots? Any additional tips to define and utilize them?

Max is back! Coming this Spring, Maxine Decker returns in THE TOMB from Sholes & Moore. #1 New York Times bestseller Brad Thor calls Sholes & Moore one of his favorite writing teams.

When I first started trying to write fiction, about the only thing I knew for sure was that I wanted to tell a story. I had no 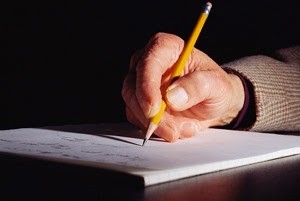 idea what the basic rules for writing were, so I broke them all. I also came across many words and terms related to writing that remained undefined for a long time. As time passed, I started honing the craft and the terminology that goes with it. I’m still learning the craft today, but once a term is defined, it rarely changes. To help those that are just getting their feet wet in this wacky business of making stuff up in a dark room staring at a monitor and talking to imaginary people, here are a few terms that I wish someone would have defined for me back in the day. Hope there’s one here that you’ve wondered about but never knew for sure. Or maybe two or three. So let’s come to terms with writing terms.

Concept: A vague notion such as: A world ruled by apes.

High Concept: Usually verges on the outrageous or bigger-than-life “world” story such as: A world ruled by apes where humans are the subspecies.

Idea: A story description that sounds more like a short synopsis.

Premise: Similar to an idea, the premise is a one- or two-sentence reply to the question: “What is your story about?”

Mystery: Usually begins with an event and spends the rest of the story finding who caused it.

Thriller: Usually begins with the threat of an event and spends the rest of the story trying to stop it.

Plot: A series of events that determine the beginning, middle and end of a story.

Subplot(s): A secondary series of events that contribute to the main plot and characters.

Plot Driven: A story that relies heavily on a series of events to push the characters forward.

Character Driven: A story that relies heavily on the characters to push the plot forward.

Story Question: A global question posed early in the story that intrigues the reader enough to keep reading. The story question signals to the reader when the story will end.

Theme: What the story says about the human condition.

Moral: A life lesson taught or insinuated at the conclusion of a story.

Suspense: Creates a desire in the reader for something to happen, delays the satisfaction of that desire, then delivers what the reader wants in an anticipated yet unexpected manner. Suspense is used to keep the reader wanting to read more.

Conflict: Conflict is the basic difference of goals between the protagonist and antagonist.

Foreshadow: The delivery of small hints about what’s going to happen later in the novel, and is used to heighten suspense.

Telegraphing: Revealing too much too soon. Telegraphing can diminish or destroy suspense.

Query Letter: A one- or two-page business letter to an agent or editor that serves as an introduction and selling tool for the writer and story.

Elevator Pitch: Similar to the premise, the elevator pitch is a short summary of the story that is meant to attract the attention of an agent or editor.

Copy Editor: An editor who addresses such story elements as word choice, plot points, paragraph flow, clichés and style issues. The copy editor will also point out a need for clarification and possible plot mistakes.

Line Editor: An editor who deals with the rules of grammar and punctuation along with addressing such issues as passive voice and formatting.

Acquisition Editor: an editor who reviews submitted manuscripts for possible purchase and publications. The acquisition editor also deals with global issues that might need addressing before the manuscript is accepted.

This is by no means a complete list of writing terminology. Additional lists can be compiled dealing with terms about publishing contracts, marketing, and so many other topics. So, Kill-Zoners, is there a term and definition you would like to contribute to today’s discussion? Perhaps a term you would like defined. Now’s your chance to come to terms.