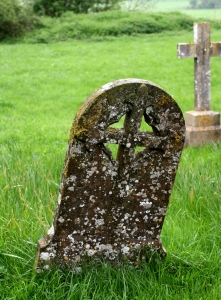 In the digital book world these days most of the talk is about whether the big publishers will survive, and what the relative merits (or demerits) of self-publishing are. But simmering in the background is another issue, one that could affect all fiction writers forever. And that is whether the simple reading experience itself is on the way out.
I’m talking about “immersive reading.” Recently PW reported on Apple’s iBooks Author development initiative. This is a program intended to produce multi-media and interactive reading experiences, primarily for tablet users and the educational market. But its reach is potentially far greater than that. As the story reports:
Since iBooks Author was released, hundreds of books created with the authoring tool are being sold through the iBookstore in a variety of categories, including travel, children’s, cooking, music instruction, gaming strategy, biography, entertainment and other categories. The books are coming from a variety of sources, including big six publishers, self-published authors, small publishers, app developers and TV networks.
Thus, publishers are using iBooks Author to create “an impressive selection of enhanced e-books with everything from photographs, sound, and animation to video footage.”
Meanwhile, Hachette announced it is committing to the EPUB3 format, which allows “greater flexibility in representing enhanced content, including interactive covers, embedded multimedia and interactivity, pop-up screens for end-notes, and melded audio and text, as well as improved navigation of reference content, creating a high-quality digital reading experience.”
A few thoughts here. First, this may be the salvation of the big publishing corporations. Why? Because they are the ones who have the resources to do immersive to the max. They will become like mini-studios, putting together multi-media experiences of all types. Or becoming a content partner with other media companies.
Second, this will be an increasing challenge for indie authors, who may have to become what Hollywood calls “hyphenates,” that is, producers who do more than one thing. Which requires skill sets most writers don’t have and don’t care to learn. They want to tell stories. They don’t want to have to shell out big bucks to get a hyper-enhanced “book” out there. But will they have a choice if they want to make new readers?
The cost of producing a book that can compete in an immersive world is daunting. A new start-up specializing in enhanced books, Orson & Co., is spending 20k on its first app! How can an indie author afford to do anything like that?
Which brings up the third, and perhaps most disquieting issue: what about the future of the plain old novel? As kids grow up fully immersed, will they have the patience for a simple black-on-white book anymore (Joe Hartlaub’s wonderful granddaughter notwithstanding)? Will future generations expect some kind of multi-layered sensory experience?
I was in Best Buy the other day and saw a four-year-old pounding away at an iPad, his little gaming soul oblivious to his mother telling him they had to go. Is this our future audience?
Think about it: how many live, black-and-white TV shows do you watch? We moved from B&W to color, from live to tape, from scripted to reality, from 2-D to 3-D.
Once immersive reading becomes the norm, at home and in schools, will the very notion of what a book is be changed forever? Will the simple reading of ordinary text go to the elephants’ graveyard?
It’s like when I try to tell young people about great films of the past, and they say they just don’t like black-and-white movies that move so slow. Ahhhh!!!
The buggy whip industry did not disappear overnight. But certainly many a tanner looked at the sputtering fruit of Henry Ford’s assembly line and began to lament the passing of the old ways.
So, novelist and reading friends, I ask you: Will there be any such thing as the simple, traditional novel in fifty years? And if so, who besides the monthly book group at Leisure Village in Boca Raton will read it?