Since 2009 or so, the so-called midlist at traditional publishing houses has dried up faster than a mud patch in the Serengeti. The bleached bones of writers who did not earn out are scattered around in random configuration. On the parched ground near a scorched femur can be seen a message scratched in the dirt, a last call from a thirsty scribe: Help! My numbers suck!

I’ve heard from many friends and colleagues about traditionally published writers––some who have had relationships with a house for a decade or more––seeing their advances drop to record lows, or not being offered another contract at all.
And then what? What happens to these foundering careers?
Two writers give us answers. The first is Eileen Goudge, a New York Times bestselling author. She had a soaring career in the 1990s, and even a power marriage to super agent Al 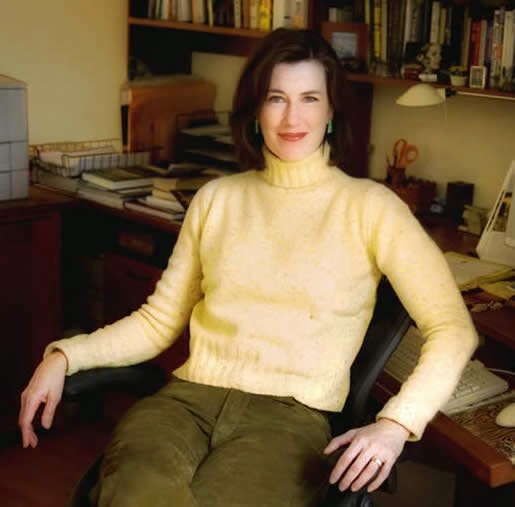 Zuckerman. That’s how I became aware of her. Zuckerman wrote a good book on writing blockbusters where he recommended reading Goudge’s Garden of Lies. I did and loved it, and read another of hers a bit later on.

So I was gobsmacked last month when I read a post by Goudgeabout her travails as a casualty of commerce. She describes what happened to her and many other writers this way:
I know from my husband, the aviation geek, that when a plane goes into what’s called a death spiral, as it reaches a certain altitude and succumbs to the pull of gravity, it can’t pull out. The same holds true for authors: fewer orders results in smaller print runs, a smaller marketing budget and lackluster sales, then a smaller advance for your next title, and the vicious cycle continues. In short, you’ve entered the “death spiral.”
The cold, hard truth is this: If the sales figures for your last title weren’t impressive enough to get booksellers to order your next title in sufficient quantities to make an impact, you’re basically screwed. It doesn’t matter if your previous titles sold a combined six million copies worldwide. You’re only as good as your last sell-through.
What’s even more dispiriting is that you’re perceived as a “failure” by publishers when your sales haven’t dropped but aren’t growing. You become a flat line on a graph. The publisher loses interest and drops the ball, then your sales really do tank. Worse, your poor performance, or “track” as it’s known, is like toilet paper stuck to your shoe, following you wherever you go in trying to get a deal with another publisher.
Goudge details some of the things that happened to her, personal and corporate. One of them is fairly common: a key executive or editor who is your champion leaves or gets laid off or moves to another company. You become an “orphan” at the house and your books don’t get the attention they used to.
All these things were “crushing” to Goudge. She says she felt like Charlie Brown trying to kick the football. Every time she got close to something good the ball would be snatched away.
A writer friend of hers told Goudge she should go indie. She resisted at first, but the friend simply asked, “What’s the alternative?”
So Eileen Goudge jumped into the indie waters, more than a bit nervous about it. But then discovered something wonderful:
My creative wellspring that’d been drying up, due to all the discouragement I’d received over the past few years, was suddenly gushing. An idea for a mystery series, something I’d long dreamed of writing, came to me during a walk on the beach in my hometown of Santa Cruz, California, where I lived before I moved to New York City. Why not set my mystery series in a fictional town resembling Santa Cruz? … I immediately got to work. I was on fire!
Goudge is pro enough, and has seen enough, to know that nothing is rock-solid certain in a writing career. But she concludes:
Was it worth it? Only time will tell. Meanwhile there it is, beating in my breast: that feathered thing called hope. Something I thought I’d lost, regained. Something to celebrate.
Hope. I like that. Worth celebrating indeed.
Another casualty of commerce is a friend of mine, Lisa Samson. I’ve known Lisa for fifteen years. She is one of the

most naturally gifted writers I’ve ever met. She’s won numerous awards. She has the respect of critics and a loyal following of fans.

But last month, on or about the same day as Goudge’s post, Lisa posted to her Facebook page:
Dear Friends,
All good things must come to an end, the saying goes. I, however, like to think that all good things continue to evolve. For twenty-two years I have been writing for the inspirational (read: evangelical Christian) market, and it has been an honor and a privilege. True, with the artistic strictures and the increasing necessity for a platform, it has had its share of frustrations for a novelist who simply wants to explore an artform, but sharing stories and getting to know readers as friends, hearing how these words have been used to encourage, inspire, affirm, and even challenge, has been a thrill….
Lisa talks about the changes in the publishing world, how authors are now expected by their houses to do most of the marketing themselves. And then there is the cold, hard economic part:
I was recently offered a contract that was insufficient for me to support my family. A real step down from the previous one. And that is all I will say about that matter. It wasn’t personal, I realize, but it was severely disappointing to have worked faithfully for two decades only to have your work go down in value to that point. I wish money didn’t matter, but it has to, and that saddens me. I’m still intensely grateful for the time I spent writing for that house and the people there who are, quite simply, wonderful. But traditional publishing is a business and I’m no good for the bottom line no matter how much I’m personally loved, and good feelings don’t keep the lights on over here at my house.
Lisa admits to discouragement (as any writer at this point would), but she has a response. She has enrolled in a massage therapy program with the aim of bringing relief to cancer, hospice, and Alzheimer’s patients.
In other words, there is life away from writing. There are other ways to serve in the world. That’s a crucial lesson for all writers to learn. Heck, for any professional.
Will Lisa write again? She isn’t completely closing the door, and my prediction is yes. She’s too good and has too much inside her not to share more stories. But she’s not brooding over it. She is too busy giving of herself to others.
Thus it turns out these two writers are not really “casualties” at all. They are strong and resilient and have chosen brave paths.
So can you. When discouragement hits, as it will, know that you are not alone and that life still offers you options.
Grab one, and go for it.
Have you had a similar experience with discouragement in this crazy writing business? How did you handle it?