After 26 years, I’ve canceled my daily subscription to the South Florida Sun-Sentinel. The main reason was delivery issues which I won’t go into here. Suffice it to say, at some point the aggravation factor exceeds the patience factor.

I really enjoy sitting at my kitchen counter each morning sipping my mug of freshly brewed Dunkin Donuts coffee while I peruse the paper. It’s a morning ritual decades old.

So what do I do now? How do I get the local news beyond just watching the network affiliates? Solution: For $5 every four weeks, I subscribe to the digital edition of the paper. It only took a few minutes to realize this is a very cool alternative. Each day, I click on an email link that takes me to a perfect, pristine, crystal clear copy of the paper. This is not a website but the actual newspaper in digital format. It’s searchable. I can zoom in on all photos and ads. I can jump to different sections. I have access to back issues. Everything is there that’s in the printed version and is visually the same.

No more hoping the delivery guy throws the paper in my yard and not my neighbor’s. No more worrying if it will land in a puddle and be a water-soaked log by the time I get it. No more need to put the old newspapers out at curbside for recycle every Thursday. No more chopping down trees.

I have moved from the kitchen counter to my desktop monitor to read the paper and drink my DD. It’s fast, convenient, and fun. I only wish I’d made the switch long ago.

And it’s just another sign of the changing times in print media versus digital format.

How about you? Do you still read an analog version of the paper? Or do you use your phone, tablet or PC instead? Or have you abandoned the local newspaper altogether?

We’ve blogged a lot about the challenges and changes in the publishing industry but this week I came to the sad realization that I am going to have to put a stop to an institution I have enjoyed since high school – the daily newspaper delivery. Call it another casualty of the digital age, but I have finally succumbed to grim reality: I don’t read the newspaper like I used to…Not that I don’t read the newspaper, I just don’t physically turn the paper pages anymore. 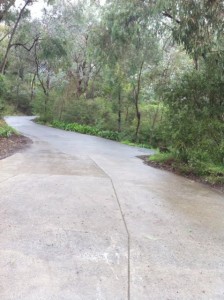 Since moving to Australia I tried to hold on to the past joys of paper, I really did, but then events conspired to finally make me realize that, yes, even for this home delivery stalwart…the end was nigh.
It came in increments – first was the cling wrap they use to entomb the newspapers here (it requires a Ph.D and more patience than I own to unwrap), then it was the endless rain that still managed to make said entombed paper soggy as mush. Then it was the fact that the newspaper was never delivered until 7:30am, sometimes even 8am, which rendered it utterly useless (I had already read the news online, had breakfast and got the kids ready for school
by then). We also have one of the steepest, longest driveways in the world (see photo – mailbox it over the rise in the upper right hand corner!) – not something you want to trek up in the wee hours of the morning only to discover the newspaper hasn’t come.
Finally there was the content…now, I know many of my Melbournian friends will be in up in arms, but truly, the local newspapers here are pathetic. Filled with tawdry details of scandals involving local footballers and schoolgirls, it was hard to find any decent international news or any opinion that doesn’t sound like it was written by an elementary school kid. We tried changing papers but to no avail. I had to accept the fact that I found Australian news boring.
And so the guillotine fell…
Of course the real reason for the demise of the physical newspaper in our house has been the rise of the digital newspaper equivalent. I subscribe to the New York Times on my iPad and its crossword (one of my obsessions). I can read all the local newspapers online as well as the San Francisco Chronicle (for what that’s worth). I can even indulge my love of low-brow gossip by reading London’s Daily Mail on the web. I also have apps on my iPad for the local ABC and SBS news services, the BBC, CNN, and PBS. Every morning I open the NPR app and listen to the hourly news. I follow that up by opening the BBC app and listening to the BBC world service. So, as you can see, the digital age we live in can cater for all my news-hungry ways!
So why would I keep having the newspaper delivered?Sadly, for many years I have been one of the last holdouts as newspaper circulation has dropped precipitously. Although I love sitting down and thumbing through a fresh newspaper every morning, even I have admitted defeat. Though I cannot forget that there was something visceral about the reading experience that I loved. Unlike reading a newspaper online, there was a sense of a slow, leisurely absorption of the news of the day, rather than the frenetic click and skim approach I now have to many news items. I loved how I used to stumble upon articles that I would have otherwise ignored. That doesn’t happen nearly as often online.
So this week marks the end of an era for me. I just can’t hang on to my newspaper anymore. What about you? Have you cast off the shackles of paper delivered news? Do you have any regrets? Any longings for the old days when you could sit down on a Sunday with a cup of coffee and take your time lifting and turning page after page? 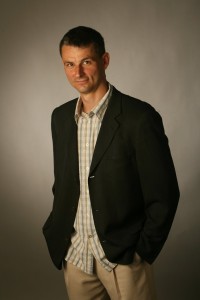 OON a starred review, describing it as, “a top-notch crime novel.”

We all remember the newspaper, right? That once ubiquitous part of daily life, now on a fast slide toward an exhibit at the Museum of Obsolescence, where it’ll join the butter churn, the buggy whip, and customer service? (For binary-only types who can’t remember the newspaper, it was like a daily printout of the on-line news. Pretty handy!)


Well, the newspaper still whups the laptop as a fireplace starter and a birdcage liner, and here’s one more—the old fashioned newspaper is the best tool I’ve found for researching historical fiction. For time periods dating as far back as 150 years or so, old newspapers preserved on microfilm beat the Internet as a research tool, and that includes the digitized archives some large newspapers offer on-line. And, no, I have not been hanging around at the polyurethane convention.


When I’m researching a time period for a fictional setting, I might scan old newspaper headlines for factoids, but what I’m really looking for is the advertisements. You can learn a lot about life in another era by what people were buying and selling.
I’ve been researching life on the East coast around 1917 to set a novel. It was a fascinating time period, just 36 years after the gunfight at the O.K. Corral, yet people talked on telephones and drove sporty little cars. How can I be sure? Because I found a great advertisement for the Davis Light Six Roadster, a bargain at $1,095, featuring adjustable seats for “the utmost comfort in motor travel.” For an additional $700, the Hudson Super-Six could top 100 miles-per-hour.


A picture in a bike advertisement shows me that bicycles have barely changed in more than 90 years. I can infer from a dentist’s ad that “pain-free” was a still a selling point in 1917, something we take for granted now. 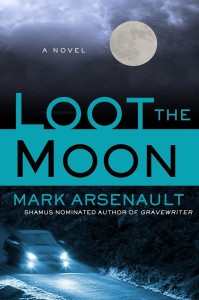 I would have guessed that men carried only pocket watches in 1917, but there are also ads for wristwatches with glow-in-the dark “Radiolite” dials. On one old page I recognized a character I’ve known all my life: Mr. Peanut, the tuxedoed nut who peddles for Planters. I had no idea Mr. Peanut was WWI vintage.
Old newspaper ads reveal the attitudes of a culture. Americans in 1917 were modern and naïve at the same time: People played phonograph records back then, went to the movies and drove big Cadillacs. They also paid good money for miracle pills and powders that claimed to cure everything.
Gender roles are obvious in this text from a chewing gum ad: “The high salaried secretary of the big business man knows how important it is to keep her high-strung employer well supplied with Adams Pepsin, the original chicle gum. So she keeps it where he can get it at once without having to ask.”
That pitch probably wouldn’t sell much gum today.


Many libraries keep old newspapers on microfilm. You have to use the microfilm viewer machine, which I call The Vominator because it can make me seasick. But that’s a small price for such a rich resource.


Microfilm may seem too primitive when you can literally download photos from Mars to your phone, but just imagine all those newspages as one big, searchable database. You just search through them one page at a time.


This November’s edition of Ellery Queen’s Mystery Magazine will have a short story of mine set in 1973, a very groovy year. The 70s are my favorite time period for fiction. I love the clothes, the slang, the hair, the cars, the crazy politics. With the Watergate coverage, the 1970s may have been the high-water mark for American newspapers.


Does anyone else have a favorite time period for stories? What makes it your favorite?

Mark Arsenault is a Shamus-nominated mystery writer, journalist, runner, hiker, political junkie and eBay fanatic who collects memorabilia from the 1939 New York World’s Fair. His new novel is LOOT THE MOON, the second book in the Billy Povich series that began with GRAVEWRITER, a noir thriller praised for a fusion of suspense, humor and human tenderness. With 20 years of experience as a print reporter, Arsenault is one of those weird cranks who still prefers to read the news on paper.