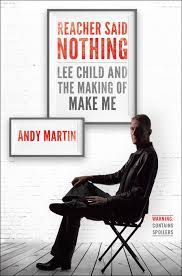 This is an ongoing discussion on one of the message boards I frequent, and I thought it was an interesting one. How long can a series continue before it sinks under its own weight?

When readers have latched on to a character or series, and whatever book follows in the progression is guaranteed to make the bestsellers’ lists, both publishers and authors are loathe to say Sayonara. But there are popular series out there that are starting to look a bit long in the tooth. And would those writers be better served by branching out into new territory? After all, if their name is established, wouldn’t most of their fan base follow them on whatever new venture they chose? 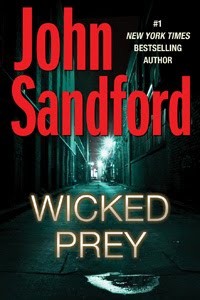 John Sandford fan, and if he were to suddenly announce that Lucas Davenport was vanishing into the ether, I would be disappointed. Same with Jack Reacher, but for different reasons. What I like about Sandford’s books is that he has managed to keep them freash and interesting by varying the plots: some are more like spy novels, other focus on heists or serial killers. Plus, Lucas Davenport is one of the rare series characters who has actually evolved. I liked him at the beginning, but by allowing him to age and learn from life experience, I’m far more invested in him than I would be otherwise.

Paradoxically, the opposite holds true for Jack Reacher. He never changes. Thirteen books in, he still travels with nothing but the clothing on his back and a fold up tooth

brush. And apparently he’s discovered that mythical fountain of youth, since he can still destroy pretty much anyone in a fight regardless of the fact that he must be approaching fifty by now. And yet, I don’t care. (I will say, however, that I secretly hope Lee Child someday branches off into a side series featuring Frances Neagley. Particularly after Bad Luck and Trouble, I want to know more about her and that company she runs). It’s the reason the Law and Order franchise is so consistently successful: you know what to expect, and Child always delivers it. He has the added liberty of being able to take Reacher anywhere in the world, from small towns to metropolises, and there’s no reason for him not to be there since he’s not locked into a job, tied to anyone or anything.

Others, however, have not been as fortunate. There are series whose books I dev 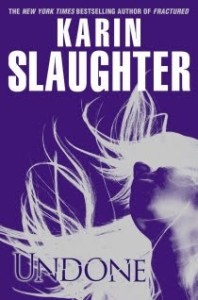 oured for five, ten, even fifteen books. But they gradually devolved into something that was either implausible or just plain silly. How long can you maintain a love triangle that never gets resolved? And for series set in small towns, how are we supposed to swallow the fact that their homicide rate rivals Detroit’s? I loved Karin Slaughter’s Grant County series, but after six books it was starting to suffer from Cabot Cove Syndrome: how could so many terrible things happen in a rural Georgia county? Who would ever move there with that level of crime? Property values must have been in the basement after the third serial killer in as many years passed through. Moving the series to Atlanta and combining it with her other series revitalized it for me.

So let’s hear it: who needs to hang it up? And what series have defied the odds and held your interest?