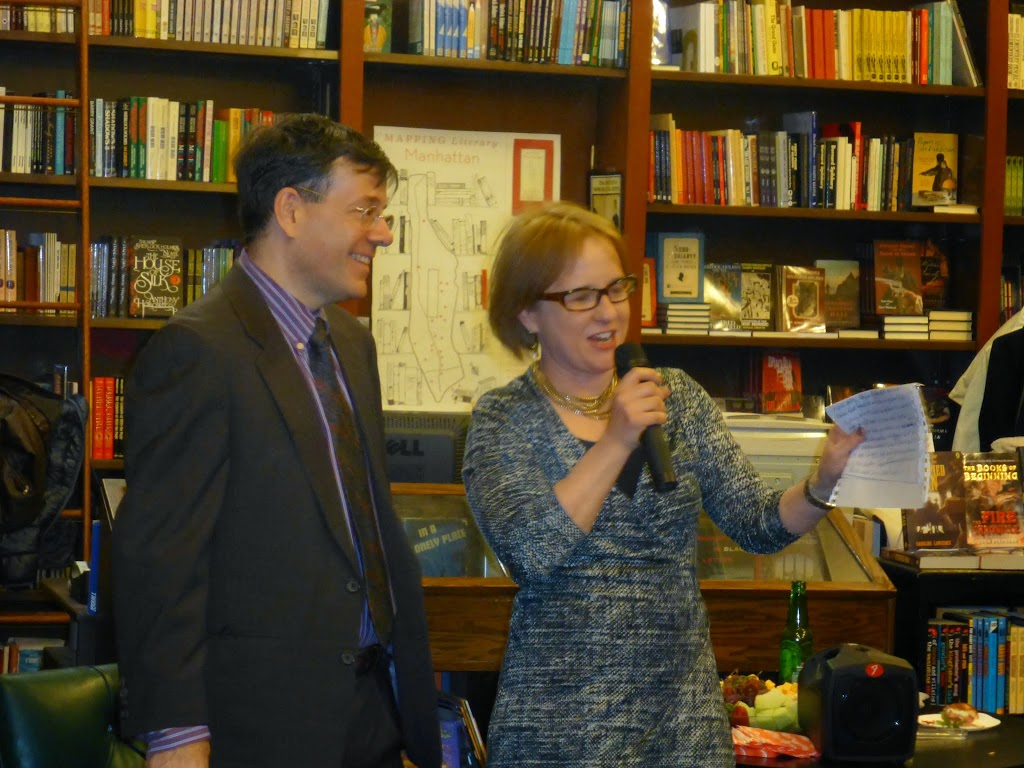 My wife Lisa and I have been together for 24 years, and for 17 of them — that is, until 2007 — I was a frustrated, unpublished novelist. While working as a magazine reporter and editor, I wrote four books that didn’t even come close to selling. I tried my best to be stoic about it but failed miserably in the attempt. I was especially miserable when perusing the shelves of my local bookstore or leafing through the book-review section of the Sunday Times. All I could think was, “Why are they getting published and not me?”
And who do you think bore the brunt of my bitterness? I certainly couldn’t expect commiseration from my colleagues at work. If I told them about my travails in the world of fiction, they’d start to wonder if I was neglecting my journalistic duties to spend time on my novels. And even with my close friends I didn’t share my despair. No, the only person who knew the full extent of my unhappiness was Lisa. She was the one who put up with my complaints. She was the one who urged me to keep at it.
This is what she told me: “When you get published — and it’s a matter of when, not if — you better dedicate that first book to me, because you have put me through A LOT, buster.”
Well, she was right. And I did dedicate my first novel to her. Better yet, I dedicated my fourth novel to her parents, who are the best in-laws in America. Last week we had the launch party for that book — THE FURIES — and Lisa worked her usual magic on the crowd (see the photo above). She’s the director of development and marketing for the Green-Wood Historic Fund, which preserves and protects the legacy of Brooklyn’s Green-Wood Cemetery, the final resting place of Boss Tweed, Leonard Bernstein, Horace Greeley and other New York luminaries. We make a good team — the thriller writer and the woman who works in a graveyard. Romantic, right?
She’s also a tough customer. When she reads something in my books that she doesn’t like, she’s not afraid to tell me. In fact, she gave me the best piece of writing advice I ever received. Back in 2005, when I was bemoaning all my unpublished novels, she told me that my books suffered from a common flaw: the characters were just too weird. I argued, “But weird is good!” and she made a face. “Your heroes have to be more normal,” she said. “Why don’t you make a hero who’s more like you? Because you’re not so bad.”
I took her advice. The hero of my first published novel, FINAL THEORY, is a bit like me. And the heroine is a bit like Lisa.
*******
Before I end this post I want to make an aside about its title. LET US NOW PRAISE FAMOUS MEN by James Agee is a nonfiction book about sharecroppers in Alabama during the 1930s. I read it for the first time in the 1980s when I was working as a newspaper reporter in Montgomery, Alabama, and it had an enormous effect on me. It’s like nothing else I’ve ever read. I highly recommend it.