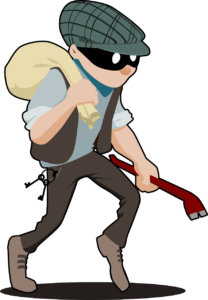 Remember The Book Thief by Markus Zusak? It was the story of a young German girl during World War II who steals books to comfort her during her family’s travails.

Unfortunately, about a year ago, a new breed of book thieves came on the scene when some slimy social media influencers promoted abuse of Amazon’s ebook return policy.

When you read on a Kindle, Amazon knows exactly where you stopped and takes you to that same spot when you open your Kindle for a new session. When you switch from a Kindle to reading on a different device, it takes you directly to the correct location.

Amazon knows when you finish a book because you immediately receive a message asking you to rate it.

Viral social media publicized this loophole. The practice of “buying” an ebook, reading it, and returning it for a full refund ran rampant.

Series authors reported that book 1 was purchased and returned a week later. Same happened with book 2. Then 3, 4, 5, 12, and 19. Obviously thieves had to read the entire series before they decided they didn’t like it.

Book thieves quickly learned Amazon could be used as a library, reading as many books as they could consume…FOR FREE! All they had to do was return them within seven days. Why pay a $10 monthly fee for a Kindle Unlimited subscription?

Clearly, Amazon could track this new trend but did nothing.

Incomes went down for many authors.

Another Amazon policy allows them to penalize authors if too many books are returned. They may even pull your books from being sold, citing poor quality as the reason for returns. What is poor quality? How many is too many? Who makes those decisions? Only the algorithm knows.

Book thieves may have justified their actions because they figured they were sticking it to Amazon.

In reality, thieves were sticking it to authors who work hard to write quality books. Their work and investment in cover art, editing, proofreading, etc., were being stolen the same as if books were shoplifted from a store.

A petition protesting the policy gathered more than 70,000 signatures. The Authors Guild and the Society of Authors (UK) took evidence of abuses to Amazon.

On September 22, 2022, the Authors Guild made this welcome announcement:

Amazon informed us of its plans to change its ebook return policy to restrict automatic returns to purchases where no more than 10 percent of the book has been read.

The planned change will go into effect by the end of the year. Any customer who wishes to return an ebook after reading more than 10 percent will need to send in a customer service request, which will be reviewed by a representative to ensure that the return request is genuine and complies with Amazon’s policies against abuse. This process will create a strong deterrent against buying, reading, and returning ebooks within seven days, and readers who attempt to abuse the return policy will be penalized under Amazon’s policies.

A big thank you to CEO Mary Rasenberger and the conscientious staff of the Authors Guild for protecting authors’ interests and income.

TKZers: Do you believe you were targeted by book thieves? Did you experience an uptick in ebook returns?