My recent reading has included two mysteries where the ‘bad guys’ went into “do I buy this?” territory for me, for various reasons. Both were well-written and good reads, so this post is more for discussion than me saying ‘do this’ or ‘don’t do this.’ I always like what the TKZ peeps have to contribute. Sadly, I have an emergency trip so I won’t be around much to respond to comments, but I know you will keep things going.

Keeping the villain’s identity hidden from readers in mysteries (my genre of choice) is a challenge. Neither book fell into the “you don’t see the villain until the gather all suspects into the parlor category, so there was no sense of cheating the reader.

In one book, there was a set of identical twins. No, it wasn’t a case of them pretending to be each other, which I consider a major contrivance (and I happen to be the mother of a set of twins, although they’re fraternal). Before I gave birth to them, I was of the “twins are a plot copout” mindset. They still can be, but that’s another issue, and I digress.

In the twins book, one was a very dependent individual, who the dominant twin, who also happened to be the killer, took responsibility for. Another twist—the dependent twin was in the midst of transitioning to female (is that a correct term these days?) and was more or less in hiding during the process. The reader was aware of the character’s existence via phone calls from the other twin, but there wasn’t much of an on-the-page presence until it was time to reveal the secret. When I got to that point, I had minor niggles of “is this playing coy with the reader?” Was it too much of a stretch from day to day reality? Or, do reader want departures from the logical, day to day reality?

The other book relied on the killer having Dissociative Identity Disorder (multiple personalities) and the cops were looking for what they thought were two different people. Who later turned out to be three. DID is real, but it affects less than 2% of the population, and most cases are female. In this book, the character was male. Still, it’s a “this could happen” scenario.

For the twins, I can accept the ploy, because the second twin could have been anyone the killer felt close to or responsible for.

In the case of the DID character(s), the condition is so rare that there was an underlying feeling of “although it could happen, I’m not sure it’s working for me.”

What’s your take on using the very low percentage condition for a villain in a mystery? Would you go back and re-read to find where the author left clues? 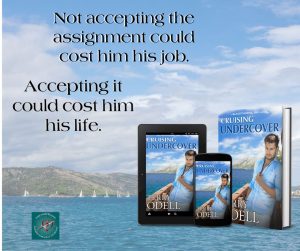