Why do writers want to write?

Good question, and one put to me the other morning that caused evening introspection. Let me tell you how that came to be.

Rita (my wife of thirty-nine years) and I are on a week’s getaway to Galiano Island near our home on British Columbia’s Pacific west coast. We met another couple at the tie-up wharf and got talking. You know, general stuff… “Where you from? How long you here? Where you headed after this?”

Then came a question aimed at me. “What do you do when you’re not on vacation?”

“’Besides bleeding money through the stock market,” I replied. “I’m a writer.”

“Interesting. What makes you want to write?”

I wasn’t stuck for an answer, but I was stuck for the right answer. Later that night (after five five-o’clocks on the dock which is mandatory attendance among the boating fraternity), I introspected with Google searches about writer motivation. I came up with a Youtube video by a remarkable young singer/songwriter named Meskerem Mees. She summed my introspection with this line in the lyrics from her piece titled The Writer:

Kill Zone writers, Ms. Mees’s song is uplifting. Here are the links to the video and the lyrics. 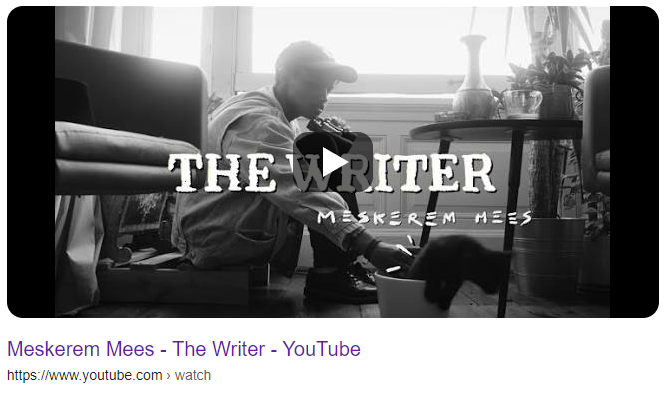 And the takeaway question which you’re expected to answer—why do you want to write?

34 thoughts on ““The Writer” by Meskerem Mees”