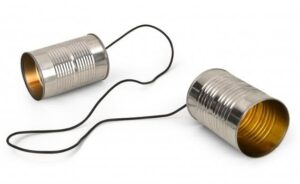 When I was last here two weeks ago I discussed ancient books and authors. I was gratified to receive a number of comments on the topic, including one from Dan Phalen, who wondered what would become of our digital prose. Dan used the example of an archeologist coming upon an iPhone a thousand years from now who would be faced with the task of coaxing digital text from the device.

Dan’s example isn’t going to have to wait for one thousand years to occur. It’s happening right now. Remember floppy disks? Some of you may not. They were and are these square things that were read by something known, by amazing coincidence, as a floppy disk drive. If some of you have a bunch taking up space in a forgotten corner of your office you might be surprised and disappointed to find that the data on them is corrupted or bye-bye. On the other hand, some companies, like Boeing, the airplane people, still use them.  Think about that the next time you are in the air and you hear your pilot say “Uh-oh” on a hot mike, followed by an extended period of turbulence. 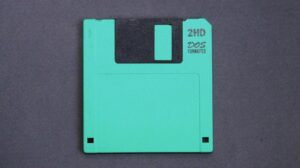 There are also .art files. Back when AOL was (almost) the only game in town and you downloaded pictures from the internet using AOL those pictures were saved in the form of an .art file. A great many of those are corrupted as well. I have tried several programs to open them but none have worked. AMF. That said, the unknown of the obsolete goes back much, much further than the most recent turn of the century. More on that in a minute.

I did another research deep dive — this one into the topic of information storage retrieval — and almost didn’t get this post written because of it. I was in so deep and had to come up so fast that I am still recovering from the bends. I did find a number of interesting websites dealing with the topic of retrieving data from obsolete technical doo-dahs. I’ll (attempt to) limit my discussion to two of them, which hopefully will be particularly relevant for those of you who labor in the historical fiction grammar mine. As an aside, let me note that there doesn’t seem to be an agreed-upon definition of what “historical fiction” is. For our purposes, we’ll call it a story set at least twenty-five years before the year in which the story is written. That would be from the beginning of all of this around us to…um…1996. That is disconcerting because I can remember a number of major events in my life from that year but not what I had for lunch yesterday. Oh, the humanity!

Onward. There is a wonderfully nerdy (and I say that with the highest respect) site named the Museum of Obsolete Media which is a time bandit of the highest order. If you look under the “Popular Tags” section you will see links to decades beginning with the 1860s. If you are neck-deep in writing a series set in the 1900s and want to see what was there in 1906 that ain’t no more and want to use it as a starting point for some element of your novel, this is the place to go for that and so much more. I was surprised when looking through my own timeline to note how many cutting-edge items (at that time) were listed that seemed futuristic but are now practically forgotten. Anyone want to buy a non-functioning Apple Newton?

Obsoletemedia.org is a labor of love. If you want to get up to your neck in things, however, the oft-forgotten but absolutely indispensable National Archives has an area — a very, very large area — devoted to “special media preservation.” That area has everything from wire recordings and machines to play them on to that new iPhone that you’ll brick in two years. It is particularly noteworthy that you can email questions to them about such topics and the worker bees there will happily email you back with everything you ever wanted to know about, say, wax cylinder recordings, the same way that your local library still does for more mundane topics.

It all sounds very cool. The problem, though,  is that all of that data, particularly the digital type on collections such as the ones in the National Archives, is sitting on a time bomb. The immediate problem with contemporary “media preservation” is that digital media isn’t built to last. It is fragile coming out of the box and deteriorates relatively rapidly.  That is but one reason that I can’t open .art files I made twenty years ago but I can go on eBay and buy photographs taken in the 1800s. As far as digital information is concerned, there is more and more of it being made, lost, and found even as there are fewer people dedicated to exploring the obsolete storage mechanisms and preserving what they find. Information is being lost, as is the ability to retrieve it in the first place. Meanwhile, wire recordings made by Thomas Alva Edison still work and can be repaired. 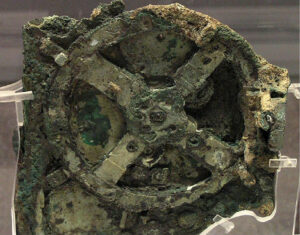 but it is something called the “Antikythera Mechanism,” considered to be the world’s oldest computer. It is believed to have predated Bill Gates’ monster by around two thousand years. The Antikythera Mechanism was discovered amidst the ruins of an ancient shipwreck in 1901. It was not until 2008 that it was recognized for what it was (“Why…that’s an Antikythera Mechanism!”). Yes. It took a looong time for archeologists and scientists to figure out what the f-heck it was and what it could do, which was predicting solar eclipses and organizing calendars (“Meet Lycastra on the down-low. 4P by the sundial”). It can probably do a heck of a lot more, such as spontaneously opening dimensions between our reality and the netherworld on July 11, 2021.  What I find particularly interesting is that our contemporary technology had to catch up with the Antikythera Mechanism so that it could be recognized for what it was. Otherwise, it would probably be a paperweight on a desk of a Greek fishing boat.

I had a conversation last week with my granddaughter, who is starting high school next year. We talked about fields of study. My advice to her was to master computer systems and storage retrieval. “This is all going to break down,” I said. “All of it. It’s not a question of ‘if’ but a question of ‘when.’ When all the king’s horses and men need those digital bits put back together be ready to be the one to do it. You’ll be able to name your own price. Settle for nothing less than your own island and a bunch of people — well paid, but well paid by somebody else — to look after it.”

When I think about the Antikythera Mechanism, that advice looks better with each day.

So what technological device, program, or storage entity do you miss? Windows 7 is an okay answer.

62 thoughts on “In Praise of the Antikythera Mechanism!”