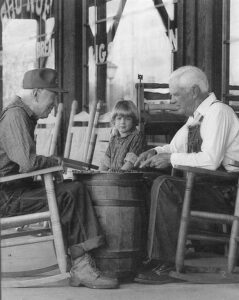 Gather round the ol’ cracker barrel, children. Let me tell you a story of long ago, when the only place you could get books was a bookstore. Yes! It’s really true!

Now, a bookstore was a wondrous place. It was a building made of bricks and mortar, and it had shelves filled with books you could touch, take down and look at—right there in the store!

In this land the only way a writer could get a book into those stores was by entering into a contract with a publishing company and ceding the rights to his work.

Those were perilous times, children. A time of heady highs and dismal lows. There was the excitement of that first novel showing up on a shelf in a Barnes & Noble. Sure, it was only a copy or two, and only the spine showed. But you were there! Along with John Grisham, Stephen King, and Dean Koontz!

Well, sort of. Those guys took up a lot of shelf real estate with their backlist titles. You, the new kid on the block, were going to have to prove your commercial worth over a period of years before you got that attention. After all, the bookstores were in business to make a profit. Every month thousands of books swept into the stores for their debut. Most of these were swept right out again on the tide of the next month’s releases. If yours was one of them, you kept your hopes of making a buck or two alive by working on your next project.

Until your publisher decided, well, it doesn’t look like you’re making enough money for us to keep you around. Sorry, it was a nice try, and good luck to you.

Your books became, in the jargon, OOP—out of print. If you had low sales numbers it was unlikely another publisher, unless it was dinky, would offer you another contract.

You would be out in the cold, and your books, your precious babies, were still under the control of the company that dropped you.

Hopefully, you and your agent negotiated a fair Out-of-Print clause which would enable you to request your rights back.

But then what? Again, it was highly unlikely that another company would reprint books that didn’t do so well the first time. Your backlist was essentially a ghost town.

Then into this land came a wizard named Bezos. With one wave of his magic wand he changed the game forever. Now there was a way for a writer to make some dough without a big publishing company, physical bookstores, or sales reps! How could such a wonderful thing be?

Many a midlist writer began seeking rights reversions so they could make their “dead” titles available again. Even more, they could control pricing and promotions. They could give their titles the attention they had long been denied. And do so in the world’s largest bookstore! Once again, right alongside Grisham, King, and Koontz. 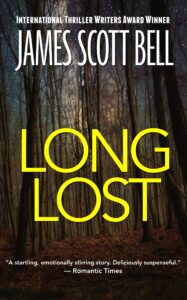 And “Huzzah” is exactly what I am saying as I bring back to life one of my books from the “old days.” In doing so, I have given it a light edit, a new cover and title, but in all other respects left it true to its time and place. I am happy to announce the pre-publication of Long Lost (formerly published as The Whole Truth).

At the age of five, Steve Conroy saw his seven-year-old brother kidnapped from the bedroom they shared. His brother was never found. And the guilt of his silence that night has all but destroyed Steve’s life.

Now thirty years old with a failing law practice, Steve agrees to represent a convicted criminal, Johnny LaSalle, who has ties to a notorious family—and some information that threatens to blow Steve’s world apart.

Desperate for his final shot at professional success, Steve will do anything to find the truth. But Johnny knows far more than he’s telling, and the secrets he keeps have deadly consequences. Now Steve must depend on an inexperienced law student whose faith seems to be his last chance at redemption from a corrupt world where one wrong move may be his last.

I’m doing something Crazy Eddie-ish with this book. When I was living in New York in the 70s there was an electronics store called Crazy Eddie. It hired a fast-talking disc jockey named Jerry Carroll, who did something like 7500 commercials for them, with a rat-a-tat riff that ended with the tagline: “His prices are IN-SANE!” Have a look:

All that to say, my pre-pub deal price is IN-SANE! Only 99¢. For an 87,000 word novel. Why? Simply because I want my supportive readers to have it for a song (I can’t sing, so this is the nearest I’ll get). After launch I’ll price it at a sane $4.99. But you can  reserve your copy at the deal price by going to:

And just so you know, it got some excellent trade reviews upon release. If I may:

“James Scott Bell takes this intriguing what-if concept and weaves it into yet another page-turning, redemptive thriller.” —  TitleTrakk.com

“ This gritty tale will have readers cheering for Steve as he desperately tries to put the pieces of his life back together. The scenes and characters jump off the page to create a startling, emotionally stirring story. Deliciously suspenseful. ” — Romantic Times

The novel begins, They put Robert in Stevie’s room when Stevie started having night terrors.

It ends with said.

Thanks for listening. And help yourself to the crackers.