On last Friday’s question, one person commented on transitions being hardest for her to write, so I thought I’d address my approach to the subject here. 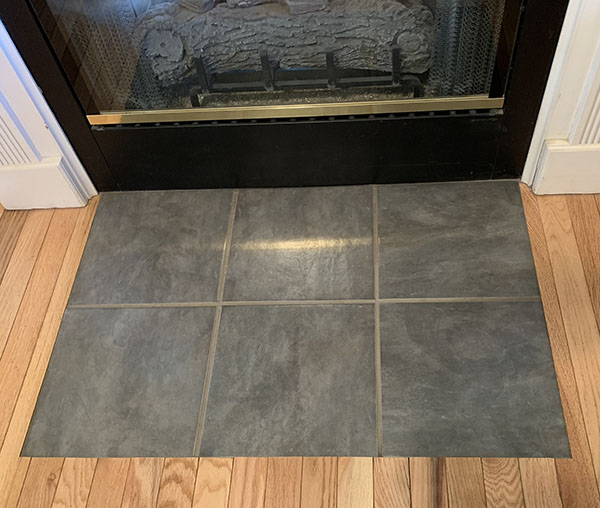 When we moved to Colorado, we did a lot of remodeling. We have a small tile area in front of the fireplace. We installed ¾ inch hardwood for the rest of the floor. One of the challenges the contractors faced was making sure the transition between tile and wood was smooth, because the new hardwood was thicker than the pre-existing laminate flooring.

In your manuscript, you have to decide how you’re going to get from one time or place to the next. You don’t want people tripping when they move from tile to wood. That’s why paying attention to transitions is important.

There are ‘big’ transitions: Switching POV characters, chapter breaks, and scene breaks. There are the ‘little ones: Making sure every sentence, every paragraph follows logically from the one preceding it. As you can see, it’s a broad topic, but I’ll try to hit some of the high points.

When I started writing, I felt obligated to be with my characters 24/7. It was a major writing breakthrough to be able to write, “By Friday” when the previous scene was on a Wednesday. Skip two days? Gasp! Things had to be happening. And they were, but they weren’t anything that moved the story. There are other ways to show passage of time. Some authors like to date/time stamp scenes and chapters. There are scene breaks. Or, just some extra white space.

Formatting note: if you’re indie publishing, some of the conversion software (for ebooks) assumes extra returns are mistakes, and removes them. Print is another matter. For ebooks, I take the cautious approach and use a marker. If it’s a break within a scene, and my normal scene breaks are ~~~, then I’ll use a single ~ to show I’m with the same POV character, same scene, but time or place has changed.

For new chapters and scenes, I want to make sure I’m grounding the reader in the who, where, and when. For my romantic suspense books, each chapter usually has 2 main scenes, one from each character’s POV. That requires a bit of leapfrog mentality from the reader.

The last sentence of a scene often won’t lead into the first of the next. There has to be a way to remind the reader of: first, whose scene this will be, and second, where the previous scene ended. And, if time has passed, there has to be a way to indicate that as well. When you shift scenes or chapters, look at your opening paragraph. Is it description? Yes, you want to show the reader they’re somewhere else, but it can be more important to show the reader who they’re with first. Keep them involved with the character; don’t slow the read to describe the sunrise.

An example: Protag Graham has a POV scene in Chapter One. We’ve learned he’s a patrol cop with a goal of a transfer into a detective position. He’s in competition with another cop, Clarke. That scene ends with the following, which was clearly in Graham’s POV. He’s been thinking of the woman he just met in his investigation.

Laughter erupted from the room. The sound of his name, coupled with Clarke’s guffaws, eradicated Colleen’s image like wind-blown storm clouds. Dammit. It had been five years. He was a damn good cop, and he was going to beat Clarke into CID no matter how many times the arrogant bastard tried to dredge up his past.

He appears again in Chapter Two, but not as a POV character. His next turn center stage is in Chapter Four. Here’s the opening:

Graham finished filing his reports, surprised to see it was four-thirty. Instead of going home, he drove to Central Ops. Roger Schaeffer in CID might let him poke around a little. The lieutenant seemed to be one of the few who thought Graham had a shot at the CID spot. His recommendation could make the difference.

For this scene, I opened by using Graham’s name (who), and also a time reference (when). The where, Central Ops is mentioned. Also, by showing something only Graham can be aware of (his surprise at the time), we’ve established it’s his POV scene. If there was any doubt, the rest of the paragraph is internal monologue, thoughts only Graham would know.

Another good reason for clear transitions between chapters and scenes is because those tend to be the logical stopping places for readers. If they’re not picking up the book until the next night—or later, but we hate to think they could possibly wait that long to continue reading—it helps if they don’t feel that they have to back up to get a running start.

You also have to consider the ‘mini-transitions.’

Whether you’re writing narrative or dialogue, there has to be a clear and steady flow from one sentence to the next, from one paragraph to the next. Just as you need transitions between scenes, you need transitions between individual paragraphs. And sentences. Consider dialogue. Normally, in conversation, if someone asks a question, we’ll answer it. Whatever the person who asked the question happens to be doing or thinking is going on simultaneously with our hearing the question and giving our response.

But in writing, if you stick all those internal thoughts and gestures in, it’s likely your reader will have forgotten the question. Look out for tacking on sentences after a character has asked a question. That’s not the best place to include it.

How do you handle transitions? Tips or problems you’re looking for help with? I’m sure there are a lot of folks here willing to chime in.