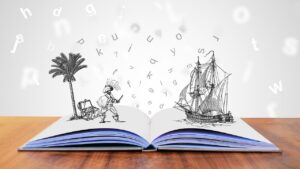 Image by Tumisu from Pixabay

Scenes are the building blocks of plot.

What are the hardest for you?