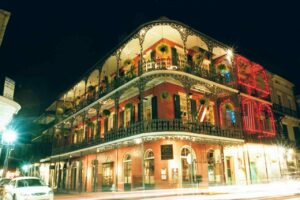 How do characters come to you? For me, each book can be different. I don’t have a set method, nor do I want to nail my process down. I’ve awakened in the middle of the night with a character speaking to me about his or her story. I leap from bed and rush to the bathroom with pen and paper in hand to jot down notes.

Sometimes from my preliminary research, I can meld 2-3 ideas together and a character might spring from that work. For example, I might realize I need an adventurer hero, a love interest and one of them might need a scientific background or have other special cognitive skills to pull off the plot that’s developing. Those characters come at me slowly and build, where I sometimes throw in fun hobbies or weirdness to keep the plot interesting.

Have you ever gone back into a novel you’ve already written and examined character archetypes?

You can also do this deep dive for themes you generally write about, even if it’s not a conscious awareness you have when you first start your project. I write from a gut level. Too much structure might inhibit my process, but I do find it interesting to take a closer look after I finish writing a book, especially if it sells well and the feedback is good from industry professionals. It’s helpful to dig into a plot I created organically to find threads of themes I love to explore.

I recently sold a series to The Wild Rose Press. Book 1 is called THE CURSE SHE WORE – A Trinity LeDoux novel.

TRINITY – When I looked back at my heroine, Trinity appeared to be a combination of two archetypes, until I gave her a closer look. On the surface, she’s an innocent AND an orphan, but when I examined her from the GOAL and FEAR angles, I saw her clearly as an ORPHAN. No family. She’s homeless and living on the streets of New Orleans. She hasn’t known much happiness and punishment would only make her more stubborn. Her soft underbelly lies in her own thoughts on where she belongs and what she deserves. She keeps her life at a distance from others–her self-imposed exclusion. She thinks she doesn’t need anyone until she meets Hayden, but what she has planned for him, there won’t be anything left to build on. Loyalty can be a double-edged sword.

HAYDEN – My hero Hayden Quinn doesn’t fall neatly into the HERO category. Because of his psychic ability, he’s become a CAREGIVER to a small needy Santeria community in New Orleans. But his gift didn’t help him when he needed it most. He’s drawn to help others, but his ability only reminds him of the worst day of his life.

CROSSED PATHS – As a child of the streets, Trinity exploits Hayden’s guilt and grief to get what she wants. He’s unable to say no because of his guilt. For an author, it’s not easy to walk a line of conflict that I wanted to sustain throughout the first novel in this series. Surprises and unexpected outcomes twist through the plot until the very last page of book 1. The roots of their conflict grow deeper and extend into book 2.

SUMMARY: Whether you use these 12-archetypes to analyze a completed manuscript or consider them when you begin framing a new story, these building blocks can sustain an effective character study and get you thinking. It helped me dive deeper into my characters and this will help me develop the series. Any series needs the stakes to escalate and it all springs from a foundation of knowing your characters well. You have to keep punishing them. Show the reader why your characters deserve star status.

When you consider these basic types, imagine pitting them against one another for sustained conflict. In the case of Trinity and Hayden, she risks putting his life at risk out of her loyalty to a dead friend. Any hope she had for a future is snuffed out by her own decisions.

For him, the very gift that had been a blessing failed him at the worst time of his life. Now his gift might kill him, but he can’t resist protecting Trinity. It’s in his nature.

All Hayden and Trinity have in common is death.

1.) As an exercise, forge conflict between two archetypes of your choosing to create a one-liner plot pitch.

2.) Share your main character archetype from your current or latest WIP. Does the Carl Jung matrix above help you define your character?

The Curse She Wore – A Trinity LeDoux Novel

They had Death in Common

Trinity LeDoux, a homeless young woman in New Orleans, has nothing to lose when she hands a cursed vintage necklace to unsuspecting Hayden Quinn at one of his rare public appearances—a wealthy yet reclusive clairvoyant she hopes to recruit for a perilous journey. She prays that the jewelry she’d stolen off a body at a funeral will telepathically transport the powerful psychic to the murder scenes of two women at the exact moment of their deaths—even though the killings take place 125 years apart and span two continents.

When the ill-fated necklace connects the brutal crimes in a macabre vision, Hayden becomes a sympathetic believer. After enduring the tragic loss of his beloved wife and child, Hayden is touched by Trinity’s vulnerability and her need for justice in the cruel slaughter of her best friend, the rightful owner of the necklace.

Hayden and Trinity are two broken people who have nothing but death in common when they take on a dangerous quest. They must stop a killer from resurrecting the grisly work of Jack the Ripper by targeting the ancestors of the Ripper’s victims. Trinity will learn the hard way that trespassing on Fate’s turf always has its reckoning.

17 thoughts on “12-Archetypes: A Framework for Creating a Cast of Memorable Characters”