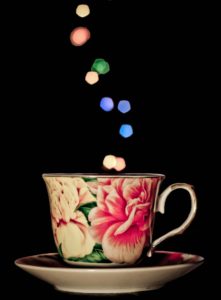 Eric, a TKZ regular, sent this note to our own James Scott Bell:
“It might be good for TKZ to address what defines a true cozy, as opposed to a ‘cutesie,’ and how to market true cozies. I’m having trouble figuring out the cozy genre.
“What I’m writing is neither thriller nor police procedural nor hard-boiled. But it sure ain’t what I call ‘cutesies’–novels that start with a silly pun in the title, usually having to do with food or animals or Amish, that have a cartoonish cover, and that go downhill from there into worse silliness.
“When I search ‘cozy mystery’ on Amazon, nearly all I see are cutesies.
“The paradigms for the cozy mystery seem to be Conan Doyle, Agatha Christie, Dorothy Sayers, Margery Allingham. So I think of Grafton, Giorello, and Greeley’s Bishop Blackie stories as cozies. The young Raleigh Harmon and Bishop Blackie are amateur detectives, like Holmes, Wimsey, Marple, and Campion. Poirot and Milhone are PIs. (Since the adult Raleigh Harmon works for the FBI, does that make those novels ‘police procedurals’?)
“My book is somewhat like James Scott Bell’s Glimpses of Paradise, with more crime and mystery and more realistic language. And it has similarities to the Giorello mysteries, with less detecting and, again, more realistic language. But the raw language would not seem enough to make it hard-boiled. Soft-boiled at most.
“You guys at TKZ are more into thrillers, but I’m sure some of you would have good insight into marketing true cozies as distinct from cutesies.
“Or has the true cozy genre been squeezed into extinction by the more specialized mystery genres, viz., cutesies, thrillers, police procedurals, legal dramas and medical mysteries?”
Whoa, there Eric. You’ve given us a lot to discuss here. Since I’m a former cozy writer who now writes forensic mysteries, Jim asked me to address your question. 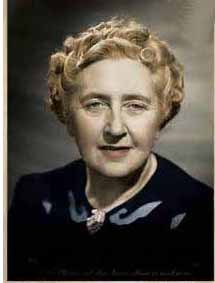 First, what is a cozy?
A cozy is usually a mystery with no graphic sex, cuss words or violence. Generally, the murder takes place offstage. Dame Agatha is the queen of cozies, but Miss Marple is no pushover. “I am Nemesis,” the fluffy old lady announces, and relentlessly pursues killers.
Conan Doyle’s Sherlock Holmes mysteries are not cozies, though they have many of the same elements. Sherlock has a hard edge to him, and some of his stories, like “The Man With the Twisted Lip,” border on noir. Doyle, like Grafton and Sayers, writes traditional mysteries, but they aren’t considered cozies. You’ve lumped a lot of traditional novels together under the cozy umbrella. Traditional mysteries play fair – they give readers all the clues, though they may be cleverly disguised. You may be writing a traditional mystery.
The “cutesies” that you object to are simply one branch of the cozy sub-genre.
The so-called “cutesies” exist for one reason: They sell.
Amazon does not waste space on books that don’t move. Many readers love to read about knitters, cookie bakers, candy makers and florists who solve murders. In fact, the more arcane the sleuth’s profession, the better. There are cozies about pickle shops, jam shops, antique shops, plus tea, chocolate and coffee shops galore.
The readers for these cozies are primarily women. 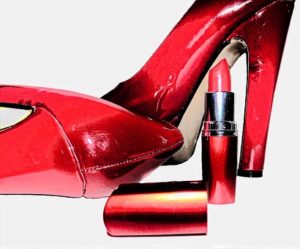 And that leads us to another issue: Books by women cozy authors are often relegated to the pink ghetto. They are given a cute title, a cartoon cover featuring high heels, lipstick, or maybe a cat (and never underestimate the importance of cats in cozies) and sent out into the publishing world with little or no support – and I’m not talking about lingerie. Some of the cozy mysteries published by major houses don’t even rate their own press release. They get a “group release” with three or four other similar cozy authors.
This problem exists for many books written by women. The Boston Globe wrote about a Radcliffe alumni panel on women’s fiction. The article said: “Women of letters have been marginalized since the dawn of Western literature. It is nonetheless surprising that this predicament remains so entrenched. In a yearly study VIDA, an organization for women in the literary arts, reliably finds that major publications still carry more male bylines and cover more books authored by men.
“Although their impact is unquantifiable, book covers certainly have something to do with this disparity. Marketing affects the way readers of both genders perceive the artistic merits of a book. Stereotypically feminine signifiers— a lipstick tube, a woman’s naked back — can inadvertently disqualify a novel from the world of serious literature.” 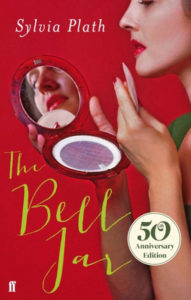 Even literary classics like The Bell Jar aren’t safe, the article said. For the 50th anniversary reissue, the publisher “tarted up Sylvia Plath’s classic novel of existential despondency with an illustration of a woman wearing gobs of eyeliner sneering into a compact. . . . The public outcry was encouraging: In addition to an abundance of op-eds about the cover’s sickening deceptiveness, people designed their own parody reissues of classic novels and shared them on Twitter.”
The Boston Globe then asks: “So how does a publisher signal to a manly reader that a woman-authored book he has in his hands won’t offend him with talk of motherhood, makeup, and menstruation? How do they assure him this novel is worthy of his time, and possibly a literary prize?
“Enter the ‘man trap,’ a phrase Grove Atlantic vice president and executive editor Elisabeth Schmitz coined for her Radcliffe talk. Schmitz defines the man-trap cover as ‘splashier, brighter, more iconic’ and ‘less gendered’ than its pink ghetto counterparts. 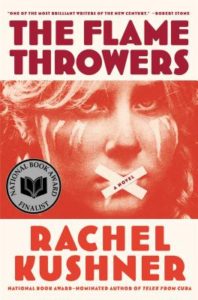 She proffered Rachel Kushner’s National Book Award-nominated The Flamethrowers as a case study. Although the novel concerns a female protagonist’s sexual and artistic awakening, it also dealt with modern art, revolution, and motorcycle racing. Its cover image — a decidedly arty, text-heavy affair with an orange-hued photograph of a blond woman’s face with tape over her mouth — lacked all vestiges of feminine frippery.”
You can read the rest of the article here: https://tinyurl.com/yaouzlws 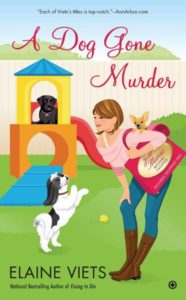 If you want to see the mystery genre difference, look at the cozy cover for my Josie Marcus, Mystery Shopper mystery, A Dog Gone Murder versus the cover for my new Angela Richman, Death Investigator mystery, Ice Blonde.  You can’t see it, but Josie’s red bag says the novel “includes shopping tips.” That was the publisher’s idea. I hated those suckers, and killed them in the re-release. 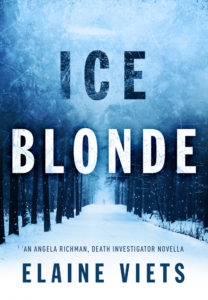 Obviously, the so-called “cutesies” are not your cup of tea, Eric. Some cozies are pure fluff. I don’t read them. But cozies are good ways to explore other occupations and hobbies – hence the knitting and tea shop mysteries – as well as relationships. Women seem to demand this dimension more in their reading than men.
We all have poorly written sub-genres that we don’t enjoy. I won’t discuss the boring thrillers with cardboard protagonists, or clichéd police procedurals with the drunken ex-cop who accidentally shot someone in the line of duty – though Lawrence Block’s Matthew Scudder series takes that tired cliché and turns it into art.
You don’t like what you call “cutesies” and you believe that cozy genre is infested with them. Because of the pink ghetto, you’re missing some fine cozy reading. Here are some cozies with real meat: 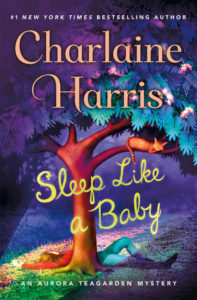 Read Charlaine Harris’s Aurora Teagarden series. Aurora is a small-town librarian, and Charlaine can build real menace into everyday life. Try her latest, Sleep Like a Baby. Or, if you prefer your cozies historical, read Victoria Thompson’s Gaslight series about a Victorian midwife. You’ll learn about social justice, poverty and religious prejudice. Cozies can also address justice and racial equality – for that, I recommend Margaret Maron’s Judge Deborah Knott series. 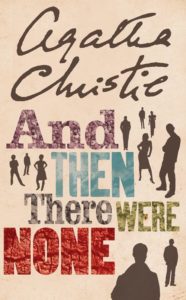 And if you want to see what’s possible in the cozy format, re-read Agatha Christie. I’m currently reading And Then There Were None, which was published under the now offensive title using the N-word. And Then There Were None has a masterful use of multiple characters and a can’t-put-down story. No wonder Christie outsells every author except Shakespeare.
NEXT MONTH: How to market your cozy.

65 thoughts on “Cozies vs. Cutesies”