But whether you’re introverted and shy or known as the life of the party, I believe the first step to becoming a successful writer is to adapt a successful attitude. By that I mean, if you act like a success, there’s a good chance the world around you will treat you in like manner.

We could get into a heavy discussion of what success means, but that’s for another day. In general, for some, success means big money and a slot on the bestseller list. Others feel successful in just completing a manuscript. Certainly it’s important that each of us determine what we consider to be a success and then work toward it. Not defining success for yourself could mean you might not know if you’ve achieved it. In the end, it doesn’t really matter. I believe that success is just a state of mind.

If you don’t feel that you’ve achieved success in your writing yet, it shouldn’t stop you from 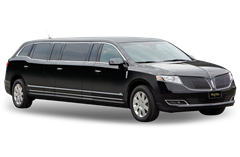 taking on a successful attitude. My advice is to act successful now in anticipation of becoming successful later. No, I don’t mean spending thousands on fancy clothes or showing up at a book signing in a Lincoln stretch limo. Nor do I suggest lying about your success or attempting to deceive anyone.

Having a positive attitude is not deceit. In fact, it’s addictive and usually produces successful results.

Someone once said, “You are what you eat.” I think that concept goes way beyond nutrition. For example, if you complain about rejection from traditional publishers and agents, or constantly bad mouth the state of the publishing industry, chances are you will develop a self-fulfilling prophecy. Those things that you find negative will continue to come your way. Your writing will suffer, your head will become clouded, and at some point, you will consider yourself a failure because you just might be.

Have you ever said, “Those New York publishers only want books from bestselling authors and famous people. I haven’t got a chance.” Or, “I’ve read about someone who self-published and sold millions of copies. The big publishers came begging. That’s my plan.” My advice: go buy a lottery ticket. The odds of success are about the same.

Successful writers (or any profession) become so because they believe in themselves and their ability to succeed. And the more they believe, the more they attract success. Act the part, walk the walk, think as a successful writer would think, and before you know it, your writing improves, you get that first contract, your advances grow, your sales increase, and your publisher pays for the Lincoln stretch limo.
——————————–

Goodreads Giveaway!
Register to win one of 10 copies of THE TOMB, book 3 in the Maxine Decker series. Giveaway ends September 14, 2015.

21 thoughts on “Dress for Success”