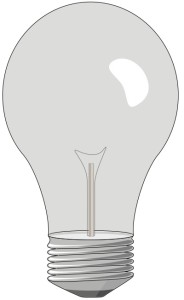 Authors who’ve been around awhile, and have more than a few books out there, are often asked two questions.

The first is, “Where do you get your ideas?”

I like how Harlan Ellison used to answer that: “There’s a swell idea service in Schenectady. Every week I send them twenty-five bucks, and every week they send me a fresh six-pack of ideas.”

Every now and then someone would ask him for the address of the service, and Harlan would do to that person what Harlan always used to do all such folks, i.e., not suffer them.

The other question we’re asked is, “Which book is your favorite?”

But when I am asked about a series, I pause a moment, then name my legal thrillers featuring Ty Buchanan. They originally came out in beautiful hardcover editions, then trade paper.

As Seinfeld would say, yadda yadda yadda, I am pleased to report that I’m now releasing all three books in new digital editions. And to celebrate, I’m pricing each one at $2.99 for this kickoff period. 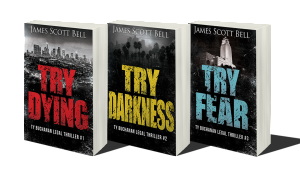 Allow me to tell you how I got the idea for the series, and indeed for each book. It started with my regularly scheduled “creativity time.”

Back when newspapers existed, I would read either the L.A. Times or the L.A. Daily News, and one legal newspaper, the L.A. Daily Journal. I’d scan for interesting stories or legal issues, and clip them and throw them into a box. Every now and then I’d go through that box, seeing if the ideas still interested me.

One item kept vying for my attention. It was a tragic story about an L.A. man who shot his young wife to death, then drove to a freeway overpass, got out, shot himself, and fell 100 feet to the freeway below. He crushed a Toyota, killing the driver. How bizarre is that?

So one day I wrote this up as an opening scene. When I got to the part about the woman being killed, I made up a character: Jacqueline Dwyer, a twenty-seven-year old elementary school teacher.

And then I paused, switched to a First Person POV voice, and wrote:

This would have been simply another dark and strange coincidence, the sort of thing that shows up for a two-minute report on the local news—with live remote from the scene—and maybe gets a follow-up the next day. Eventually the story would go away, fading from the city’s collective memory.

But the story did not go away. Not for me. Because Jacqueline Dwyer was the woman I was going to marry.

Who was narrating? That’s how Tyler Buchanan was born. I made him an up-and-coming, hotshot lawyer with everything going his way, until this. And especially after a shady guy finds him and tells him Jacqueline was still alive after the crash … and someone murdered her.

Book #2, Try Darkness, was based on a story I clipped from the legal paper. It was about illegal evictions from downtown transient hotels. There was a trick landlords were using to get around the law, so I made one of fhs evicted a mother with a six-year-old daughter, who comes to Ty for help. And then she turns up dead, and the plot, as they say, thickens.

The last book in the trilogy is Try Fear. Again, this came out of a real story I clipped. One Christmas season the LAPD stopped a very large man on suspicion of driving under the influence. He was about 6’5”, 280 pounds. He was also wearing nothing but a Santa hat and a G-string.

I found myself thinking, This has to be Ty’s next client. So that’s how Try Fear begins.

The reviews were kind. Please allow me to toot two small horns:

“The tale equally balances action and drama, motion and emotion. Readers who pride themselves on figuring out the answers before an author reveals them are in for a surprise, too. Bell is very good at keeping secrets. Fans of thrillers with lawyers as their central characters—John Lescroart and Phillip Margolin, especially—will welcome this new addition to their must-read lists.” — Booklist

I’ve been asked many times if I might add another book to this series. I’ve considered it, but I also think the series ends in exactly the right spot, with exactly the right scene, and indeed, even the right line. I am hesitant to mess with that. But if you do decide to read all three books, I would love to hear what you think I should do!

The books are on Kindle and Nook, and soon will be on Kobo and in print. If you want to know when, you can subscribe to my email alerts and I’ll be sure to let you know.

Now we turn to you, TKZers. What is your favorite way to get ideas? And have you ever been to Schenectady?

29 thoughts on “Where Do You Get Your Ideas?”