Here at TKZ, we often talk about advanced writing techniques that go well beyond the basics. And because of that, there’s always something here for everyone—wannabes and bestsellers. I have not been writing for very long. My first book was published in 2005. Because of that, I haven’t forgotten what it w 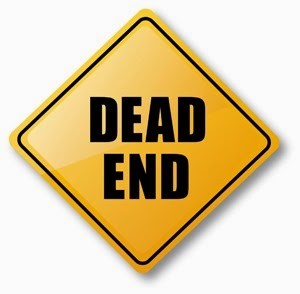 as like to know little about writing techniques—I had a story or two struggling to get out of my head and that’s all I cared about.

When I consider the many basic tips I wished I’d know back then, I find a strong desire to share what I’ve learned. Not that anything I suggest should be taken for gospel, but some of this stuff actually works.

So many most new writers stumble and fall out of the gate. It’s why so many manuscripts fail to get published or even get considered for publication. And a lack of appreciation for the basics is a huge source of frustration later on when things aren’t clicking. There are no magic beans or silver bullets in dealing with the basics. And despite some urban legends, you won’t be initiated into a secret society of published authors with a special secret handshake. The basics are just that: basic concepts on which to build your story without letting anything block the flow of your creativity.

Today I want to discuss the basics of creating endings.

It’s obvious that a strong ending is as important as a strong beginning. Your reader should never finish your book with a feeling that something was left hanging or unanswered that should have been completed. It doesn’t matter if the ending is expected or unpredictable, it shouldn’t leave the reader with unanswered questions. You don’t want to wind up with a dead ending.

Oftentimes, beginning writers don’t successfully bring all the elements of a story together in a satisfying ending. There’s no real feeling of accomplishment at the end. Your readers have taken part in a journey, and they should feel that they have arrived at a fulfilling destination. This is not to say that every conflict should be resolved. Sometimes an open-ended conflict can cause the reader to ponder a deeper concept, perhaps an internal one. Or a more obvious reason to have an unresolved conflict is to suggest a sequel or series. But something has to occur that will give your readers the feeling of satisfaction that the journey was worth the investment of their valuable time and money.

There are a number of basic methods you can use to make sure your ending is not a dead end. Consider ending with a moment of insight. Your character has gone through an internal metamorphosis that causes her to learn an important life-lesson. Her growth throughout the story leads up to this emotional insight that makes her a better or at least changed individual.

Another technique is to set a series of goals for your main character to work toward and, in the end, are achieved. Naturally, the harder the goals, the more satisfying the ending will be for the character and the reader.

The opposite of this technique is to have the protagonist fail to overcome the main obstacle or goal in the story. The ending may not be a happy one for the character, but he can still experience an insight that is fulfilling for the reader. An example of this would be a character who truly believes that riches bring happiness only to find that true fulfillment comes with the loss of material wealth. In the end, the goals of becoming rich are never met, but he is a better person for it.

You might choose to end your story with irony. This usually occurs when the character sets out to accomplish a goal and expects a certain result only to find in the end the result is exactly the opposite. A con artist tries to pull off a big scam only to be conned and scammed by the victim. There’s an old saying that the easiest sell in the world is to a salesman. Watch The Sting.

How about a surprise ending? There’s probably never been a bigger surprise ending than the movie The Sixth Sense. A kid keeps telling a guy that he can “see dead people”. Well guess what? He sees the guy because the guy is dead. There were audible gasps in the theater at the ending of that one.

As you decide on an ending and begin to write it, think of the summation an attorney makes right before the jury goes into deliberation. The final verdict will be whether the reader loves or hates your book. Or worse, feels nothing. Present a convincing argument, review all your evidence, and walk away knowing you’ve done all you can to get the verdict you want.

Max is back! Coming this Spring, Maxine Decker returns in THE TOMB from Sholes & Moore. #1 New York Times bestseller Brad Thor calls Sholes & Moore one of his favorite writing teams.

27 thoughts on “The Basics of Endings”