As I discussed in POV 101, in order to draw the reader in and grab him emotionally, every story needs to have a clearly dominant viewpoint character. We should meet that protagonist right away, preferably in the first paragraph, and the first chapter should be entirely from her point of view, so the reader knows whose story it is and can start bonding with her and rooting for her. When we see the story through her eyes, reacting as she does to her problems, it sucks us into the story and we want to keep reading to find out what happens to her.

In POV 102, I gave some tips for avoiding “head-hopping.” If we stick mainly with our main character, in his head and heart, with a bare minimum or no stepping back to describe things from the author’s stance (omniscient POV), we’re using deep point of view. Also called close third, this intimate viewpoint is a lot like first-person point of view, with the added freedom of switching to the villain’s or some other character’s POV when it suits our purpose. Deep POV is a powerful way of drawing your readers into your story quickly and making them worry about your hero right away, and keep worrying – which is exactly what you want!

But how do you go about this? Let’s suppose you’re writing a story about a macho, hero-type guy named Kurt, who defeats the villain, restores justice, and even gets the girl. It’s Kurt’s story so he’s your main viewpoint character. How do you make sure your handling of his viewpoint is as powerful as it can possibly be? 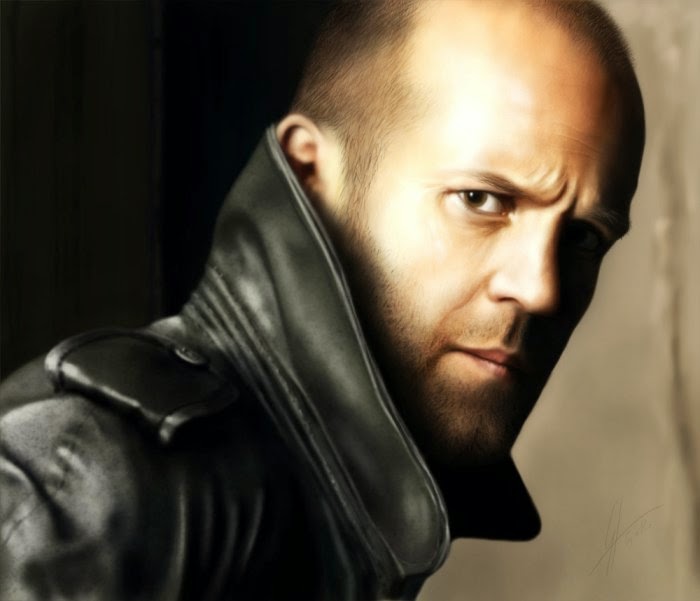 The first thing you need to do is imagine the setting, people and events as they would be perceived by Kurt, and only by him. As you write the story, you the writer must become Kurt. You see what he sees, and nothing more. You know what he knows, and nothing more. When Kurt walks into a bar, for example, you do not imagine how the bar looks from some god-like authorial stance high above, or as a movie camera might see it; you see it only as Kurt sees it, walking in purposefully and looking around.

And of course include his reactions to the other people in the bar. Show Kurt’s feelings (and only his) about what and who he’s seeing, and his reactions to the situation. Instead of saying, “The bar was noisy, dark and smoky,” say “The cigarette smoke in the air stung Kurt’s eyes and, in the dim light, he couldn’t make out if his target was there. As he looked around, the room started to quieten down. Heads turned, and eyes took him in, some curious, some hostile.” This way, the reader is seeing the scene through Kurt’s head and identifying with him, starting to worry about him. This from-the-inside-out approach is vital if you want your reader to care about your protagonist and get truly engaged in your story.

But you need to go even further – you need to describe what he’s seeing and feeling by using words and expressions that he would normally use. If your character is a rancher or a drifter or a hard-boiled P.I, you’re not going to describe the scene or his reactions in highly educated, articulate, flowery terms, or tell about things he probably wouldn’t notice, like the color-coordination of the décor, the chandeliers, or the arrangement of dried flowers in an urn on the floor.

It’s also important to be vigilant that your viewpoint doesn’t slip, so you’re suddenly giving someone else’s opinion about Kurt, or telling about something that’s happening out in the street or even in a hidden corner of the bar, while Kurt is still at the entrance of the bar. You can let the reader know other people’s reactions to Kurt, not by going into their heads at this point, but by what Kurt perceives—he sees their disapproving, admiring, angry, curious, or intense looks, picks up on their body language, hears their words and tone of voice, etc.

Then, in a later scene or chapter, you can go into the bad guy’s point of view and find out what he thinks of Kurt. Or, once he meets the girl, write a scene or chapter in her viewpoint so the reader finds out more about her and what she thinks of our hero Kurt.

This technique, properly used, will suck your readers effectively into your story world, where they really want to be, engaged, involved, and connected.

You may also be interested in these related posts:
~ Immerse Your Readers with Sensory Details
~ Show Your Characters’ Reactions to Bring Them Alive
~ Developing a Strong Third-Person Voice
~ Using Thought-Reactions to Add Attitude & Immediacy

17 thoughts on “POV 103: Engage Your Readers with Deep Point of View”