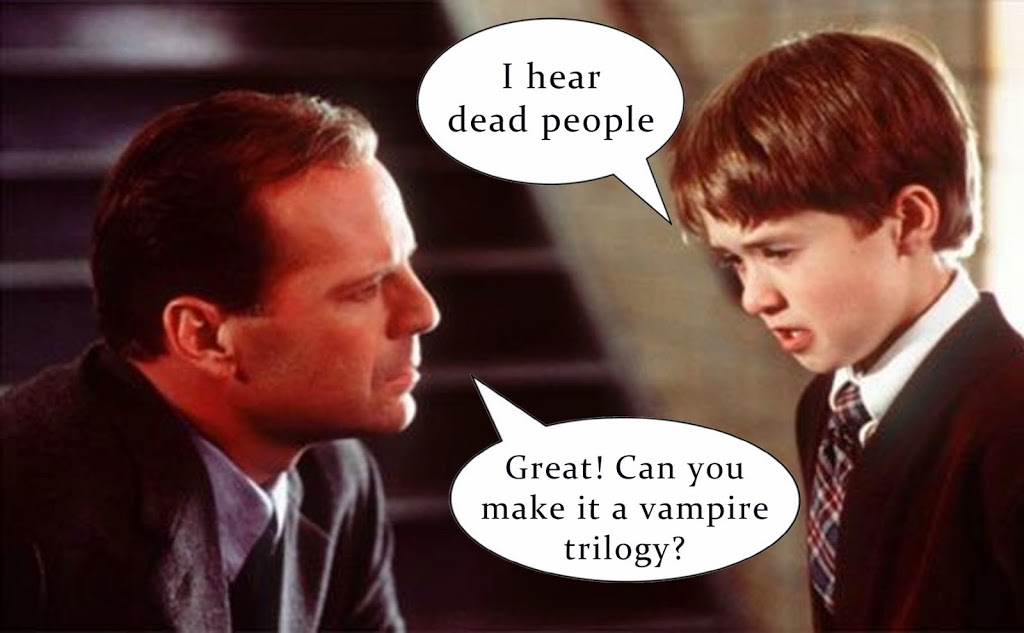 “I hear voices in my head, and if I remember correctly, I always did.” — Stephen King

So I’ve got my protagonist Clay Buchanan at a critical point in the story. He’s just done something awful, faced his “mirror moment” as James Bell calls it. And now he’s sitting in a dive bar, two sheets to the wind, thinking about what has brought him to this crisis.

My fingers are poised over the keys, waiting…

Waiting for him to tell me what is on his mind.

Clay? You there, buddy?

Dude, I really need you to talk to me.

Oh man, is there anything worse than characters who won’t talk to you? It doesn’t often happen to me but when it does, it brings my writing momentum to a screeching halt. It is something I can’t just “write through” and hope I can go back and fix it later. Because when a character refuses to reveal himself to me, refuses to let me inside to hear his thoughts, I lose the heartbeat of my story.

Most writers, I think, hear voices in their heads. Yes, we visualize our stories, seeing the action unreeling in our heads like movies. But we also hear the speech and thoughts of our characters, as if we are mere conduits for voices that seem to have lives of their own. Writing is, after all, just “a socially acceptable form of schizophrenia,” according to E.L. Doctorow.

Hearing voices is on my mind of late not just because of my recalcitrant character Clay. But also because I read about a fascinating project called Hearing The Voice. As part of medical project on auditory hallucinations at Durham University in the UK, researchers are surveying novelists about how they experience their character’s voices. They’ve gathered info from more than 100 authors, including Hilary Mantel, Virginia Woolf and Charles Dickens.

And here you thought you were the only “loony” one.

The questions are intriguing: What does inner voice actually “sound” like? What is like to hear your characters or subjects out loud? What do writers do when they can no longer “tune in” to their inner voice? (Hello? Anyone want to interview me?)

Here are some interesting findings:

Now all this is fun for academic types, but what can we mere writers glean from it that’s useful as we face the task of creating full-blooded, idiosyncratic and memorable characters? Let’s break it down.
First, I am not talking about “the writer’s voice.” That is your style, the quality that makes your writing unique to you. It conveys your attitude, personality, and way of looking at the world. I’m talking about your character’s voice. This is the speech and thought patterns of your narrator and others who orbit around him or her. Each character you bring alive on the page must have her own distinct voice. It is one of most vital – and maybe difficult – elements of great fiction. No two characters should sound alike.
You make your characters’s voices come alive on the page two ways: through dialogue and through thoughts (sometimes called interior monologue). No two people talk (to others or themselves) the same way. Every person has his own distinct vocabulary, rhythm, dialects and tone. Other things that make voice unique: age, geography, intellect, education level, and — yes, I’m going there — gender.
A teenage girl living in the farm town of Morning Sun, Iowa, is not going to sound the same as a elderly Creole dockworker from New Orleans. A British solider in World War I is not going to sound the same as an American Vietnam vet.  If they do, well, you the writer are not listening.
I’m reading a terrific book by Thomas Cook called Sandrine’s Case. (It was an Edgar best novel nominee last year but Cook’s stuff is always good. His characters live on after you close the book). Here’s one dialogue snippet:

“Worked up?” I offered a vaguely contemptuous snort. “I feel like Meursault in The Stranger.”

“Be sure you mention that to the press, or better yet, the jury. I’m sure they’re all great fans of postwar existential French literature.”

Which one is the supercilious college professor and which is the lawyer whose wife sends him to work with tuna sandwiches in bags? And here’s another:

“My grandfather would have shot you with one of the dueling pistols I still have,” he said. “But I fear I lack the courage required to defend my honor.”

Here’s another example, this time from one of my favorite movie scripts:

Crash Davis: After 12 years in the minor leagues, I don’t try out. Besides, uh, I don’t believe in quantum physics when it comes to matters of the heart.

Annie Savoy: What do you believe in, then?

In this exchange, we find out all we need to know about the intellectual level of these two baseball players.

Maybe we should also take a quick look at the mechanics of how we convey character’s voices. Dialogue mechanics are pretty straightforward. But I find some inexperienced writers have trouble with interior monologues. Maybe it’s because dialogue is SHOWING, but to convey a character’s thoughts, you must move into narrative mode, which technically is TELLING. And many writers believe that will slow things down too much. I disagree. A good interior monologue  gives the reader a window into a character’s soul. Yes, you can convey what a character is thinking or feeling through speech, facial expressions and movement. But sometimes readers also need to “hear” what is in their heads and hearts. It cements the emotional bond.

Another mechanical consideration: Do you use “I thought” or “he thought” or do you simply signpost a thought with italics? I like to use both. Here’s a sample from my WIP, the thoughts of my stubborn character Clay:

YOLO. It was a dumb name for a restaurant, he thought. But then when he glanced at the matches he had snagged from the hostess he saw that it stood for You Only Live Once.

He ordered a Martin Mills bourbon. Hundred bucks a shot, but he wasn’t paying. He took a sip, closing his eyes in pleasure at the caramel taste.

I used both techniques in the same interior monologue. Why? Clay’s thoughts about the restaurant are illuminating but sort of mundane, so I think “he thought” is sufficient. But by setting the “carpe diem, baby” off in itals, I am trying to say something unique about Clay’s rather louche personality. It’s a grace note, a kicker, an extra beat. If you use this, I recommend you set it off on its own line. And use it only for special moments or emotion, humor or info. By all means, write:

Oh God, what have I done?

I think I’ll have egg salad for lunch.

Some moments call for you the writer to directly “speak” what is on the character’s mind. I call this intimate interior narrator. You don’t use itals or attribution but when well rendered, the reader feels a psychic connection with the character.

Alex stared at the back of Buchanan’s head, a spasm of disgust moving through him, like that time that rapist had reached through the bars of the Tallahassee jail and grabbed his arm, grinning and saying he had never touched that little girl. Alex had gotten the man off. Two months later, he quit his public defender job and signed on with a small Orlando firm specializing in corporate law. It wasn’t only for the money. He just wanted to feel clean.

Even though this is me, the writer, in narrative mode, I am deep within my character’s psyche as he has a key memory, hence the slightly run-on stream-of-consciousness rhythm. If I were in an action scene, however, the rhythm would be staccato and tense.

And speaking of my characters, Clay decided about a half-hour ago that he was going to start talking to me again. Originally, I  had thought his mirror-moment had left him depressed. Then I thought it had left him angry. Well, I realized it was neither. I was confused about his motivation and well, I wasn’t really listening to him.

Now I can’t shut him up. So if you’ll excuse me, I’m going back to chapter 22 before he decides to clam up again.

30 thoughts on “Listening to Your Characters”