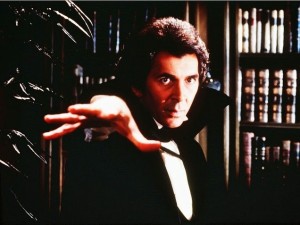 “Your next Dead-End Job mystery should be about cats,” my editor said.
I reacted as if she’d handed me a freshly used litter box.
“No,” I said. “Not cats.”
“You love cats,” she said. 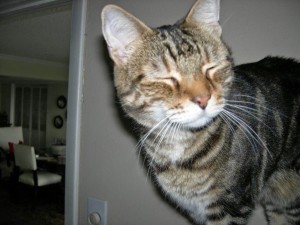 I do. And I like most cat mysteries, too. But some are so cutesy they make my teeth ache. Cats are not sweet. They’re funny, they’re beautiful, they’re elegant. But I never forget that under a cat’s soft fur beats the heart of a killer.
So I persuaded my editor that I should write my 13th Dead-End Job mystery about another subject. I sent her the outline. She was underwhelmed. “You really should write about cats,” she said.
“But they’re so girlie,” I said.
“They don’t have to be,” she said. “Write the Elaine Viets take on cats.”
That’s when it dawned on me. Cats are the new vampires. They’re a subject that’s eminently portable and ever changing. Cats are whatever you want them to be: cuddly, ruthless, aloof, loveable – or all four.
Each generation reworks the vampire myth. The classic Bram Stoker vampire was the rich preying on the poor. The ’70s Frank Langella vampire was sex without responsibility – or pregnancy. 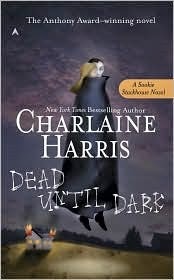 Charlaine Harris brilliantly reworked the vampire myth, and I’m not saying that just because I know her. Charlaine was already a successful New York Times mystery writer with several series when she got the idea for her Sookie Stackhouse  Southern Vampire series.
Charlaine added a fresh twist. Her vampires, like gay people, lived unrecognized among us. Then the Japanese blood substitute let the vamps come out and northern Louisiana was overrun with the undead.
When other writers tell me they’re going to write a vampire mystery, I congratulate them. But I wonder if they’ll write a different vampire mystery, or simply another variation on one of the timeworn themes.
I wrote a vampire story called “Vampire Hours,” about a woman who becomes a vampire to escape the trials of middle age – an unfaithful husband, constant dieting, fading beauty. People asked me if I was going to make that story into a novel. No. My idea was different, but not universal.
But cats are universal. So I agreed to do the cat book. I’m owned by a defrocked show cat, Columbleu’s Unsolved Mysterie. She bit a judge at her first show. 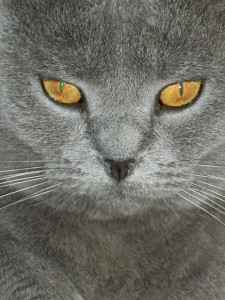 I would write my new Dead-End Job mystery about the world of show cats and the people who love and care for them. I’d report on a culture. 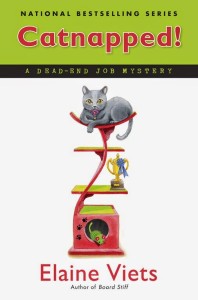 And so Catnapped! was born. Helen Hawthorne and Phil Sagemont, my husband and wife PI team, are the in-house lawyers for a Fort Lauderdale attorney. The lawyer’s client, Trish Barrymore, is divorcing her husband, financier Smart Mort,  and the only thing the couple can agree on is custody of their show cat, Justine.
When Mort fails to return the cat on time, Helen and Phil are sent to collect the cat. They find Mort dead and Justine kidnapped and held for half a million dollars. Helen goes undercover to work for a show cat breeder.
Judge Tracy Petty, Cat Fanciers’ Association southern region director, helped with the cat show details.
Did you know that long-haired show cats have to be bathed – and they learn to like it? Their fur is so thick they are slathered in Goop, the mechanic’s hand cleaner, and then the cats get two shampoos, a conditioner and more. Their fur is dried with a special blow dryer. There’s more. Much more. But you’ll have to read the book to find it out.
When you pick your next subject, ask yourself: How novel is it? How universal?
Catnapped! is two days old today. Too young to know if I have a were-tiger by the tail, like Charlaine. But my show cat is scratching her way up the charts.

Check out the first chapter and the book trailer for Catnapped! at www.elaineviets.com

8 thoughts on “Cats Are the New Vampires”