The only advice I can give to aspiring writers is don’t do it unless you’re willing to give your whole life to it. Red wine and garlic also helps. — Jim Harrison

Yesterday was perfect. I am visiting my sister Kelly up in northern Michigan for three months, in a land of cherry orchards, turquoise bays, rolling vineyards, and prehistoric sand dunes that rise out of Lake Michigan like giant tawny bears. 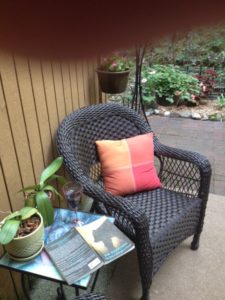 My day started at the Breakaway Café, with strong coffee, a cherry scone, and the Times crossword. It ended on the patio with a glass of Cabernet Franc from the local Black Star winery and a copy of Jim Harrison’s novel The Beast God Forgot to Invent.

I love to travel. I love to read. And it has been my habit to try to read a novel set in whatever place I am visiting. My very first venture from home was to San Francisco way back in 1969, and along the way I read Frank Norris’s 1899 novel about the murderous dentist McTeague. On subsequent trips, I’ve gone through nearly every great San Francisco novel, including Amy Tan’s Joy Luck Club and Jack Kerouac’s On the Road, which contains this passage:

It seemed like a matter of minutes when we began rolling in the foothills before Oakland and suddenly reached a height and saw stretched out ahead of us the fabulous white city of San Francisco on her eleven mystic hills with the blue Pacific and its advancing wall of potato-patch fog beyond, and smoke and goldenness in the late afternoon of time.

My first trip to Paris in 1985 was with Hemingway’s A Moveable Feast as my guidebook. It was a cold spring and I was renting a fifth-floor apartment behind the Pantheon, and I think Hemingway and I frequented the same café:

Then there was the bad weather. It would come in one day when the fall was over. You would have to shut the windows in the night against the rain and the cold wind would strip the leaves from the trees in the Place Contrescarpe. The leaves lay sodden in the rain and the wind drove the rain against the big green autobus at the terminal and the Café des Amateurs was crowded and the windows misted over from the heat and the smoke inside. It was a sad, evilly run café where the drunkards of the quarter crowded together and I kept away from it because of the smell of dirty bodies and the sour smell of drunkenness.

On another trip to Paris, I slogged through The DaVinci Code, but that was fun only because of all the mistakes Dan Brown made. I mean, dude, you head south from Sacre Coeur to cross the Seine, not north. 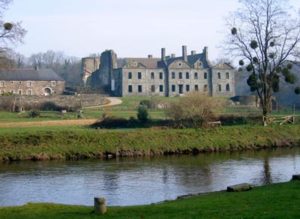 On a three-week road trip through the French countryside,  I was able to visit Nantes by reading Madame Bovary. And when I went to India for my nephew’s wedding, I probably should have taken Forster’s Passage to India,  but I punked out and opted for The Life of Pi and, for some strange reason lost to me, Cormac McCarthy’s The Road. Oddly, McCarthy’s book ended up feeling more attuned to Chennai, where gaunt cows played chicken with cars in the dusty roads, the air felt too thick to take into my lungs, and humans pressed so close it felt as if we were all at the edge of the tired world with no where left to go but down. 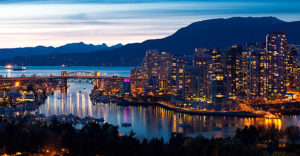 When I took a trip to Vancouver, I couldn’t find a good local novel. But in the Paper Hound bookstore on Pender Street, a clerk sold me a copy of Vancouver, by David Cruise and Allison Griffiths. These interconnected short stories had a Michener-esque sweep that captured the city and its history so well I left it in our rental for the next tenant with a note “better than that guidebook you brought.”

Then there was Italy. Again, I should have gone with Forster (A Room With a View is one of my favorite movies.) But I was writing mysteries by then, so it was Patricia Highsmith’s The Talented Mr. Ripley. It’s a great book, but Ripley is so indelible, Italy can never really compete. But because I got food poisoning in Lucca, I did go look up this one passage for you:

Tom had dinner that evening at a restaurant down on the water called Zi’ Teresa. He had a difficult time ordering, and he found himself with a first course of miniature octopuses, as virulently purple as if they had been cooked in the ink in which the menu had been written. 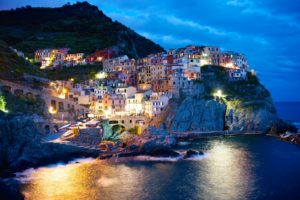 If you are going to Italy, especially the Cinque Terre, I recommend you take Jess Walter’s wonderful novel The Beautiful Ruins. It’s a social satire about ’60s Hollywood but oh, those descriptions of the “rumor of a town” clinging to the cliffs above the Ligurian Sea.

A tight cluster of a dozen old whitewashed houses, an abandoned chapel and the town’s only commercial interest – the tiny hotel and café owned by Pasquale’s family – all huddled like a herd of sleeping goats in a crease in the sheer cliffs.

But then here is this: I was born and raised in Michigan. So how it is then that I have missed Michigan’s own Jim Harrison? 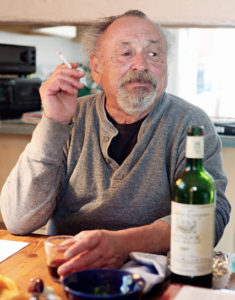 Harrison in photo from his New York Times obit

My friend Phillip, of Tupelo Mississippi, had to be the one to introduce us. Maybe it takes one good ol’ boy to know another.

Phillip gave me The Beast God Forgot to Invent just after Harrison died last March. In his 78 years, Harrison produced 21 novels, 14 books of poetry, a children’s book and a memoir. He was best known for his novella “Legends of the Fall,” which was turned into a not-awful Brad Pitt movie.

Harrison is not famous in the usual sense, though for some odd reason he’s a cult figure in France, maybe because he wrote well about food, including his account of flying to France for the sole purpose of having a lunch that lasted 11 hours, 37 courses and 19 wines. He was a man of huge appetite. His work -– what little I have read so far — is vivid, lusty, darkly comic, oft-lyric and unrepentantly violent. He writes about hunting, fishing, eating, drinking, smoking, screwing, mainly set in the woods of Michigan’s Upper Peninsula. He writes with a sort of hyper-masculine sensibility that might come off as corny if it weren’t so poignant, self-effacing, and even tender. Think Hemingway without pretentions.

I’m told he’s considered misogynistic. But Beast is one of his later books, so maybe he learned some lessons along the way. And in it he gives us some really strong women, who often get the best lines, including one from a woman complaining about life in Manhattan:

“There’s no nature in New York, and the closest you can get is an orgasm.” 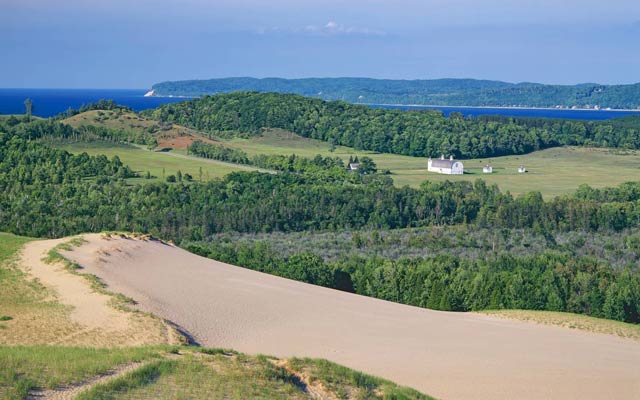 We took a drive up into the Leelaunau Peninsula the other day. We stopped for tastings at vineyards, had lunch by a raging waterfall, and visited a rare book store, tucked around back of white clapboard house in the tiny village of Leland. The owner, an old guy who bore a passing resemblance to Jim Harrison, proudly showed me his shelf of Harrison first editions. I was sorely tempted, but $595 for “Legends of the Fall” was too rich for my blood. I’ll be seeking out a good trade paperback of that and the rest of those 20 other novels.

Maybe it’s best that I come to Harrison so late in my reading life. I have not lived here in Michigan since I left for Florida in 1973. Yet now, I am feeling a pull to this place that is very powerful. I think there is a part of me that needs to be reminded how beautiful this place is. How the birds, the sky, the smells, the food, even the variety in the color of the squirrels — it’s all unique here. Harrison’s book feels very real to me, like he is writing it only for me, explaining my soul-place to me, taking me deep into the dark woods and showing me things I have forgotten and, at this moment in my life, need to remember.

You can go home again. Sometimes, you have to. And it’s always best to go with a good guide.