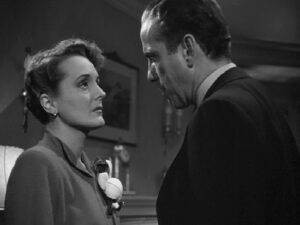 I’m a sports guy, so use a lot of athletic comparisons and analogies vis-à-vis writing. Learning the craft, for example, is like learning golf. You’ve got to master certain fundamentals if you want to prevent, as Twain put it, “a good walk spoiled.” You study, practice, get coaching, drill. But when you play, you just play. After a round you think about things you need to improve, and practice some more.

When you write, just write. Then get feedback and work on improving your craft.

In this regard, a certain sports story caught my attention recently. Out of civility, I won’t mention names because I don’t want to kick somebody when they’re down. There’s always a chance for redemption. I hope it happens, because I love redemption stories.

Anyway, a certain NFL team drafted a quarterback in the first round. He signed a $35 million fully guaranteed contract, to go with a $23 million signing bonus. Most of us could probably live on that.

But what dominated the news and social media was a rumor that this kid had bedded his mother’s best friend.

His performance over two seasons has been less than inspiring, though not without occasional flashes of promise.

Then came a recent game where the kid stunk up the field. The defense put up a mighty effort in the loss. At the post-game press conference the kid was asked if he felt he’d let the defense down. His answer: “No.”

That one word, as they say, “lost the locker room.” His teammates heard him throwing them under the bus. He later apologized to the team, but the damage was done. He was benched for the next game. The backup QB took over and played great. The kid, instead of standing on the sideline rooting for the starter, sulked on the bench. His future with the team is thus in doubt.

This issue here is character. As defined by the greatest dictionary of all time, Webster’s New Collegiate 2d, “character” is moral vigor or firmness, esp. as acquired through self-discipline.

Character doesn’t come naturally. It has to be taught. It has to be personalized by internal effort. And if you’re going to succeed in sports and in life, you gotta have it.

So does your protagonist.

The heroes I respond to most have flaws that are overcome through a vein of moral rightness. Mike Hammer, Philip Marlowe, Sam Spade—flawed all, but saved in the end because they have a code they stick with.

When Spade, surrounded by rogues and liars (and not above some roguishness of his own), is tempted to go away with the femme fatale, Brigid O’Shaughnessy, he instead turns her over to the cops. Why? He tries to explain it to her:

In Kiss Me, Deadly, Mike Hammer is sapped by some guys, and the women in his car is murdered. He’s told by the Feds to lay off finding out who it was. His friend, the police captain Pat Chambers, tells him the same. Of course, Hammer says he won’t, and explains, “Maybe I have too much pride, but I don’t let anybody get away with that kind of stuff. I’m going to knock he crap out of somebody…”

You will find a similar code embedded in Robert B. Parker’s Spenser. It is lifted from the mythos of the Old West, as in the gunslinger hired to clean up a town. This is not surprising; Parker received his Ph.D. in English literature from Boston University, where the title of his dissertation was The Violent Hero, Wilderness Heritage and Urban Reality: A Study of the Private Eye in the Novels of Dashiell Hammett, Raymond Chandler, and Ross Macdonald.

I’d like to read that sometime. (A copy is available for $1,000 at Abe Books. Dear Santa, I’ve been extra good this year…)

When I do my Story Grinder workshop, I have the students answer some questions about their Lead:

On the other hand, there are memorable Leads who are brought down by lack of character at crucial moments. Their just desserts are also a moral lesson.

Character and flaws, that’s what a memorable Lead is made of. Give them passion and heat, cooled when it counts for a greater good. Or left alone for a tragic end.

Whatever your choice, go big on character in your characters. 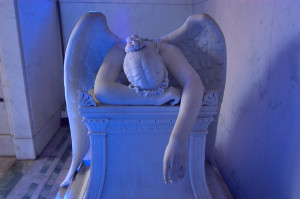