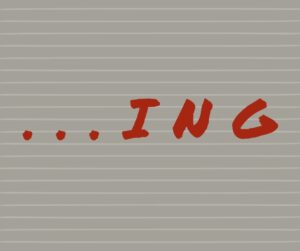 I know this topic was mentioned recently, and apologies for not being able to find the post to credit the author. Perhaps it came up in the comments. No matter the source, I thought this craft topic worth another look, especially after a recent read.

We all have our favorite sentence construction. For the author in question, the book was overrun with sentences starting with gerund phrases – those “ing” words.

At the very first writer’s conference I attended, an agent said she would reject a query with more than 1 sentence beginning with the “ing” construction. Her explanation—it’s too easy to make mistakes with that sentence structure.

What mistakes? We’ve been told that construction with “was/ing” is a sign of weak writing. He was running. She was dancing. It’s stronger to say “He ran” (or sped, or rushed). Or “She danced” (or pirouetted, or waltzed, or sashayed) But there are more ways overusing gerunds can get you into trouble.

Dangling and misplaced modifiers. (Note. You don’t have to be able to know which is which, as long as you know they’re wrong and how to fix them.) A misplaced modifier is too far away from the thing it’s supposed to modify, while a dangling modifier’s intended subject is missing from the sentence altogether.

First, the misplaced modifier. In my first crit group, I held the prize for creating an answering machine that gave neck massages. I’d written, “Rubbing her neck, the blinking red light on the answering machine caught Sarah’s eye.” Ooops. (But I would like a machine with that function!)

Make sure the noun or pronoun comes immediately after the descriptive phrase. Thus, the above example could be “Rubbing her neck, Sarah noticed the blinking red light on the answering machine.”

Next, and the one this post-inspiring author was most guilty of: the non-simultaneous action. “Running across the clearing, John dove into the tent.” Or, “Opening the door, Mary tripped down the stairs.”

John can’t be getting into the tent while he’s running across the clearing. And Mary needs to open the door before she goes downstairs.

When you’re looking over your manuscript, you might want to flag words ending in “ing” and take another look to be sure you haven’t made any of these basic errors. 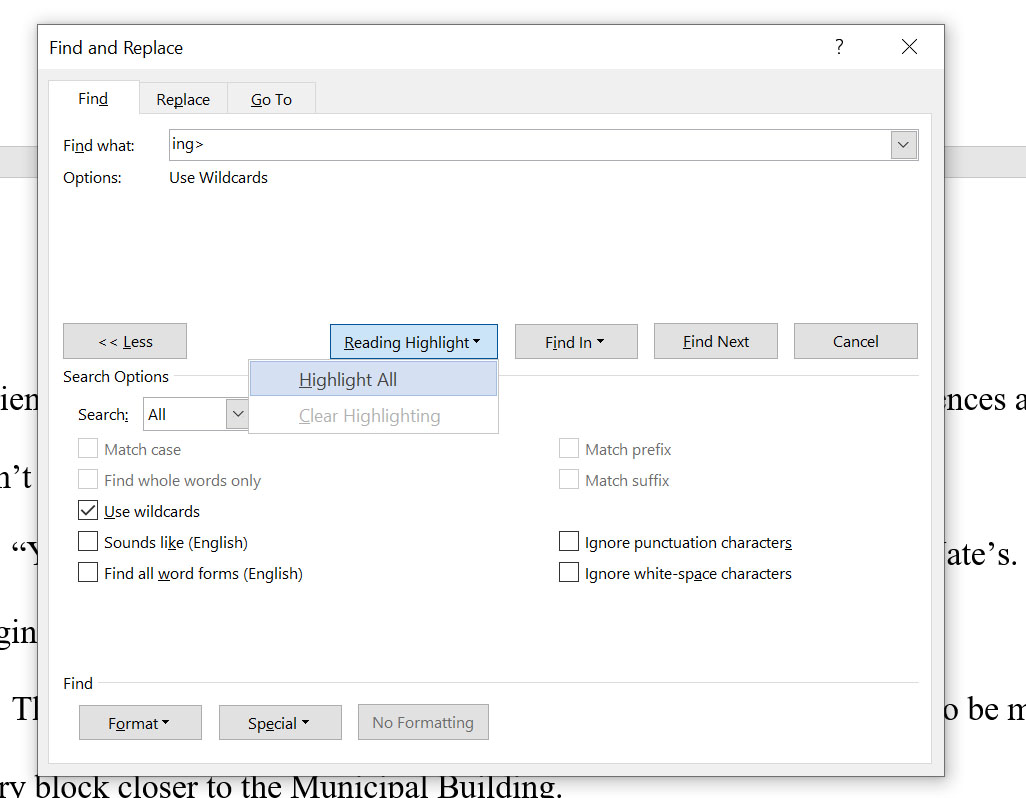 If you’re using Word, you can do a “find” using wild cards to flag words ending in “ing.” In Word, which is what I use, it’s Edit/Find/More. Then check the “use wildcards” box, and then special, where you’ll find the command for end of word, which is the > symbol.

That means, you should type ing> into the search box. Then you can either look at them one at a time, or check the “highlight all items found in:” box. True, you’ll get words that aren’t gerunds that end in ‘ing’ – thing, building, etc., but it’ll give you a place to start.

Any examples to share–from your own reading or writing?

OK, one more thing, a brag moment. The Mapleton Mystery Novellas was selected as a top pick for 2020 at Kings River Life Magazine. 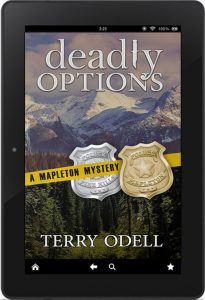