Recently, a writer from the online humor site Cracked contacted me with a fun proposal. JM McNab wanted to do a Cracked piece on how effective the murder weapons were in the board game Clue. You remember—the lead pipe, the rope, the knife, the wrench, the revolver and—who could forget—caving a guy’s head in with the candlestick.

JM McNab found me through a Google search. He was looking for an “expert” in murder weapons, and I fit his bill. We had a great phone conversation resulting in this Cracked article being published this past Sunday. With JM’s and the Cracked editorial department’s permission, I’m sharing it today on the Kill Zone:

Which ‘Clue’ Weapon is Best, According to a Former Homicide Detective

Since none of Monopoly’s property disputes end up with grisly stabbings on Park Place, and as far as we know, Candyland isn’t secretly littered with sugary corpses, no doubt the most thematically-intense family board game in history is Clue, in which players are tasked with solving the murder of “Mr. Boddy” in a remote, two-dimensional country manor.

Winning the game means puzzling out the identity of the murderer, which room the crime took place in, and which of six potential deadly weapons was used. Admittedly, this a baffling premise for a murder mystery story; after all, even a drunken party guest should be able to quickly eyeball between a knife wound and a strangulation, right? Yet somehow, all of these confusing elements were skillfully weaved together in the comedy classic that is 1985’s Clue.

So we couldn’t help but wonder; in the world of Clue, given these options, which weapon would actually be the best and most effective choice for the fictitious killer; the rope, the candlestick, the revolver, the wrench, the knife, or the lead pipe? To get to the bottom of this pressing issue, we spoke with Garry Rodgers, a retired homicide detective and coroner, as well as a current best-selling crime writer.

As Mr. Rodgers pointed out, the six weapons fall into different categories; the candlestick, wrench, and lead pipe are all “blunt edge objects,” whereas the knife is a “sharp edge object.” The rope is a “ligature” and the revolver, of course, is a “firearm.”

In terms of the first category, the weapons that could be used to bash someone’s head in, any of these could conceivably be used as an instrument of death – but as Rodgers points out, “human beings are notoriously hard to kill” and can “take a wicked beating.” Using any of these effectively, not to mention discreetly, would be difficult because it might require a lot of work, and the victim could conceivably become “defensive,” either by fighting back, or by just running away at the first sign of an attack. And no one wants to play a round of Clue where “Mr. Boddy bolted out the front door” is the solution.

Rodgers reasoned that if the killer was wielding a lead pipe, approached the victim from behind and “gave a good whack” they ”could probably kill them with one blow.” The same goes for the wrench if it was big enough, since you would need “enough bulk” to “transfer the kinetic energy” and land a fatal blow – although it might be “hard to swing.”

The candlestick was ranked by Rodgers as the worst of all the Clue weapons, since it’s oddly-shaped, could be difficult to handle, and wouldn’t result in a “sharp directed transfer of energy to a particular spot” the way, say, the pipe would. And while Rodgers has investigated cases involving every other Clue weapon, he couldn’t recall any real life murders involving  candlesticks – which, incidentally, doesn’t mean that there aren’t similarly wacky murder weapons in the real world. Rodgers described one case where someone was stabbed with an oyster shucker, and another where the victim was beaten to death with a “bag of frozen pork chops,” AKA the reverse-Rocky. 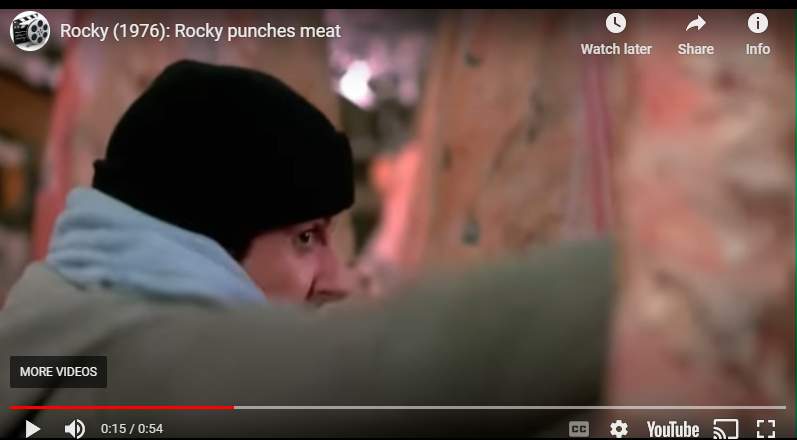 Then we have the rope, which also has its major issues. For one thing, the killer would have to “overpower somebody to be able to get that rope around the neck” and there would likely have to be “some element of surprise in it.” This is why most strangulations are manual strangulations, as in by hand, “to start off with … followed up by ligature strangulation.” In other words, killers choke their victims until they black out, then finish them off with the ligature. But still “strangulations take quite a bit of time,” which could be a big problem if you need to hurriedly duck into a secret passage and head back to the Conservatory before anyone notices you’re gone.

As for the knife, it’s certainly deadly, but “people can take a lot of slashings with a knife.” So in addition to the fact that “you’re going to have your victim screaming” there would be “blood all over the place.” Meaning that Prof. Plum would have a tough time maintaining his innocence with Mr. Boddy’s innards Jackson Pollock-ed all over his evening wear.

Rodgers concluded that the revolver, of all the Clue weapons, would be the “most effective.” And, really, if there’s a gun in the house, why is anybody running around bludgeoning folks with a candlestick? While it’s noisier than some of the other weapons, “you can easily muffle it by shooting it through a pillow.” Although the further away one is from the target, the less accurate the shot – and accuracy would be key to ensuring that Mr. Boddy goes down for good.

All that being said, were one to attend a secluded country manor with murder on their mind, the ideal weapon would be … none of the Clue weapons. According to Garry Rodgers, the Clue murderer’s best course of action would have been to simply dose the victim with a little bit of poison, which is bafflingly not an option in the game. Of course, Clue obsessives may recall that poison was added as a weapon in the expanded version of the game, 1988’s Clue Master Detective – but then again, so was a horseshoe, which is just as goofy as a candlestick.

Kill Zoners — Who can name the six original suspects in Clue (without Googling them)? And if you were realistically rewriting the game ala 2022, what murder weapons would you retain, what would you change, and with what?