“Amazon is not too big to fail… in fact I predict one day Amazon will fail.”

What? Who said such a thing?

“Companies have short lifespans, and Amazon will be disrupted one day.”

“Amazon will go bankrupt. If you look at large companies, their lifespans tend to be thirty-plus years, not a hundred-plus years.”

You know who said such things? Jeff Bezos, the founder of Amazon. The guy who killed bookstores. These are direct quotes from Bezos’s 2017 letter to shareholders.

Bezos goes on, “Starving off death is a thing we have to work at, but it’s inevitable for Amazon, just like other companies, to die. The world will always try to make Amazon more typical—to bring us into equilibrium with our environment. It will take continuous effort to stay alive as long as possible but, eventually, Amazon will fail.”

Reading this makes me think of the logic behind my move two years ago from publishing exclusively on Amazon’s Kindle Direct Publishing Select (KDPS) and additionally partnering with Kobo, Apple, and Nook—commonly called “going wide” in indie publishing terms. Two years later, I have no regrets leaving Amazon’s bubble and casting about with the competitors’ nets.

Exclusive or wide is a big debate among indie publishers. Many indies don’t use the term “self publishing” because indie publishers rarely produce products on their own. I, for example, work with others like a cover designer and a proofreader as well as many nameless humans busy behind the scenes keeping day-to-day operations going at Amazon, Kobo, Apple, and Nook who sell my entertainment products and deposit proceeds into my bank account.

Am I worried about Amazon going broke? Not anytime in the immediate future, I’m not. Same with Kobo and Apple, but I wouldn’t bet a plug nickel on Nook’s future as Barnes and Noble have been shaky for quite some time.

I didn’t go wide for fear of Amazon’s financial failure which would end my publishing days if I remained exclusive with The Zon. No. I went wide because it made good business sense to distribute my entertainment products as widely as possible.

I have eleven indie publishing acquaintances making decent money writing and selling their entertainment products. All are wide—except for one who finds it easier to manage his business by being Amazon-exclusive. He says he’s making sufficient bucks at Amazon and prefers his time spent producing new work than fussing about on all the platforms.

I see two solid reasons to remain exclusive on Amazon and, let’s face it, in the indie publishing world you’d be crazy not to have an Amazon Kindle Direct Publishing (KDP) presence. One is the Kindle Direct Publishing Select (KDPS) program. The other is Kindle Unlimited (KU). KDPS gives you some marketing perks for your exclusivity. KU lets you share in a monthly pot for lending your products and being paid in a percentage related to page reads.

Reasons one and two? Insufficient to retain my loyalty to Amazon alone. Last month, I made 52 percent of my indie income at Amazon, 37 percent on Kobo, 10 percent on Apple, and 1 percent on Nook. I haven’t published on Google yet, but that’s on the blackboard task list.

Notice how I keep referring to entertainment products and not books? I developed this mindset two years ago when I was mentored by a high-selling indie publisher who lives in the UK. He forced me to treat my writing as a commercial business, not as a when-I-got-around-to-it hobby. Fortunately, I was in a financial position where I could then devote full time to commercial entertainment writing production which allowed me to build this business into an increasingly well-paying return.

Part of my going wide mindset was viewing my books as products, not babies. I well know what it’s like to have the first-born alive on The Zon. It’s a thrill like few other thrills in life, but the novelty does fade away. It’s like the baby soother story. Your first child spits the soother out on the playground dirt . You take it, boil it, before you hand her soo-soo back. By your fourth kid, you don’t even wipe it off.

Actually, I’m not so callous with my books, er, ah, entertainment products. I love them all but I was taught—as a business— this is a numbers game. The more products you have out there, the more sales opportunities you have.

To appreciate the wide opportunities-in-numbers, it’s important to get the old head around the concept.

Ten ebooks published on the four platforms are forty products for sale.

Add in audio books, boxed sets, or whatever concoction you can cook and the numbers are exponential.

There’s another catch to this wide angle. That’s the areas of distribution each platform has that increase the product exposure. This is where the numbers really grow.

In the past two years, I’ve had Kobo ebook downloads in ninety-six different countries. I have eleven products listed on Kobo, and Kobo provides a great tracking system. It includes a bubble map showing the countries and the proportion of downloads relative to the location. Here’s a screenshot of my Kobo overlap map from March 2020 till today: 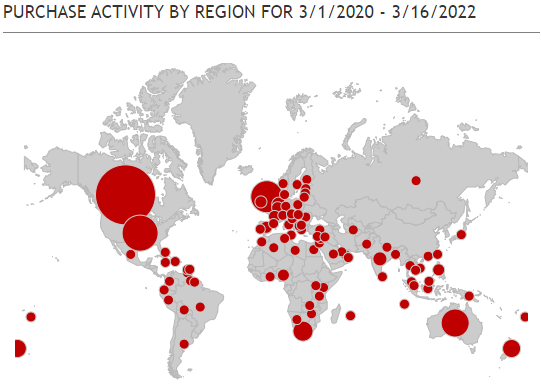 Apple gives similar stats. I’ve only been there less than a year, but I like how I see the progression. They serve over fifty countries whereas Nook, I believe, is strictly American. I can’t speak for Google—yet.

This brings me back to the thought of Amazon failing. I don’t believe for one moment that DoomZday is approaching any time soon. But, some disturbing trends are happening with Amazon’s value. 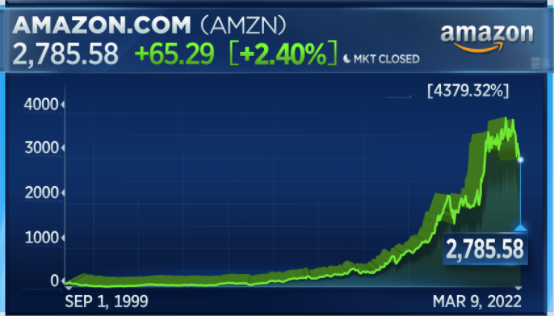 Amazon, though? I wouldn’t worry. But if you’re an business-minded indie writer—exclusive with Amazon—seriously, you should consider going wide. This is a numbers game, and there’s money in them thar wide numbers.

Kill Zoners—let’s further this exclusive or wide discussion. If you’re an indie, which camp in do you sleep? If you’re traditionally published, do you consider going indie (or at least hybrid) and what way would you go—exclusive or wide? 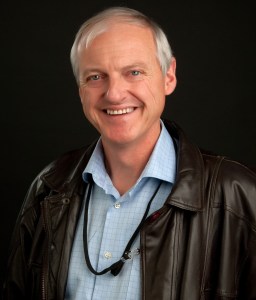 Garry Rodgers is a retired homicide detective and coroner. Now, he’s reincarnated as an indie crime writer who’s left the dark side of Amazon exclusivity for the wide light of other publishing platforms like Kobo, Apple, and Nook.

Garry is a west coast Canadian product who happily writes in his mind lab on Vancouver Island. He contributes bi-weekly to the Kill Zone as well as hosting a deadly blog at DyingWords.net. You can follow him at @GarryRodgers1.