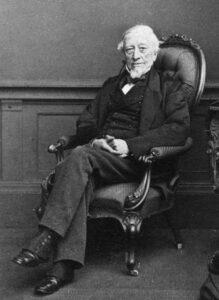 In college my roommates and I used to play a game with a dictionary. We cleverly called it “The Dictionary Game.” It was played with a big dictionary and scraps of paper. When it was your turn you’d look through the dictionary until you came across a word no one was familiar with. You wrote down the correct definition. The other players made up fake definitions that sounded right. The object was to fool as many people in the game as you could. You got a point if you guessed the correct definition. You got a point if somebody guessed your fake definition. The person who chose the word would get a point for every wrong guess.

I learned some cool words this way. The one that has stayed with me for over forty years is borborygmus. It means a “rumbling in the bowels caused by gas.”

This still cracks me up. It’s an onomatopoeia, a word that sounds like the thing it describes (although onomatopoeia itself is definitely not an onomatopoeia). And it makes for a great insult: You borborygmic swine! That’ll stop a bad guy in his tracks!

Which brings me to the subject of word choices. We have them. We have a whole passel of them (passel: a large number or amount). We even have a resource dedicated to word choices—the thesaurus (brainchild of Dr. Peter Mark Roget [1779 – 1869], a British physician and lexicographer).

Which invites (not begs) the question: should a fiction writer use a thesaurus? Mr. Stephen King has an oft-quoted opinion on this matter, as expressed in “Everything You Need to Know About Writing Successfully—in Ten Minutes.” This article appears in the 1989 edition of The Writer’s Handbook, which I just happen to have on my shelf (you can also find King’s essay here).

You want to write a story? Fine. Put away your dictionary, your encyclopedias, your World Almanac, and your thesaurus. Better yet, throw your thesaurus into the wastebasket. The only things creepier than a thesaurus are those little paperbacks college students too lazy to read the assigned novels buy around exam time. Any word you have to hunt for in a thesaurus is the wrong word. There are no exceptions to this rule.

Well now! What are we to think … I mean, what are we to surmise, suppose, conjecture, conclude, and determine about Mr. King’s rule?

Some might call it bunk (balderdash, bosh, codswallop, twaddle). But the context of this quote comes under the heading: Never look at a reference book while doing a first draft. King wants you to get that story down, in flow. So much so that he has advice on another form of flow:

When you sit down to write, write. Don’t do anything else but go to the bathroom, and only do that if it absolutely cannot be put off.

Anyway, I mostly agree with King. When you’re first setting down your tale, you should do so as expeditiously (swiftly, rapidly, efficiently) as possible. Don’t stop and go looking for a ten-dollar word when a buck or a fiver will do the job.

But I will offer a wee (used in the sense of little) exception. When King wrote his piece we were only in the beginnings of the personal computer age. At the time, King was using a dedicated word processor—a big (huge, bulky, Brobdingnagian) machine that did only one thing: saved your typing on floppy disks. Thesauruses (Thesauri?) were bound, paper books. It would take you precious flow-minutes to look up a word.

Now, of course, we all have personal computers with a Dictionary/Thesaurus app. I use mine most often to find a synonym for something mundane, like walk. Sure, a character can walk into a room. That doesn’t do much for the reader. So I open my computer thesaurus and in five seconds find: stroll, saunter, amble, trudge, plod, dawdle, hike, tramp, tromp, slog, stomp, trek, march, stride, sashay, glide, troop, limp, stumble, and lurch.

Recently, I was working on my NIP (novella in progress). I was writing a scene with a drug kingpin and his pet monkey. The monkey keeps shrieking. But I didn’t want to use that same word over and over. So I popped open the thesaurus and immediately found: scream, screech, squeal, squawk, roar, howl, shout, yelp. Just what I needed. I used five of them.

The alternative to using the thesaurus in this manner is that you sit at the keyboard for several minutes trying to come up with alternatives. But in this case “the hunt”— to use Mr. King’s term (expression, phrase, idiom, locution) — is faster and more efficient with a thesaurus app.

Is there another exception to Mr. King’s rule? I think so. I like to lightly edit my previous day’s work before jumping back into the first draft. When I do this I’ll sometimes find a spot where I wish to apply Mark Twain’s dictum: “The difference between the almost right word and the right word is really a large matter—’tis the difference between the lightning-bug and the lightning.” A minute or two here pays off in stylistic coin that will please your readers.

So I’m not ready to discard (jettison, scrap, chuck, dump, dish) my thesaurus.