And by today, I mean the date of this post. Because the only constant now is change! 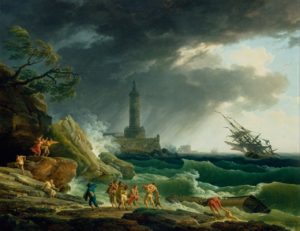 If you’re in the writing game to make serious bank, or at least a good side income (and only “blockheads” never write for some kind of income, according to Dr. Johnson), then you need to keep up to date on industry developments.

Now is a good time to look, as reports about the first quarter of 2016 are coming in.

Traditional Publishing Sales Are Down

According PW, sales of adult print books fell 10.3% in the first quarter of 2016, compared to the first period of 2015, and ebook sales in the same category fell 19%. Regarding the latter, industry observer Mike Shatzkin says a big part of the problem is the pricing of ebooks by publishers:

High ebook prices — and high means “high relative to lots of other ebooks available in the market” — will only work with the consumer when the book is “highly branded”, meaning already a bestseller or by an author that is well-known. And word-of-mouth, the mysterious phenomenon that every publisher counts on to make books big, is lubricated by low prices and seriously handicapped by high prices. If a friend says “read this” and the price is low, it can be an automatic purchase. Not so much if the price makes you stop and think.

This puts publishers in a very painful box. When they cut their ebook prices, they not only reduce sales revenue for each ebook they sell; they also hobble print sales.

How much of this “pain” can the big publishers endure? Economics in a disruptive environment is merciless. Remember that scene in Casino Royale? (All the men do.) But also recall that Bond got out of it.

The biggest bookstore chain has been closing stores and circling wagons. They’ve been emphasizing vibe (coffee house, browsing chairs) but not expanding shelf-space for books. Thus, says another article in PW:

Sales at Barnes & Noble fell 6.6% in the quarter ended July 30, compared to the same period last year. Revenue fell 6.1% in the company’s retail sector, and Nook revenue fell 24.5%. As a result of the lower-than-expected sales, B&N reported a net loss from continuing operations of $14.4 million in the period, its first quarter of 2017, compared to $7.8 million in the first period of fiscal 2016.

We all love bookstores. We hate to see physical shelf space shrink, and brick-and-mortar stores shuttered. A nice development is a rise in the local independent bookstore. Good! There are many cultural benefits to this uptick. However, the scale is small relative to a large chain, and breakout books by new authors cannot be driven on these tiny islands alone.

This to go along with their first such store in Seattle. And there are plans to open stores in Chicago and Portland.

According to industry observer Jane Friedman, here’s what you need to know about Amazon’s bookstores:

On this last point, a marketing professor quoted in the San Diego Union-Tribune says the intent is to “drive consumers deeper into the Amazon system.” The books “act as conversation starters with staffers, who can then teach customers about the benefits of [Amazon] Prime membership.”

Amazon has proven over and over again to be ahead of the curve, as they say, even though the curve these days is as formidable as that tossed by Mr. Clayton Kershaw. Amazon keeps staying in the batter’s box making contact.

What Should Writers Do?

This is a blog for writers, so the key question for me is always what do I and my fellow scribes need to be about in these turbulent times?

My drumbeat has always been: First, write the best book you can every time out! That’s why we emphasize craft here at TKZ. There is no substitute for quality. And if you can up your production, so much the better.

Next, turn your ear to wisdom, and your heart toward understanding (Proverbs 2:2). You need to decide what path to pursue as a writer, and how to do so with eyes open and good business practices. Thus:

In a comment on the PW site, the estimable Hugh Howey said, in part:

The reality is that acquisitions and mergers have hidden the steady loss of market share by the Big 5, market share gladly gobbled up by self-published authors. Coloring books, plays, and rejected rough drafts have also helped the last two years, but it’s hard to rely on these things going forward. And publishers have to stop believing surveys that say people prefer print books. Yeah, the people who don’t read much do.

If the Big 5 are going to continue to guide their businesses by personal editorial tastes, celebrity tomes, and the whims of those who read (but probably don’t finish) 2 – 3 books a year, they’re in trouble. The real market for publishers should be the voracious readers who consume several books a week.

For authors, this time of flux is critical. As bookshelves dwindle, and B&N appears on the verge of going the way of Border’s, now would be a terrible time to take a work of art that lasts forever and sign it over to any publisher for term of copyright. The new standard has to be 5 to 7 years of license, or self-publish, until things shake out.

One ongoing debate is about whether an indie author should go exclusive with Amazon in order to take advantage of promotional opportunities (such as limited free pricing), and the page payouts of Kindle Unlimited. I think this is a great option for new writers who need to get eyeballs on their pages so they can begin building a readership. See the substantial discussion and links in the section on Kindle Unlimited in Jane Friedman’s post, mentioned above.

For those writers in the midst of––or are hoping to land––a contract with a Big 5 or other traditional publisher, it’s long past the time when you can leave all contract negotiations to someone else. You must be informed. You need to know what to accept, what to reject, and where to compromise.  Which also means knowing what your leverage is. If you are being represented by an agent, this is a conversation to have with them. (Oh, are you looking for an agent? Well, maybe one is looking for you. Keep track of the new agent alerts and other info at Chuck Sambuchino’s Guide to Literary Agents blog.)

Big tip: Don’t do any of this with a chip on your shoulder. Be polite and businesslike. But as the great Harvey Mackay counsels in Swim With the Sharks Without Being Eaten Alive, you need to know when to “smile and say no until your tongue bleeds.”

Mackay also says, “Make your decisions with your heart and what you’ll end up with is heart disease.” Don’t be so dreamy-eyed about being invited into the Forbidden City that you fail to make rational, long-term decisions.

A place to start is with attorney David Vandagriff’s book, The Nine Worst Provisions in Your Publishing Contract. Not only are important clauses explained, but Vandagriff (who is also known as the Passive Guy blogger) offers you strategies on how to make them better.

As I have stated several times, authors with a modicum of business sense (which is why I wrote How to Make a Living as a Writer) are the only corks on this roiling sea of change.

Be a cork. But be a smart cork. Subscribe to the Publishing Trends blog, which posts links to the “Top 5 Publishing Articles/Blog Posts of the Week.” Also consider a paid subscription to “The Hot Sheet” the twice-monthly industry dispatch written by the aforementioned Jane Friedman and journalist Porter Anderson.

Because information is now the coin of the realm. Get the info, digest it, use it. But don’t ever let it freak you out. Remember: 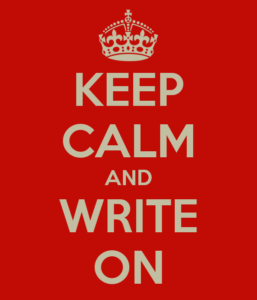 What about you? Where do you see the publishing industry going? How are you, as a writer, dealing with constant change?