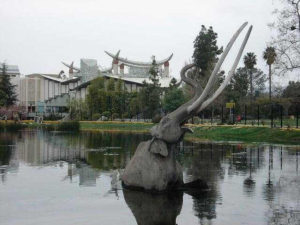 You know me. I’m a quota guy. I call that the best writing advice I ever got. It’s the reason I can look back over 25 years and see all these books lined up.

I write 6,000 words a week. I divide that into six days so I can take one day (usually Sunday) off. If I miss a day for some reason, I make up the deficit on the other days. Since 2000 I’ve kept a record of my daily, weekly, and yearly word count on a spreadsheet.

Every now and then I’ll have a week where I do very little writing, if any. I highlight those weeks on the spreadsheet and note the reason. One time it was pneumonia. Another time it was a week-long conference. Most recently it was a trip to Ireland with my wife and daughter. I give myself a pass in these instances.

Most days, however, I try to write first or second thing in the morning. If I can hammer out a “Nifty 350” or a “Furious 500,” the rest of the writing day is so much easier. Some days the words flow. Other days writing feels like trying to jog in snow shoes through the La Brea Tar Pits.

You all know what I mean.

After 25 years of this, I dare say I’m familiar with just about every mental condition of the writing life.

So today I want to talk about two mind tricks that will help you get going on days when those snow shoes are attached. 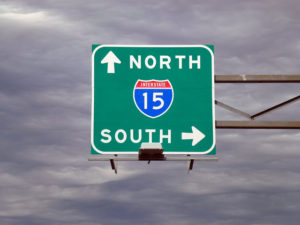 In the current (October, 2017) Writer’s Digest, David Corbett interviews Michael Connelly. At the end he asked Connelly for his best advice for aspiring writers. Connelly said:

I’d pass along what I learned from Harry Crews, who was my creative writing teacher at the University of Florida. He said if you want to be a writer you have to write every day, even it’s only for 15 minutes. It was the “15 minutes” that hit home. You have to keep the story fresh in your mind; you can’t let it slip away.

A few days ago I was avoiding the blank screen. I remembered the Connelly quote. I looked at the clock and said to myself, “At 11 a.m., I will give fifteen minutes to writing.” That felt doable. It wasn’t a heavy burden. 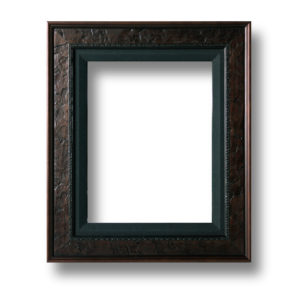 This idea comes from Anne Lamott and her book on writing, Bird by Bird. She writes about having an empty one-inch picture frame on her desk.

It reminds me that all I have to do is to write down as much as I can see through a one-inch picture frame. This is all I have to bite off for the time being. All I am going to do right now, for example, is write that one paragraph that sets the story in my hometown, in the late fifties, when the trains were still running. I am going to paint a picture of it, in words, on my word processor. Or all I am going to do is to describe the main character the very first time we meet her, when she first walks out the front door and onto the porch. I am not even going to describe the expression on her face when she first notices the blind dog sitting behind the wheel of her car—just what I can see through the one-inch picture frame, just one paragraph describing the woman, in the town where I grew up, the first time we encounter her.

This has worked for me, too. If I bring my focus down to just one thing, and forget about the big picture that is an entire novel, it feels easier to accomplish. Invariably, after I fill that frame, I want to keep going. So I’ll write to another one-inch frame. After that I’m usually off to the races and the words flow again.

As Yogi Berra once said about baseball, “Ninety percent of the game is half mental.” The same goes for writing, especially if it’s something you want to do long term. That’s why I wrote a whole book on the mental game of writing.

Next time you’re stuck because you just don’t feel like clacking the keyboard, give yourself fifteen minutes or a one-inch frame. You can do that much, and you’ll probably end up doing much more.

So what about you? What tricks do you use to get yourself going when the going gets tough?