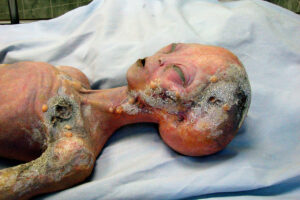 “Just because you’re paranoid, doesn’t mean they aren’t after you.”
– Joseph Heller, Catch-22

Some popular, long standing conspiracies involve:
• A secret world order that controls the globe – Illuminati/Knight Templar
• The government secrets from Area 51/Roswell/Alien Autopsy
• Reptilian aliens walk on two legs among us
• The JFK assassination – Oswald wasn’t alone
• The moon landing was fake
• The FDA is withholding the cure for cancer

“WHAT IF” questions can generate plot ideas. Many conspiracy theories revolve around big institutions like the church, educational institutions, big oil, rogue agents operating within the CIA, a secret government agency,Wall Street, big pharma or similar organizations that touch people’s lives and make them vulnerable. Your notion of conspiracy can be domestic or foreign, localized or global, political, religious, military or big corporations.

Here are some popular movies that were based on conspiracy theories:
• Wag the Dog – White House officials and a Hollywood producer create a fake war to distract the public from a sex scandal involving the US President.(1997)
• All the President’s Men – Based on Watergate and secret factions operating in our government.
• Manchurian Candidate – An evil corporation brainwashes US soldiers into fighting in Iraq in order to create a perfect assassin capable of eliminating undesirable political rivals. (2004)
• Syriana – An energy analyst, a CIA agent, a middle-eastern prince, and a corrupt lawyer become embroiled in a high-level assassination involving Big Oil. (2005)
• Network – Upon learning of his dismissal, failing news anchor Howard Beale goes on hugely popular rants quickly angering the Powers That Be. (1976)
• JFK – Oliver Stone’s masterpiece documenting District Attorney Jim Garrison’s struggle to prove the involvement of a conspiracy behind the assassination of US President John F. Kennedy. (1991)
• The Insider – A research chemist turns whistle blower (Jeffrey Wigand) and threatens to reveal to the world Big Tobacco’s cover up of the negative health effect of cigarette smoking. (1999)
• They Live – A drifter accidentally discovers a pair of sunglasses which enables him to see Aliens among us, the true rulers of the world. (1988) (I can’t believe I actually saw this one.)

If you want to add a twist to your plot, consider combining multiple conspiracy theories that might not be related on the surface. I once combined a secret global human trafficking ring making illicit use of the dark web and combined it with a news story set in India where people were getting robbed on the street for their kidneys and other organs. I envisioned a contemptible shadowy organization that traded human flesh online and used my energy trading experience to visualize how such a group would conduct business across a network that resembled the control panels at large oil refineries (places I had seen many times).

Like telling a good ghost story, tap into fears people would believe. Not too far-fetched. Medical conspiracies are a great combination of personal vulnerability with a high stakes thriller plot. Think of the many ways we all accept certain medical procedures as normal. What if a covert group interferes with a “normal” procedure and hunts innocent victims without reason or a connection to the crimes? A great example of a medical thriller based on a believable fear is Michael Palmer – The 5th Vial.

Seemingly unrelated victims across the globe are targeted by a top secret cabal of medical specialists dealing in illegal organ donation. Standard blood work—and the 5th vial—put a target on their backs and seal their fate.

Robin Cook’s Coma is another classic medical thriller where certain victims are targeted and their bodies are harvested for illegal organ donation after the victims are suspended in a coma state. Innocent patients go in for standard and routine operations, only to become the latest addition to a body farm in a secret facility operated by wealthy patrons through the Jefferson Institute.

1) Take advantage of paranoia. Mistrust and suspicion are keys to pulling off a believable conspiracy plot. Even if readers haven’t considered darker subversive motives at play during relatively routine activities, trigger their paranoia with your plot and a different way to look at it.

2) Write what you fear. If you fear it, chances are that readers will too. Convince them. Exploit common fears and highlight deeper ways that get readers thinking. In fiction, it works to grip readers in a personal way. The fears we all share—the things that wake us up in the middle of the night—can tap into a great plot.

3) Villainous motivation must feel real. You can be over the top but give your diabolical conspiracy a strong and plausible motivation. Don’t be vague. Drill down into your conspirators and justify their motives and existence from the foot soldiers on up the line.

4) Give your bad guys believable resources. Make it seem insurmountable to stop them. Think of the infrastructure it would take to plausibly pull off your thriller plot. Have them use believable technology, science and manpower to give them the appearance of Goliath when it comes to your hero/heroine fighting their diabolical acts.

5) Know organizations and your governmental jurisdictions to give your plot teeth. How do they operate in secret? Give them a plausible connection to organizations the reader may know about. Draw from organizations or systems readers will understand. If you’re too vague, readers will dismiss your plot as unlikely and a shadowy plot with no substance.

6) Make the risks personal for your hero and heroine. High stakes are important, but force your main character(s) to dig deep to fight through their fears and insurmountable odds. This is what will keep readers rooting for your characters. Make them worthy of their star role. A global phenomenon can put readers on edge, but bring the impact down to the personal stakes of real human beings for maximum impact.

7) Ripped from the headlines stories can add layers of credibility. The best fictional thrillers come from events or news that readers are familiar with.

a.) Re-imagine a well known historical event. Add your best twist to a conspiracy makes your work more interesting and forces readers to think.

b.) Or dig into a headline story for facts that are not readily known. Often that story will be deeper than most readers are aware of, especially if there are personal human stories within the big headline. I used the Mumbai terrorist attack to add bones to some of my stories. I’ve also used the National Geographic’s TV show Locked Up Abroad in my book The Echo of Violence and wrote my own version of those amazing events when a married couple (Christian missionaries) were abducted and held for ransom for a year by a small terrorist cell. It saddened me to realize that only one of the missionaries came back. They had gone to the Philippines for a second honeymoon to celebrate their wedding anniversary. I didn’t exploit their horrific story, but I re-imagined a “what if” scenario involving a nun.

1.) What conspiracies can you imagine from today’s headlines? Get crazy. Add humor or scare the hell out of us.

2.) Do you have helpful resource links for writers interested in conspiracies?

3.) What book sticks in your mind that scared you with a plausible and frightening conspiracy?