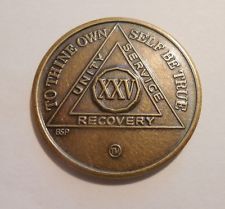 A little over a year ago — March 28, 2015, to be exactamundo about it — I posted a blog here entitled Through the Glass, Darkly, about attaining my twenty-fourth year of sobriety. April 1, 2016 marked twenty-five years, and as I write this I’m eight days in what I hope will be the twenty-sixth year. I don’t want to repeat everything I said last year — not when you can get it from the handy-dandy menu on the right side of this page — but I’ll mention again a couple of things that are important to us as writers and primarily as people.

The big one is that an addiction problem — substance, gambling, sex, or pick your poison — is insidious. It is the vampire that is tapping on the window of that wonderful domicile you call “me”. It can only get in if you let it in. Once you do so, it takes over your life without your even knowing it. If you think you have an addiction which has taken up residence in you there is a test developed by a brain trust at John Hopkins Hospital that will give you an idea. Go ahead and take it. The first time I took it I answered fifteen out of the twenty questions affirmatively (that’s not good). I laughed, put the test aside and kept drinking. I neglected getting a physical for years because I was afraid that my drinking would show up in some blood results. I didn’t have a problem, however. Nope, not me. I was ultimately fortunate enough to have a road-to-Damascus moment that knocked me off of my high horse and onto my brains. I was fortunate. But I should have paid attention to that test, a few days before. Take a look at it, and believe what you see.

The big problem leads to a large one. Writers like everyone else have deadlines and responsibilities. I assure you that the punch list you make for your day/week/month becomes a lot less important after that first beer or joint or trip past the casino of the day. There is a reason why there are no clocks in casinos or windows in taverns. We lose our concepts of time and of what needs to be done and yes, of what has to be done. Writing does not lend itself to multitasking. It is a harsh mistress, demanding full attention. You can’t do it while you’re feeding the vampire.

If you decide that you have a drinking problem, try an Alcoholics Anonymous meeting. You would not believe how many meetings are going on around you every day; take a look at the AA website. There may be one within walking distance of you. Try it out, keeping in mind that each meeting tends to develop its own personality. Disclaimer: I never used AA. Why? It’s not important for purposes of our discussion here. I recommend AA, however, because of all of the people I know who have stayed sober using The Program. Go for it. As far as AA is concerned, look at it as calling AAA, but for you, and not your car. If your problems lay elsewhere, from gambling to drugs, there is a program for you modelled after AA, such as Narcotics Anonymous or Gamblers Anonymous. If you think that you might need something a bit stronger than a meeting —and those meetings can get pretty strong — go to your physician for a referral to a rehabilitation program. So, regardless of whether you choose a sober living program like the one by Ascension House – Structured Sober Living, or you regularly attend AA, you need to get help to support you in your transition from alcoholism.

The families of alcoholics and addicts in general are often forgotten. While those suffering from alcoholism are always urged to go to places such as Pacific Ridge for their recovery, many people forget just how traumatic it can be to be the loved one of an alcoholic. If you’re living with someone with an addiction, then run, don’t walk, to Al-Anon. Al-Anon is for families and friends of alcoholics. Meetings are easy to find. You will be amazed at all of the people you will meet who are going through the same things that you are. A practicing alcoholic is the prince of lies. I have seen an alcoholic go into a loving, happy family and have everyone at each other’s throats within a week. If that is happening to you, it is not something that you have to deal with alone.

I am not trying to bring your weekend down. I want to elevate it. If you think you have a problem, you probably do. This can be fixed. I did it. I do it. So can you. You will still hear that vampire tapping on the window every night, but you’ll know not to let it in. 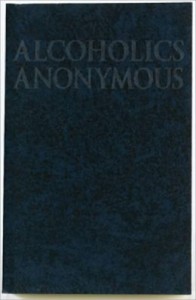 I am not given to spending a lot of time looking into my rear view mirror as I drive down the road of existence. I was inspired a couple of weeks ago, however, to pause and write down every major mistake I have made in my life to date. I limited the itemization to “domino” mistakes, those being the initial errors that led to others with adverse life-changing consequences. My list had thirteen items when I finished. I’m not going to share all of them with you, but I will reveal the one at the top of the list: I started drinking heavily.

I mention this because we are approaching April 1, which, God willing, will mark the completion of my twenty-fourth year of sobriety. Speaking only for myself, sobriety works. Alcoholism doesn’t. I was what one calls a “functioning” alcoholic, which means that I could fool some of the people, including myself, all of the time. That of course did not stop me from doing stupid and terrible things, some of which I have regretted every single subsequent day of my life right up to this moment.  On the other hand, every good thing that is presently in my life has occurred as the result of sobriety. It’s second nature to me now, which doesn’t mean that it’s always easy; it just means that 1) many days are much, much easier than some, and 2) every day of sobriety is much, much easier than having that first drink and going back to what I was.

I am aware that many people drink modestly, even on a daily basis, without adverse consequence (other than for, perhaps, a regrettable Facebook posting).  I am much given to self-deceit and numbered myself among those for over a decade. My initial epiphany took place when I met a gentleman, now deceased, in 1989 who became my best friend. He told me that he was an alcoholic, and that he had been sober for nine years. I thought, “Nine years?! Without a drink?! Wow! I can’t even go nine days without a drink! It’s a good thing I don’t have a problem!” I confess that I found absolutely nothing ironic about that thought until I had been sober for three weeks near the end of April 1991 and the scales began falling from my eyes.

I mention this because alcohol and writing and publishing and the like all seem to go together. Many of the great authors of the past drank, and famously so, to varying degrees, from Hemingway to Faulkner to Mailer. Many of the authors of the present, famous and otherwise — and even some reading these words — do as well. Sometimes it can be a problem, one that keeps you from getting where you want to be and becoming who you want to be.  My problem was nothing more or less than that punch list of things to do that was so critical at the beginning of the day became much less so when Captain Morgan showed up, sometimes around lunch.” Must do” can quickly become “so what.” You can’t get published that way, or maintain relationships, or handle finances. You can’t really live.

That you might enjoy a drink or two on a regular basis doesn’t mean you have a problem. If, however, you think you might have a problem, or you have people in your life who are telling you that you might or do, there is a very insightful twenty question quiz  developed by the fine folks at The John Hopkins Hospital and used by The Betty Ford Clinic, among many others, that will give you an idea of where you stand. Answer the questions honestly; what you do with the knowledge is up to you (just so you know, I scored fifteen “yes” answers out of twenty and it still took me two years to get a handle on things). If your honest answers indicate that you have a problem and you want to do something about it without the world knowing about it, talk with your doctor. If you’re not ready for that, the Alcoholics Anonymous website will link you to information about meetings in your area. You might be surprised as to the frequency and number of locations within a few miles of you. Each meeting has its own personality; a meeting held in a downtown church on a Sunday night will be much different from one held in a suburb on a Wednesday morning. If you attend a meeting and you don’t seem to fit, keep trying.  And if you want to talk, email me. We’ll set it up. If one person with a drinking problem reads these words and begins to turn their life around, then my job is done. And whether I hear about it or not, you’ve made my day. Thank you.