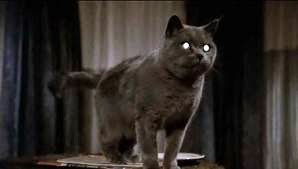 I love lists of things and I found another good one this morning. It is “18 Films You’ll Never Watch Again”, courtesy of the folks at movieseum.com. It’s not that the films that make the list are poorly done; they are not. They are by and large wonderfully done, but their subject matter is of the type with which you don’t want to deal, unless you have a half-gallon or so of bleach to pour into your sulci when you’re through. There is plenty to agree with (Bad Lieutenant made the list, as did Sophie’s Choice to name but two) and with which to disagree (The Devil’s Rejects? Are you kidding?!) but the list is worth perusal when you get a moment as it is wide-ranging and lists a few films that even the most ardent film buff might have missed.
So. Where is the list of books that are worthy of being read but, topic-wise, were more than could handle? I imagine that a number of folks would put THE ROAD by Cormac McCarthy on that list (the film version had its own entry) because of the dark, unrelentingly grim, subject matter. I would not, even though there are passages in that book which in their entirety haunt me still. No, my entry is PET SEMATARY, by Stephen King, the novel, which, according to King himself, the novelist Tabitha King begged him not to write. I agree with her; while I was reading the book, I screamed, I cried, I through it across the room, I stomped it, and then I finished it. The book concerned two things that I handle: the death of children and the death of pets. That PET SEMATARY deals with those subjects (and I’m not going to tell you how, if you haven’t read the book; no spoilers here, Bucko) would have been bad enough, but then King, God Bless him, takes things a step further with a very subtle, brilliantly conceived and wondrously executed “what would you do” scenario. I know what I would do, in a circumstance similar to that which confronted Louis Creed: I would do exactly what Creed did, even knowing what would happen, on the chance that something different might occur.  And that, my friends, is what I can’t deal with. I have more stories unpublished than otherwise, with mayhem and mortality and violence visited upon the innocent and the guilty alike, but I have never harmed a child or a pet in any of them. It’s someplace I can’t go.
If I may, then: what book did you find fearfully and wonderfully written that you nonetheless refuse to ever read again? Why? What elements of that book for you are the spiders in the shoes at the bottom of the closet, those shoes you won’t wear anymore? And can you write about your fears in your stories, or do you leave them unspoken, so as to rob them of life? 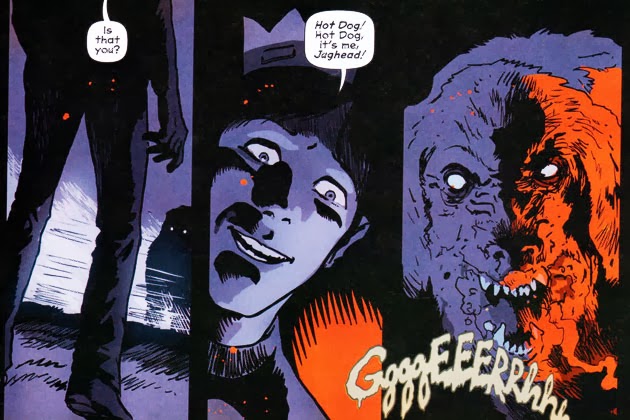 Do you remember Archie comics? I can’t remember a time when they weren’t around. The first Archie comic was published in…1944. I have, until recently only read a couple of them, but the characters — Archie, Betty, Veronica, Reggie, Jughead, and Midge — were of a type with which any high school student could readily identify. I always skipped over Archie titles, moving quickly to The Flash, Green Lantern, Fantastic Four, Tales of Suspense (which introduced Iron Man), Daredevil, and Justice League of America, to name but a few. I continued to read and collect comics for four decades, giving it up in 2000 when it seemed as if the plots were beginning to repeat themselves and my collection was becoming more of an accumulation. The new move toward digital comics didn’t bring me back to the fold, either, despite some attempt to update and “modernize” the titles I used to love. I also peripherally noted, from a seat on the sidelines in the peanut gallery, that the Archie books tried an update or two — Archie at one point had to choose between Betty and Veronica, among other things — which didn’t really sit well with the old fans or bring in any new ones on a long term or permanent basis.
I thought I had bought or read my last comic book until a lifelong friend of mine, a 64 year-old fan boy, brought a new Archie series to my attention. It’s Afterlife with Archie, and you besides being a really good comic book, it contains a lesson for writers, published and otherwise. The Archie characters we all know are basically the same; Jughead isn’t a rocket scientist; Reggie is still kind of a d.b.; Moose is still athletically inclined to the exclusion of his intellect; and Archie, Betty, and Veronica are still caught in that love triangle of several decades. The story, however, is much, much darker. It begins when Jughead’s loyal pet Hot Dog is killed in a hit-and-run accident. Jughead takes Hot Dog to Sabrina, the teenage witch, who brings Hot Dog back to life with a spell. Hilarity ensues. Not really. Hot Dog is…different now. The resurrected Hot Dog bites someone — something that the Hot Dog we know would never do — turning them into a zombie, and within a few pages the town of Riverdale is a very, very different place. Yes, the story does tip its fedora to PET SEMATARY by Stephen King, but only a bit. There there are enough twists and turns to keep even the oldest and most jaded comic reader (me, for one) interested. The art, which is less cartoony than what you might be used to, is inked in dark shades to match the mood of the storyline, which spirals ever deliciously downward. The series is a huge hit; it takes place outside of the regular Archie universe and within its own unsettling continuity. Each issue is selling out at the comic book stores either in spite of that or because of it. Or both.
What does this mean for you or for me? I daresay that every one of us who has ever attempted to put story to page has any number of abandoned efforts on files languishing on hard drives (or in paper file folders) that are based upon good or even great ideas but somehow failed in the execution or otherwise died aborning. What I would like for you to do — and what I am going to do myself — is take one of those efforts and dramatically change one thing, and only one thing, within it.  Everything wild that happens in Afterlife with Archie proceeds from one element that differs from the series proper: Hot Dog BITES someone. Chomp. It changes everything. So go ahead. Take that nice woman in your story and turn her into a killer. Or how about that ten year old boy who got kidnapped in your Chapter One? Make your kidnapper wish they had taken anyone but him. Try it, and see how that old, forgotten project works. And tell us: have you tried this before? How did it work for you?
I have been a bit off of the radar this week, and it is just as well. If there was a way to hit the reset button beginning, oh, about 5:20 AM on last Sunday morning and moving forward up until about right now I would do it. There is a rock band named “We Were Promised Jetpacks;”  we were also promised transporter beams and time travel too. Where’s my time travel? Regardless, one cannot drive forward with their eyes glued upon the rearview mirror so we are going to talk about something pleasant, like what scare the hell out of me. And you.
Dark genre fiction is driven by fear. Stephen King was motivated to write PET SEMATARY by the fear of losing a child to the grim reaper. Authors who write what I call “fish out of water” books (think A CONNECTICUT YANKEE IN KING ARTHUR’S COURT or, perhaps, THE PRINCE AND THE PAUPER, and keep reading from there) often are motivated by fear that they will find themselves suddenly thrust into a situation where they are powerless; maybe they feel that way all of the time. They are what they fear; they write what they fear.
I’m working on a project dealing with fear —watch this space later this year for more on that — but I thought I’d give you my three biggies and ask you for yours. Here are mine, in descending order: 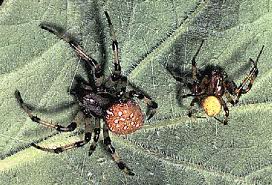 Spiders: My earliest experience of spider-fear occurred when I was four years old on a Saturday morning. I woke up with my nose about an inch from the wall and a black widow spider was staring back at me. I screamed, jumped out of bed, and ran from the room. My dad came in and dispatched the evil thing, but the damage was done. Talk about your psychic imprints. In my house, a Taurus Public Defender is considered a defense de rigueur against arachnids. 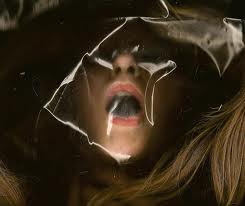 Narrow, tight places (no, I don’t mean that): I was in kindergarten when I discovered that I was claustrophobic, though I didn’t know the word. I was with a couple of classmates building a fort out of oversized blocks when they thought it would be funny to wall me up, Edgar Allan Poe style. I went crazy. I was actually rescued from that entombment by a classmate named Beverly d’Angelo, who went on to become an actress, but that is a whole different story. Anyway, this one has gotten worse over the past several years. It’s ironic, given that I grow ever closer with each day to being placed into one of those small boxes and surrendered back to the earth. I wonder if one is related to the other. 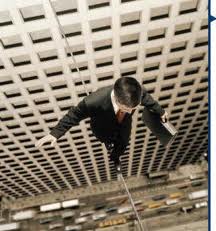 Heights: I get a nosebleed on a stepladder. I actually am not as bad as I used to be, to the extent that last summer I was able to stand on the observation deck of the Louisiana State Office Tower without shutting shut my eyes once.
Strange? Yes. I’m not chicken-hearted. I have faced down evil people on the street with less fear than I experience when I catch a spider in the basement. Snakes and rats (of the two or four-legged variety) and the like hold no terror for me. I don’t have a significant gag reflex or a fear of choking or the like. But fears? Oh yeah. I’ve got more than my share.
I’ve bared my soul. Please bare yours. What scares you?