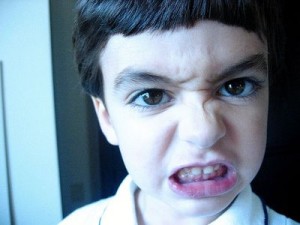 Let’s talk about arrogance. Because I say so.

We’ve all noticed an uptick in the arrogance factor in society. New York Times opinion writer David Brooks made it the subject of a recent column, stating in part:

When you look from today back to 1945, you are looking into a different cultural epoch, across a sort of narcissism line. Humility, the sense that nobody is that different from anybody else, was a large part of the culture then. But that humility came under attack in the ensuing decades. Self-effacement became identified with conformity and self-repression. A different ethos came to the fore, which the sociologists call “expressive individualism.”

There are so many examples of arrogance in culture today. Perhaps the most notable in the last few weeks was Kanye West deciding he could interrupt Taylor Swift’s acceptance speech at the MTV VMA awards. Taking Swift’s microphone, and moment, West extolled the merits of another nominee in front of a national television audience. Why? Because of “expressive individualism” gone awry.

So the idea that it’s all about me and I will make you admit it is part of the zeitgeist, just another move you make to get what you want.

And it’s filtering down like an acid drip into the world of aspiring writers. When I speak at writers conferences I am gratified that most people seem eager to learn and determined to grow. But there has been an increase in those who think that having a chip on their shoulders is an essential part of their campaign to get published.

But for the large majority of the new arroganti, such behavior is not going to get them closer to a contract. It will, in fact, hinder their chances.

Confidence, on the other hand, is good. And necessary. But there is a fine line between confidence and arrogance. That line is something called professionalism.

A professional doesn’t waste another person’s time by overstaying his welcome.

A professional knows what someone – i.e., an agent or editor – is looking for, and delivers it in a precise manner.

A professional doesn’t follow up frustrations with nasty notes, diatribes, or slanderous blog posts. Nor tear down other writers who get published.

In other words, a true professional knows when to put a cork in it and get back to the business of learning to write better.

A professional will, over time, gain respect. That leaves doors open for future submissions.

Arrogance talks smack. Confidence does its talking on the page.

So be bold, be confident, be “expressively individualistic,” but use that energy for the writing itself. Because even if you succeed while being arrogant, even if you land on the bestseller list, it will be a Pyrrhic victory. As writer Michael Bishop puts it, “One may achieve remarkable writerly success while flunking all the major criteria for success as a human being. Try not to do that.”

We’re thrilled to welcome editor Kristen Weber as our guest-blogger today. Kristen has worked as an in-house editor for her entire book publishing career (except for a brief stint as a subsidiary rights assistant) before relocating to Los Angeles for her husband’s job. She’s currently freelance editing in between relearning to drive and hanging out with her pug. You can learn more about her services here:
By Kristen Weber
Tackling my first freelance editorial project, I learned something quickly. You can get a lot more done as a book editor when you’re not actually working as one.
I hardly ever edited or even read a submission at my desk when I was working in-house. I was attending meetings, answering emails (you could lose a whole day right there), checking cover copy, catalog copy, and cover proofs, reviewing contracts, chatting with authors and agents, and just basically making sure every aspect of every book I worked on was perfect and making sure my authors were happy and agents remembered me for every good submission that they had.
I had lunch with a film person here in Los Angeles, and he said, “I picture you editors sitting in dark rooms with only one light on buried under papers and having no human contact.”
That just isn’t the case. The majority of my actual editing and reading (and I know this was true for almost all of my colleagues as well) happened at home in my “free” time. Otherwise we all had to be very personable and present in the office as we worked on many different projects at once.
But my favorite part of the job was always the editor / writer interactions. I’ve heard a lot of people say editors just don’t edit anymore, but I never found that to be the case. My authors will all attest to my carefully worded 6-10 page single spaced editorial letters and my colleagues were always working on letters like those as well.
As an editor, I feel like my job is to help authors push their own words and ideas out even further. They already have the spark of something great…editors are just trying to help them make it explode. And I’m rediscovering my joy for this now, in the quiet of my home or by the pool.
I think the most important thing you can do as a writer is collaborate with your editor. Even if you don’t agree with their suggestions, take time to think about them. Walk around the block. Because you just might be too close to see that there’s a problem…and even if you don’t like whatever solution your editor is suggesting.
I’m also a big fan of writing groups. But I often see projects that have been workshopped essentially to death. The writer received too many different opinions and tried to incorporate all of them into their manuscript, losing their own voice and vision in the process. My feeling on that is writing groups are great for friendship and support. They also can give you great help with revisions – but you need to make sure any changes you make based on their suggestions are true heart. You’re the writer. You don’t have to change anything you don’t want to…although you should probably revisit that if you’re getting multiple agent or editor rejections and they all focus on the same plot point that your writer’s group couldn’t get behind either.
So far I am having a great time freelance editing. I love seeing how a writer runs with my comments on their book. And I can’t wait to see what shape these projects I am working on end up taking as many don’t even have agent representation yet. I am coming in way earlier on the process than I ever did before. And I guess I kind of am now editing alone (although it isn’t dark – coming from a tiny New York City apartment, there is more light than I know what to do with) surrounded by papers…but I certainly don’t miss all of the meetings!