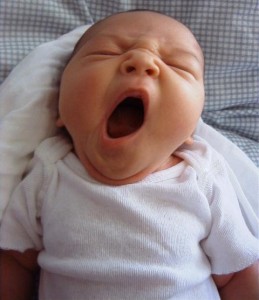 I love a good First Person POV novel. I love writing FP myself. But there are perils, and if you’re thinking of trying your hand at it you’re going to need be aware of them.

One of these is the “I’m so interesting” opening that is anything but.

Recently I read a couple of novels in FP that had this problem. They began with the narrator telling us his name and giving us a chapter of backstory. By the time I finished the opening chapter I was thinking, Why am I even listening to you?

Let me illustrate. You go to a party and see a guy standing off to the side, you nod and introduce yourself, and he says, “Hi. My name is Chaddington Flesch. Most people call me Cutty, because my grandfather, Bill Flesch, refused to call me anything else. He liked Cutty Sark, you see, and thought this name would make a man out of me. All through school I had to explain why I was called Cutty. Growing up in Brooklyn, that wasn’t always easy. Even today, at my job, which happens to be as an accountant, I . . .”

Yadda yadda yadda. And you’re standing there at this party thinking, Dude, I’m sorry, but I don’t especially care about your history. I have a history, everybody at this party has a history. Nice meeting you, but . . .

But what if you introduce yourself to the guy and he says, “Did you avoid the cops outside?”

“Because I got stopped by a cop right out there on the street. He tells me to hit the sidewalk, face down, and then proceeds to kick me in the ribs. I say, ‘There’s been a mistake.’ He gets down in my face and says, ‘You’re the mistake. I’m the correction.'”

What are you thinking then? Either: Am I talking to a criminal? Or, What happened to this poor guy?

What your reaction isn’t is bored.

You are hooked on what happened to him. And that’s the key to opening with FP. Open with the narrator describing action and not dumping a pile of backstory.

Save that stuff for later.

Open with movement, with action.

I got off the plane at Maguire, and sent a telegram to my dad from the terminal before they loaded us into buses. Two days later, the Air Force made me a civilian, and I walked toward the gate in my own clothes, a suitcase in each hand.

The girl’s name was Jean Dahl. That was all the information Miss Dennison had been able to pry out of her. Miss Dennison had finally come back to my office and advised me to talk to her. “She’s very determined,” my secretary said. “I just can’t seem to get rid of her.”

Then Miss Dennison winked. It was a dry, spinsterish, somewhat evil wink.

Now I realize I’ve used hardboiled examples here, and some of you favor more literary writing. There’s a lot of debate on just how you define “literary,” but let me suggest that literary does not have to mean leisurely. You can still open with a character in motion in a literary novel, and I guarantee you your chances of hooking an agent or editor, not to mention a reader, will go way up without any other effort at all.

One of my biggest tips to new writers is the “Chapter 2 Switcheroo.” I can’t tell you how many times I’ve looked at a manuscript and suggested that Chapter 1 be thrown out and Chapter 2 take over as the new opening. I would say, conservatively, that 90% of the time it makes all the difference, because the characters are moving. There’s action. Something is happening. And truly important backstory can be dribbled in later. Readers will always wait patiently for backstory if your frontstory is moving.

Try it and see.

For any novel I think voice is important but when dealing with a first person narration it’s critical – as far as I’m concerned a reader has to fall in love, has to inhabit the ‘body and soul’ of the narrator, right from the first page or (I fear) the novel is doomed to fail.

Why did I chose the first person POV for this book? Well, almost all YA novels adopt this perspective and I think wisely so. The journey normally taken in a YA novel is, after all, a journey of self discovery, one we want the reader to identify with as closely as possible . However, once I adopted the first person it was much harder than I had anticipated to get the voice just right. I’ve had a ‘challenging’ few weeks…and the process I went through to try and establish the ‘voice’ of my protagonist Maggie Quinn was far from perfect, but here’s what I did…

So how do you approach the issue of voice? How do you know when you ‘have it’ or you don’t? What challenges do you see for someone attempting a first person POV – any advice on the do’s and don’ts? I’m already realizing it’s limitations but believe it or not, I think I’m starting to finally enjoy it…until next week when I reread chapter one and decide Maggie’s voice (and my writing) sucks once more.