Skip to primary content
Skip to secondary content
By John Gilstrap
One of the great pleasures of this writing game is to receive the occasional effusive email from fans who really enjoy my work.  Because my books so often involve adolescent protagonists (usually, but not always, in secondary roles) I hear from many young readers who are almost always complimentary of the stories and the characters.
Of all my books, none gets more fan mail from young people than Nathan’s Run.  In that story, the main character, Nathan Bailey, is a 12-year-old fugitive from the law, having admitted to killing a juvenile detention center guard and running away.  While it’s a thriller at its face, it explores some pretty complex themes about how little voice children have in society.  In schools where it’s not banned, it is frequently taught.  (The book contains, by one irate woman’s accounting, 409 unacceptable words.)
Whether in fulfillment of a class assignment or of their own volition, it’s not uncommon for students to contact me via email to “interview” the author.  On these requests, I am a sure thing.  I never say no, and I always try to respond promptly.
There’s a fine line, however, that I won’t cross, and that is the one where I sense that the student is essentially trying to get me to write his book report for him.  On biographical details, for example, I point them toward my website, or to other places where they would have found the information if they had tried.  I also shy away from questions regarding theme, symbolism, and other very English-classy subjects where I imagine the teacher wanted them to do some analysis on their own.
Last Sunday, I received this email from a boy named, shall we say, Tom:
hi john i have a question i have read yur book now i have a project to do wit it i kinda wanted to ask yuh how did nathan solve the problem and what was the turning point
That is cut and pasted in exactly the format I received it.  Clearly, it was easier to write an email than it was to read a book.  I have no idea how old “Tom” is, but if he’s been assigned to read Nathan’s Run, he’s got to at least be in middle school.  Plus, his email strummed another sensitive note: respect for the language.  I understand that kids are kids, and that texting language is different than real English, but I figure that I owe some allegiance to the rules of grammar.  So I donned my dad hat and took the high ground with the following response:
Hi, Tom.
Nice to hear from you–sort of.  Let’s start over, with you recognizing that I am an author, and that punctuation, spelling and grammar matter.  If you ask some properly formatted questions, I’d be happy to address them
Best regards,
John Gilstrap
That was me doing my part to be cooperative, yet not compromise my principles.  To this, he responded:
suck my dick Nigga
Again, that’s a quote; word choice and punctuation are his alone.
Well, goodness.  I confess that when I first read his response, I laughed.  It was so . . . startling.  But then I thought about the fundamental lack of respect, and my amusement turned to concern.  I’m sure that in his mind my reply showed disrespect, but come on.  To be really honest, I have second- and third-guessed myself about even posting this here, for fear of seeming like a bully.  At least I changed his name.
I’ll resist the urge to draw a larger conclusion about the state of adolescents today, and instead look to my son and his friends as the models for the actual norm.  (Okay, their adolescence is 10 years in the rearview mirror, but work with me.)  I have often thought that I would like to teach writing at the high school level, but when stuff like this happens, I have to check myself.  My hat goes off to those who do teach, and who find a way to control their anger despite their instinct to smack a kid out of his chair.
Yep, I’m becoming that old guy down the street.
I had the dubious honor of receiving my first fan letter from a guy in prison. Normally I treasure fan mail, especially letters from people who take the time to write in longhand these days, but not this time. I was creeped out that a man in jail wrote to me, especially when he said I’m attractive based on my author photo. He doesn’t realize it, but from the age he stated, I’m old enough to be his mother. I wouldn’t mind compliments about my books, but let’s not make the remarks personal, okay?
It must be terribly boring to be incarcerated. I mean, what else do prisoners have to do besides read? Do prisons have libraries? If not, prisoners would have to rely on friends and relatives to send books.

My fan mentioned that he has pictures of himself on MySpace if I want to look at them, plus he commented on one of my blog posts. That means he has computer access. Are prison inmates really allowed to participate in social networks? Should I be worried that he’s checking out the photos I post on my blog? I don’t get personal, showing photos from research trips, conferences, cruises, and other excursions. But still…someone is watching.
I’m curious about what your response would be in this situation. I have no intention of writing back. What would you do? 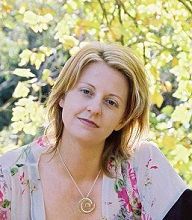 Today TKZ is thrilled to have a tremendous writer from the land down under join us, author PD Martin. In her latest release, Fan Mail, Aussie FBI profiler Sophie Anderson is working a case where fiction has become fatal. A popular crime writer is murdered and posed just like the crime scene in the dead author’s last book.

Could crime fiction incite someone to kill? This is a question I’m often asked, and it’s one of the themes I explore in my third book, Fan Mail.

Having done lots of research on murder and criminal psychology, my belief is that if someone is going to take another human being’s life, reading fictional accounts of murder is not going to push them over the edge. Having said that, we do live in a world where we’re increasingly exposed to violence and graphic crime-scene depictions.

Take the many successful (and entertaining) shows on TV: CSI, Bones, Law & Order: SVU…and then, of course, there’s Dexter. But have we really been desensitized?

A few years ago, after lots of meticulous research into horrific and violent crimes, I honestly believed I was desensitized, almost in a similar way to a cop. I’d imagined some horrible situations and written about them in detail. I was tough!

Or so I thought, until I met Victoria Police’s profiler, who gave me a list of law-enforcement text books to help with my research. I ordered them online and was so excited when they arrived; and the timing couldn’t have been better because I was packing for a week-long writing retreat. I threw the books in my luggage and headed down to the beach.

The first thing I did when I arrived was to unpack the books and start flipping through one…and then I saw it. The first page the book opened to was a photo from a crime-scene in which a woman had been raped then murdered. The killer had tied her down and posed her in a disturbingly revealing way. Next photo: a dead woman with both of her breasts cut off. Next p 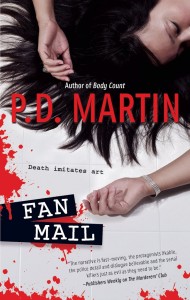 hoto: a decomposing body. Next photo…I think you get the picture. In that instant I realised my so-called desensitization wasn’t real. They say a picture tells a thousand words and in the case of crime-scene photographs, it’s certainly true. The new set of books disturbed me, but they also made me understand my character, Aussie FBI profiler Sophie Anderson, so much more intensely – to be faced with these photos every day and go on….it’s definitely one of the hardest jobs in the world.

I’m thankful that I write fiction because I can make stuff up and no matter how graphic and horrific, I know it’s not real. And this is also a large part of why I don’t think crime fiction can, or would, incite someone to kill. It is fiction, and no matter how descriptive or well written we know it’s not real. Law-enforcement text books on the other hand…they could be very scary in the wrong hands.
So I’m curious: what do you think? Could reading crime fiction serve as the catalyst for actual crimes?

PD Martin – Phillipa Deanne Martin – is an Australian author with a background in psychology. She has written four novels featuring Aussie FBI profiler Sophie Anderson, of which the first three are currently available in North America – Body Count, The Murderers’ Club and Fan Mail. See www.pdmartin.com.au for more information.